By: Cassandra Szklarski, The Associated Press 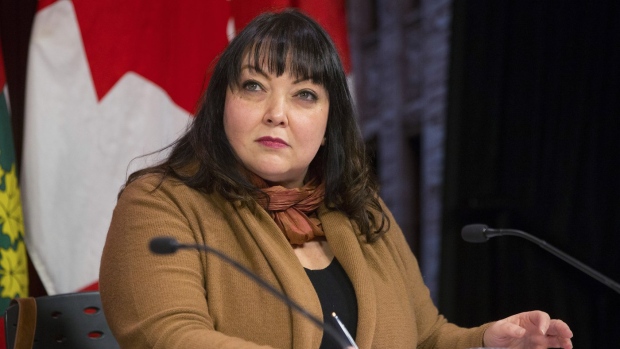 Health-care advocates say they are preparing a possible constitutional challenge to an Ontario law that allows some discharged elderly hospital patients to be forced into a nursing home they did not choose.

Bill 7 passed in late August and came into effect Sept. 21, but the full scope of the law was only realized Sunday when one of its most controversial components kicked in. Ontario hospitals are now required to charge a mandatory fee of $400 per day to discharged patients who refuse to go to a long-term care home arranged on their behalf.

Mehra says there is currently no way to appeal if patients are forced somewhere they don’t want to go.

“We’re going to take it to the courts and ask the courts to strike it down,” Mehra says.

She says details of the planned legal fight will be revealed at a joint press conference Monday co-hosted by the Advocacy Centre for the Elderly.

The province has said the law is meant to help ease pressures on hospitals that have been overwhelmed by emergency visits and surgical backlogs.

The rules apply to hospital patients deemed by doctors to need an “alternate level of care” who have been placed on a wait-list to get into a long-term care home. The province said there are about 1,800 such patients across the province.

Mehra says there are 38,000 people on the waitlist for long-term care.

“The only long-term care homes that would have beds available at all are ones that have terrible reputations for care or are very far away,” she says.

“We’ve looked through the waitlist all across Ontario to see which long-term care homes have the lowest waitlist and those will be the places. They include the homes that the military went into during the (COVID-19) pandemic and found just horrific conditions.”

Mehra says the law also prioritizes hospitalized people waiting for beds, in effect bumping everyone else staying in their homes while awaiting long-term care.

If people end up falling sick because of that, they would end up in hospital and then be discharged to a long-term care facility they don’t want, she says.

“We’re talking about pushing people out of hospitals to die. I mean, let’s get real,” she says.

“It’s targeting the frail elderly. We believe it’s fundamentally discriminatory and ageist and there are other solutions. It’s just that the government will not do that.”

This report by The Canadian Press was first published Nov. 20, 2022.