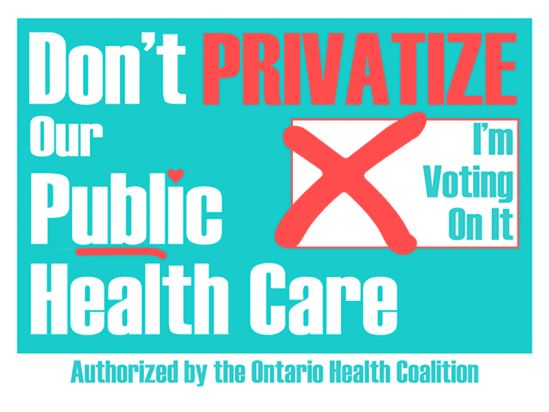 Ontario is a couple of weeks away from the start of a short, one month election campaign, but you would think the election is years off judging from media coverage this week.

In a scan of the home pages of 5 major news websites this morning (April 19) I came upon 1 article, and it was well down the page (below the fold as we say in the print media business) in TheStar.com. It was about how Premier Doug Ford has been using the Easter Break in the Ontario Legislature to campaign.

Aside from that, between the increasingly desperate situation in the Ukraine and the latest COVID figures, the Ontario election is, thus far, a non-event.

She said that the Ontario government has a “plan to make sure that we will allow independent health facilities to operate private hospitals in Ontario.”

Mehra said that the Minister of Health, Christine Elliot, made statements about allowing private hospitals to take on the backlog in health care early in the year, and has been attempting to walk back on those statements ever since.

“The Minister is now claiming that she did no say it, she is saying that we are being inaccurate, but all we hae done is quote her statements, and it is actually in their pandemic plan.”

The Health Coalition has seen attempts to privatise healthcare before, and has been able to fight back by shedding light on government plans.

“We have seen this before and we have defeated it before. And we will defeat it again,” she said as she helped launch an information campaign that will run until the election takes place in early June.”

Mehra was joined by Fay Broden, a long time health care worker and union activist who has been fighting pivatization since the 1990’s.

She said that the situation in long term care at the moment is dire, as the result of COVID.

“It is bad in the municipal and not-for-profit homes because of staff shortages, but it is worse in the private homes. And we saw that with the death rate at the beginning of COVID as well, the death rate was by far the highest in private, for profit homes, but the government is planning to bring in more private long term care homes,” she said. “There is 1 staff member for every 30 patients in some homes. That is not care.”

Dick Zoutman, a retired chief of staff at two Ontario hospitals, who teaches at the University of Toronto and at Queen’s now, talked about the impact of privately run Dialysis clinics, saying the death rates are higher because of practices, such as ending treatment after three hours instead of 4 hours in order to save money and turn a profit.

David Macdonald, from the Global Studies department at Queen’s, has studied privatised healthcare around the world.

He said that “study after study shows that the costs are higher and the level of care is lower. Many jurisdictions who have tried it, have returned to public delivery, but we need to deal with inequality and racism in the public system as well,” he said.

In order to get the message out over the election campaign, the Kingston Health Coalition, which does not endorse political parties, has commenced their own lawn sign campaign.

The Stop Privatization signs will be cropping up throughout the region as the election ramps up next month, and billboard campaign is also being considered. A press conference is also being planned for the day the election writ is dropped, in an attempt to frame the debate over healthcare that will be one of the key areas that will be debated during the campaign.

Before that can happen, however, Ontarians need to realise that an election campaign is underway and that something is at stake, which certainly hasn’t happened yet.