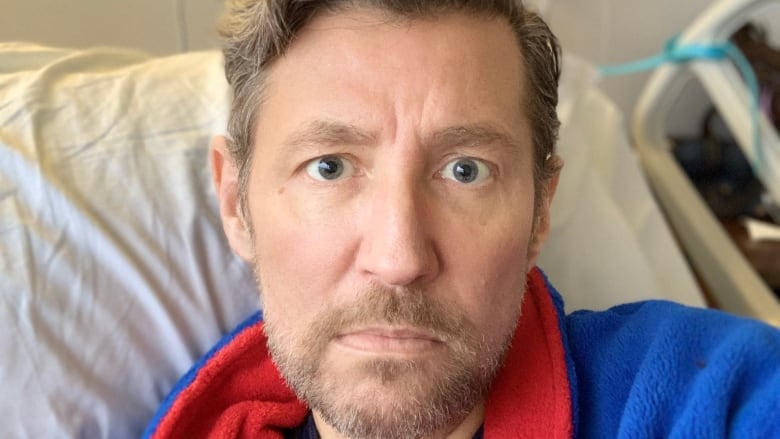 Adrian Lloyd is battling pancreatic cancer. He’s now in isolation after another patient in his shared room at the General campus of The Ottawa Hospital tested positive for COVID-19. (Submitted by Adrian Lloyd)

An Ottawa man with Stage 4 pancreatic cancer says he’s now in isolation after finding out another patient in his shared hospital room tested positive for COVID-19.

Adrian Lloyd, 52, said he was “terrified” when he was told Thursday that someone in his room at The Ottawa Hospital’s General campus had contracted the illness.

“I haven’t lived almost six years fighting pancreatic cancer only to die of a virus.”

He said he had even expressed concern to his care team that a fellow patient was exhibiting symptoms of COVID-19, including a cough that sounded like a “freight train,” but was told the cough was related to the patient’s cancer. Then the story changed.

“They said one of the two people who had been next to me over my stay … had just tested positive for COVID that morning, so then I was exposed, and tested, and immediately moved to a single room,” he said.

Lloyd said his test came back negative, but he’s still being kept in quarantine for another 10 days.

He was admitted to hospital on Nov. 20 to manage symptoms related to his cancer. He said he spent time in both a twin and quad room, and said at one point one of his roommates was allowed to have family visit.

Lloyd said he was notified about the positive case on Nov. 26, the same day Ottawa Public Health (OPH) declared an outbreak on his ward at the General campus. According to the OPH website, there have been five cases and one death due to COVID-19 on the ward.

It’s not surprising that cancer patients are sharing rooms, even during a pandemic, according to Natalie Mehra, executive director of the Ontario Health Coalition.

“Hospitals are full,” said Mehra. “[The Ottawa Hospital] is a very busy hospital. There’s not enough capacity there, and that’s been a situation for years and years. So people are in shared rooms.” 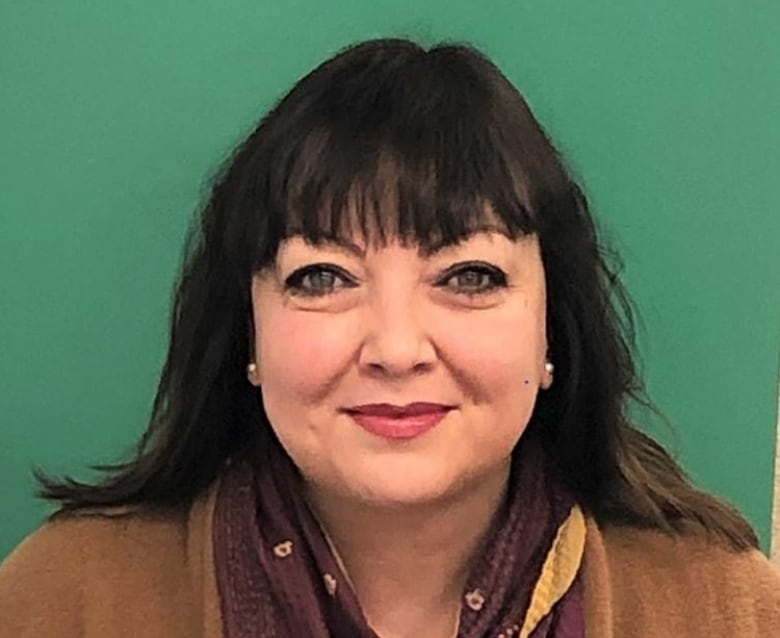 Natalie Mehra is executive director of the Ontario Health Coalition, which works to improve the quality of and access to health care in the province. (Submitted by Natalie Mehra)

According to Mehra, most hospitals are testing patients on admission to try and prevent outbreaks, but COVID-19 has proved difficult to control in health-care institutions.

“This is a difficult, terrible thing about this virus … it’s transmitted by asymptomatic people, and that is a huge issue in the transmission of this disease,” she said.

Still, Mehra said she understands why Lloyd is upset.

“What this patient went through sounds like the same kind of nightmare that we’re hearing in long-term care homes, where … they’re beside someone who’s symptomatic, and it takes days for the person to be tested,” she said.

Lloyd said the nurses and orderlies taking care of him have been exceptional, but he still doesn’t think he should have been put in this situation.

He said he’s worked hard to “beat the odds” during his six-year battle with pancreatic cancer, after originally being told he likely had just two years to live.

“I haven’t lived almost six years fighting pancreatic cancer only to die of a virus,” said Lloyd. “Anyone with seriously compromised immune systems should not be put in a situation like this. I mean, mistakes happen, but this was a highly avoidable mistake.”

The Ottawa Hospital said in an emailed statement Monday afternoon that it doesn’t comment on specific cases. It said an outbreak was declared at the General campus, but all appropriate prevention and control protocols are in place.

“All patients on the unit have been screened, as have any high-risk contacts,” the statement reads. Patients with COVID-19 are immediately placed in their “COVID-19 cohort unit,” and high-risk contacts are put in isolation, it said.