Controversial Bill 7 fees not yet used by Sault Area Hospital 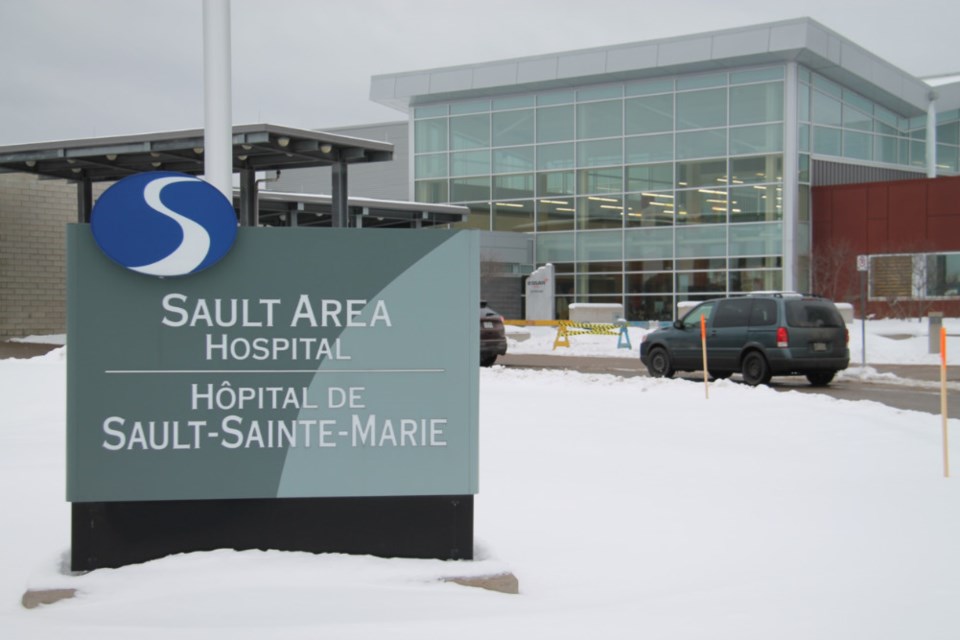 To date, no alternate level of care (ALC) patients at Sault Area Hospital have been charged $400 a day to stay within the hospital’s walls.

Bill 7 – also known as the More Beds, Better Care Act – was passed by the Ford government and came into effect in September.

The government says the new law is necessary in order to free up bed space for hospital patients needing acute care.

As a result, patients in southern Ontario could be moved to a long-term care home up to 70 km away from their families, while those in the Sault and northern Ontario may be moved up to 150 km away.

As of Nov. 20, if an ALC patient refuses to leave a particular hospital for a LTC home not of their choosing, that hospital is required to charge that patient $400 per day.

As reported earlier, the Ontario Health Coalition calls Bill 7 “egregious” and has taken the provincial government to court, stating the act steps on Charter rights of patients.

“I know that Bill 7 is on many people’s minds,” said Ila Watson, SAH president and CEO speaking to the hospital’s board of directors at its regular monthly meeting held on Monday.

“That is not something that we have had to contend with. At this point we haven’t had any such situation to date,” Watson said, referring to Bill 7’s $400 a day clause.

As of Sunday, Nov. 27, SAH had 42 ALC patients, 14 of whom are destined for long-term care, while the balance could have other types of care needs, such as rehab, supportive housing, community services and convalescent care.

Watson said there is “some good news” in that: Extendicare Van Daele Manor has reopened 10 convalescent beds since the onset of COVID-19 with an intake of two patients per week.

“That is an important movement in terms of people having access to the right type of bed and it also helps us with our patient flow.”

“We are averaging four patients placed per week to long term care and our needs remain prioritized,” Watson said.

Another recent development in Ontario hospitals is the number of children being treated in their pediatric and neonatal wards due to a surge in RSV.

Watson told the board on Monday that all hospitals with pediatric beds have been asked to put plans into place to accept pediatric transfers from non-pediatric hospital EDs during the current RSV surge and to make sure enough critical supplies and equipment are on hand.

The board was told that all preparations have been made at SAH, including a surge into SAH’s neonatal intensive care unit (NICU) if needed for babies up to six months old, additional ventilator equipment moved from pandemic stock into circulation, and making sure enough staff are in place.

In addition, adult ICUs will be asked to take children from age 14 and over if faced with a dramatic surge in children’s sicknesses.

In matters relating to SAH’s purse strings, Lisa Bell-Murray, SAH board vice chair, reported that as of Sept. 30, 2022 the hospital reported a surplus from hospital operations of $2.9 million.

That’s $2.8 million better than expected at this point in time.

Bell-Murray said the positive year to date results are due to unexpected funding and that it is possible that the hospital may be in a surplus position by the end of the fiscal year on March 31, 2023.

“However, given that there are still six months to go, and the number of unknowns that may still arise, it is too early to tell with certainty,” the board was told.

Bell-Murray reported that “the hospital continues to be faced with a number of challenges related to demand for services, health human resource challenges, the continued prevalence of COVID-19 and other infectious diseases in the hospital and community. Despite the YTD surplus, the back half of the year will continue to present fiscal pressures.”