COVID-19: Here’s the situation in the Sault this week 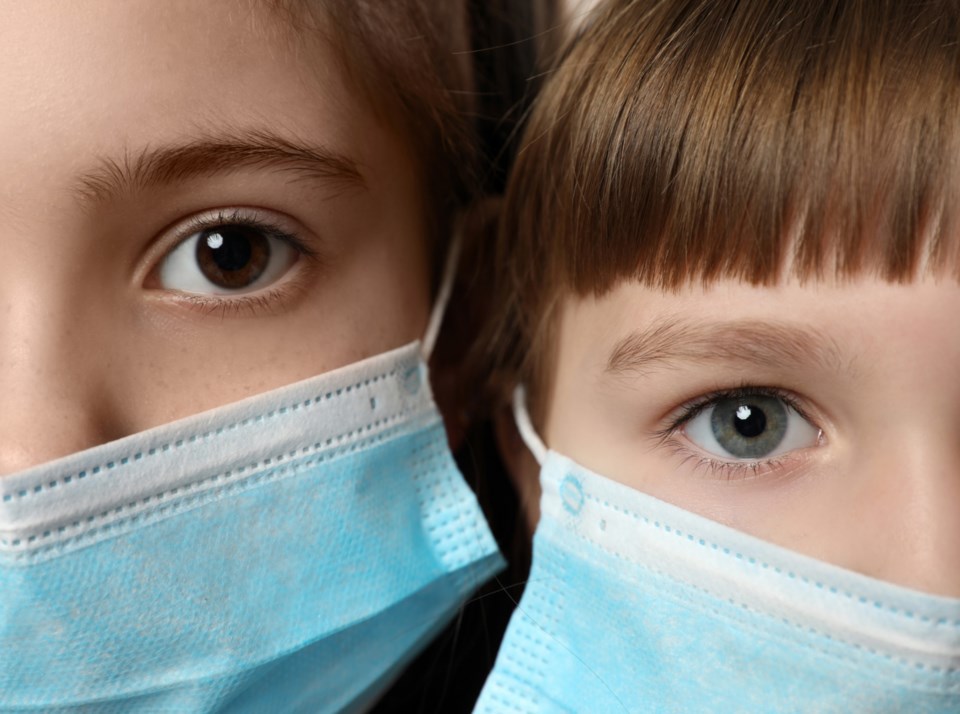 As new provincial COVID cases remain steady at slightly lower daily averages, the province is asking for mandatory three-day hotel quarantines at land crossings. Premier Doug Ford says people are flying in to the U.S, taking a taxi to a land crossing, and walking or driving across the border to avoid quarantining.

Border restrictions and airports fall under federal jurisdiction, leaving the premier with little power outside of lobbying the prime minister for increased safety measures.

Earlier this week, Prime Minister Justin Trudeau has said science will determine when and how Canada’s borders will reopen.

He says scientists are studying the spread of COVID-19 by those who are fully vaccinated, highlighting that more research is need before Canadians will be given the OK to travel again.

Here’s the latest on new cases in Algoma

There were 18 new cases reported in the region this week.

Here are the latest COVID-19 numbers from Algoma Public Health, updated at last night at 5:15 p.m.:

According to data on howsmyflattening.ca, a University of Toronto-led website which collects and analyzes data from Ontario’s COVID-19 cases, 50 per cent of ICU beds in Algoma Public Health’s jurisdiction are currently occupied, two of which are COVID patients.

The data also describes the community risk level for COVID-19 in our region as ‘low.’

Comparatively, in Chippewa County, which covers Sault Ste. Marie Mich. and surrounding area, the COVID-19 data as of Tuesday states:

Here’s the latest on COVID-19 vaccinations in Algoma

Algoma Public Health is continuing in phase one and is expanding into phase two of of Ontario’s 3 Phase Vaccine Distribution Program. As of today at 9:30 a.m.:

This news comes as the provincial government also made the decision to increase the supply of vaccines in hot spots. Elliott says this should not take away vaccines from non-hot spots.

Ontario is also considering having some pharmacies administer a second type of shot to make up for delivery delay.

From a local perspective, MPP Ross Romano said he is not blaming the federal government for the relatively slow pace of immunization and appreciates its efforts, adding “Ontario is the leading province in the entire country in our vaccine rollout. We are at over 30 per cent of the entire population vaccinated.”

“But, we just don’t know when vaccines are coming, and it’s such a struggle,” Romano said, pointing to a recent shipment of Moderna vaccine to Ontario which turned out to be much smaller and later than expected.

‘Freedom rallies’ cause controversy in the Sault

The mayor also urged residents to stay home after information circulated via social media, both in private Facebook groups and public posts, promoting a ‘Stand for Freedom’ event that took place today at Bellevue Park.

This rally took place earlier this afternoon, and around 100 people showed up.

Earlier this week, controversial anti-masker Chris Sky made waves with Sault business owners when the community got wind that his ‘freedom convoy’ was passing through the Sault on route to Toronto.

On Wednesday, Ontario promised to provide workers with $1,000 per week for four weeks as part of a new benefit, if the federal government follows through on indications it is open to doubling the Canada Recovery Sickness Benefit (CRSB).

In the meantime, Labour Minister Monte McNaughton announced that Ontario was introducing legislation that, if passed, will provide three days of paid sick leave to Ontario residents who have to miss work due to COVID-19.

The legislation would require employers to provide workers with up to $200 of pay for up to three days if they have to miss work because of the pandemic. Employers could then apply to be reimbursed for the payments.

The program will be retroactive to April 19 and run until Sept. 25, the same day the federal CRSB expires.

This comes after Trudeau said the federal government is in talks with Ontario to provide paid sick days for workers, but stressed that such leave should be delivered directly through employers.

Locally, the Sault Ste. Marie Chamber of Commerce has called the sick day program a step in the right direction, but says there is more that can be done.

Canada has secured 35 million booster doses of the COVID-19 vaccine for next year, and another 30 million in the year after.

Booster shots are expected to be important as the virus continues to mutate, similar to how the flu shot is altered every year to be effective against the most dominant strain.

Despite the hardship on Ontarians and business caused by the pandemic, there was a 20-year low in insolvencies in Ontario last year.

Insolvencies declined sharply by 24 per cent in 2020, the lowest annual level since 2000, according to the Financial Accountability Office of Ontario (FAO), which released its latest report assessing the impact of the pandemic in the province.

The FAO called this decline in insolvencies “exceptional” among recessionary periods and reflects several unique factors related to the pandemic.

A national advisory panel recommends people 30 and older can get a shot of the Oxford-AstraZeneca vaccine if they do not want to wait for an alternative.

However, Ontario is keeping AstraZeneca shots to those aged 40+ for now due to supply chain issues. the prime minister said on Tuesday that the federal government is still counting on the U.S. to share its AstraZeneca stockpile. He said his government is in close contact with the U.S. about procuring more doses of the vaccine, although how many of the estimated 60 million doses will end up in Canada remains an open question.

This week, Quebec reported an AstraZeneca blood clot-related death, marking the first death of its kind in Canada.

The province’s public health director Dr. Horacio Arruda told a news conference Tuesday that the benefits of the vaccine far outweigh the risks, and the province always knew that rare complications were possible.

The family of the woman who passed away following a blood clot after the AstraZeneca shot urges people to stay alert for symptoms and get help right away if they surface.

Locally, medical officer of health at APH Dr. Jennifer Loo is recommending people balance the risks and benefits of the vaccine.

Loo acknowledged the AstraZeneca vaccine can lead to blood clots and “it can be quite a severe phenomenon, but it is quite rare, more rare than one in 100,000.”

However, two pharmacies have exhausted their supply of the AstraZeneca vaccine, with no clear picture of when they will receive more, or how many doses.

Ontario is providing a new COVID-19 child benefit to help families with younger children cope with the additional costs they might have incurred because of the pandemic.

More information on the benefit can be found here.

An increase in the number of COVID-19 patients dying unexpectedly at home without having called for an ambulance is a troubling new trend that needs further investigation, Ontario’s chief coroner said on Friday.

Why exactly patients who don’t appear to be seriously ill are suddenly taking a drastic turn for the worse has yet to be determined, Dirk Huyer said in an interview.

Between April 1 and April 22, coroners have seen 25 cases of people in southern and central Ontario who have died of coronavirus disease at home. Ages of the victims ranged from the late 20s to their late 80s.

Ontario’s coroner report also states that migrant farm workers coming to the province from other countries are at higher risk of contracting COVID-19 and other infectious diseases due to their communal living and working conditions. The report recommends putting isolation centres in place, setting up an anonymous phone line for reporting concerns, and conducting random tests for COVID-19.

While many people are taking the opportunity to get a new pet during the pandemic, some pet owners are facing difficulties finding a vet to take them on.

Dr. Gary Palmer, who’s been a veterinarian at Sault Ste. Marie Animal clinic for almost 30 years, says that the shortage of vet care comes from a combination of COVID-19 and a shortage of vets in the area in general.

When asked if there are any plans in place to fix the issue, Palmer said that it’s not something anyone has much control over.

Ontario’s Ministry of Long Term Care unveiled new moves it said could ease strain on a hospital system stretched to the limit by mounting COVID-19 cases, as public health officials in one hot-spot region partially closed two warehouses due to the virus.

The ministry announced Saturday that it will try to free up hospital beds by waiving fees for patients who agree to take a spot in a home that may not be their first choice until they’re placed in the facility they want.

On Wednesday, Ontario gave hospitals the power to transfer patients to long-term care homes or retirement homes temporarily to free up space. Ontario’s health minister said the new temporary powers should only be used in the omst urgent of situations.

Meanwhile, the Ontario Health Coalition held a virtual protest on Tuesday calling for the provincial and federal governments to implement nationalized standards for long-term care facilities.

Throughout the online protest, family members shared heartfelt stories about how their loved ones were left in isolation and without care during outbreaks of COVID-19 in long-term care facilities.

In a special report, Ontario’s Auditor General Bonnie Lysyk took aim at overcrowding, poor ministry oversight, and a severe staffing shortage that existed even before the pandemic struck.

Ontario’s Minister of Long-Term Care Merrilee Fullerton has deflected some of the criticism, claiming the problems that occurred in long-term care homes during hte pandemic were ‘decades in the making’ and ‘a tragic result of years of neglect and underfunding’ in that sector.

Why Indigenous peoples are a priority population for the vaccine rollout

Many people are struggling to understand why our Indigenous populations are a priority when it comes to getting vaccinated.

These comments are rooted in the perceived notion that everyone is equally susceptible and vulnerable, while in fact the data shows otherwise.

Fringe North to go virtual in 2021

The Fringe North Theatre Festival will make a virtual comeback this summer after being sidelined by the COVID-19 pandemic last year.

Interim president and artistic director Tova Arbus says the overarching goal is to “refresh” the idea of Fringe North as a community festival, while engaging with local artists to show that the festival is ultimately there to support them.

Racing to return at Kinross Speedpark in Sault, Mi.

Officials at Kinross Speedpark announced over the weekend plans to run this summer, marking the first race action at the track since the summer of 2019.

This comes after COVID-19 forced the cancellation of the 2020 season.

155 Borden Gray GC Royal Canadian Air Cadet Squadron cadets (12 to 18 years of age) and their adult instructors are meeting virtually through the use of tools such as Zoom and Microsoft Teams during the COVID-19 pandemic.

Classes for cadets are still held virtually one night a week, those classes covering topics such as leadership skills, good citizenship, the importance of physical fitness and healthy living.

Transat announced it will be receiving $390 million, which will be used to help support its business, while $310 million will be used to provide reimbursements to travellers whose flights were cancelled due to the COVID-19 pandemic.