COVID cases are ‘exploding’ in long-term care and retirement homes 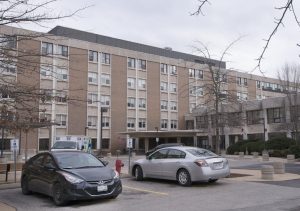 “One tragedy on top of another tragedy,” was the prediction of the Registered Nurses’ Association of Ontario between waves of the pandemic when no meaningful changes were made to shore up seniors’ homes.

“A horror movie,” was how Dr. Amit Arya describes the first wave in long-term care. The virus spread like wildfire, homes were desperately short-staffed and residents accounted for roughly two-thirds of deaths.

“We really have not done anything close to what we should have done to prepare for the second wave,” said Arya, assistant professor in palliative care at McMaster University.

As a result, “we’re shaping up to have a worse second wave,” says Natalie Mehra, executive director of the Ontario Health Coalition.

Outbreaks in Hamilton show seniors’ homes are again becoming the epicentre of the pandemic.

Hamilton had 21 deaths in 15 days at outbreaks in seniors’ homes from Nov. 2 to Nov. 16. Three were reported Tuesday from Chartwell Willowgrove long-term-care home, bringing Hamilton’s overall pandemic death toll to 70.

Twelve seniors have now died in the outbreak at the Ancaster home that has seen 67 infected since it was declared Oct. 22.

“We know that this is an exceptionally difficult time and the deep concern this creates for family members,” Chartwell spokesperson Sharon Ranalli said in a statement. “We continue to do everything possible to minimize the further transmission of the virus.”

The number of large active outbreaks in seniors’ homes in Hamilton is troubling.

St. Joseph’s Villa in Dundas has 38 cases and one death.

The Village at Wentworth Heights at 1620 Upper Wentworth St. has 14 infections and two deaths.

“The staffing levels were far too low after the first wave,” she said. “Now they’re at levels we’ve never seen and the homes don’t have the resilience to deal with it.”

Instead of hiring new staff for seniors’ homes during the lull between waves, Ontario lost workers, which Arya calls “a disaster and catastrophe.“

The workers who are left are “exhausted” after putting in overtime and in some cases having their vacations cancelled, said Grinspun.

“They’re frustrated, exhausted, wanting to give good care and not able to because they don’t have enough hands,” she said. “On top of that, community spread is only increasing which brings the virus inside.”

Getting COVID-19 under control in the community is key to stopping the spread in seniors’ homes.

“As the level of community transmission goes up, inevitably the infections are happening in long-term care,” said Ontario’s associate chief medical officer of health, Dr. Barbara Yaffe. “Unfortunately in those settings, the infection … spreads quite quickly.”

“Rapid testing must be deployed on an urgent basis,” said Ranalli. “The very nature of the rapid spread of this virus, most especially for those who are asymptomatic … means we can’t depend on screening or surveillance testing alone.”

“If I was concerned in the summer I’m even more concerned today,” she said. “The province is sleeping at the switchboard.”