By: Teresinha Medeiros, AM 800 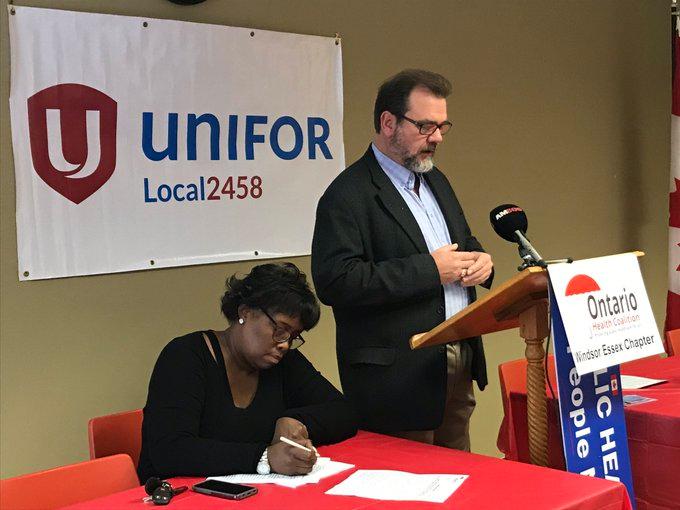 WINDSOR — The Windsor Health Coalition is calling for more support from the public as it fights to improve working conditions for Personal Support Workers in long-term care homes.

The report was the topic of discussion on Thursday at a meeting and news conference held by the Windsor Health Coalition.

Coalition officials point out operators are not replacing staff when they are sick, which leads to chronic under staffing and less care for residents.

Former PSW and now union rep with Unifor Local 2458 Shelley Smith says staff have to prioritize their work with no help from management.

“I have not seen a time where PSW have been so under valued, under appreciated and totally disrespected,” she says.  “They have become the blame of what is going on in this sector.”

She also notes that most of the jobs are part-time and it could take up to ten-years to get full-time work.

“In one year, there was an 85% turnover,” he says.  “What does that do to the continuity of care that we deserve, that is enshrined in the health act.”

He says PSWs are over-worked and underpaid.

“They are frightened of the levels of aggressive behaviours and violence that they face. They feel they are being held accountable for a level of care that is impossible to provide with the resources that they have been given.”

There are approximately 80,000 long-term care residents in Ontario.