The provincial Tories have wanted to kill the LHINs since 2011 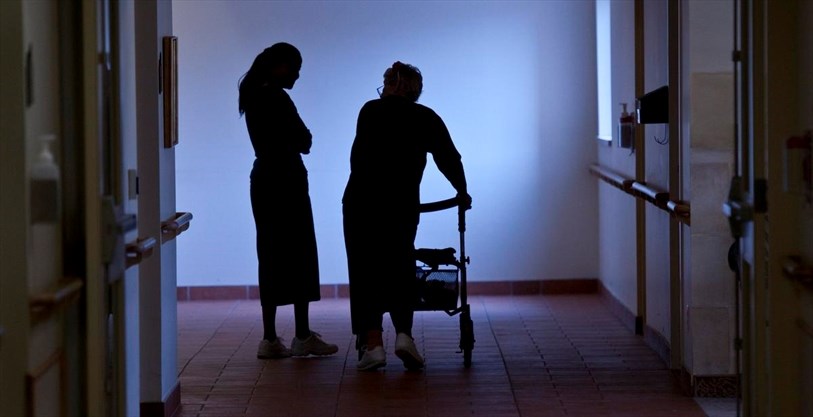 While Ontario’s most urgent problem is the thousands of people stuck on unbudging wait lists for a nursing-home bed, barriers to care can also arise once a senior secures a placement. – Scott Gardner , Hamilton Spectator file photo

Turn back the clock five years, when Ontario was in the midst of an election, and you’ll find headlines about a familiar plan to overhaul the province’s health-care system.
Then Progressive Conservative leader Tim Hudak had set his sights on Ontario’s 14 regional health authorities, the Local Health Integration Networks or LHINs. They cost too much and contributed little to patient care, he said as far back as 2011.

“Go into your local LHIN and ask them to check your blood pressure,” Hudak said on the campaign trail in 2014 while proposing the creation of 30 to 40 “health hubs” of local agencies to replace the LHINs.

Leap forward to 2019 and another Tory leader, Premier Doug Ford, fulfilled Hudak’s promise and announced the demise of the LHINs.

Instead, Ontario will have dozens of local health teams made up primarily of providers — hospitals, family doctors, home care and so on — operating under a single, provincial super agency called Ontario Health.

“The teams will actually be involved in the care — not from a bureaucratic level — but dealing at a patient level,” said Donna Skelly, Conservative MPP for Flamborough — Glanbrook. “More of a hands-on service.”

The massive overhaul of the health-care system in Ontario came into effect June 6 under the Connecting Care Act. An investigation by The St. Catharines Standard and The Hamilton Spectator provides the most comprehensive coverage to date of the restructuring, considered the biggest change since Medicare.

The LHINs are now being dismantled in a piecemeal fashion. On June 19, hundreds of administrative jobs were eliminated at the 14 LHINs, including 35 at the Hamilton Niagara Haldimand Brant LHIN.

Many found out through the media, states an email obtained by The Spectator to LHIN staff from CEO Donna Cripps dated June 19.

She appears to contradict the government’s position that the layoffs were jobs that have no impact on patient care.

“Each HNHB LHIN staff person is important to our organization, and every HNHB LHIN employee plays a vital role in ensuring the people who live in our LHIN receive the best possible health care,” states the email. “While voids have been created on our teams and our organization, I know that those remaining will continue to provide the services our patients require and support the health-care system in our communities.”

With more layoffs likely to come and new regional health agencies being formed, the fate of the LHINs is sealed. But were they the failure the Tories have long said they were?

For many health-care leaders, the answer is yes.

“I understand why the government is trying to do something with the LHINs; there’s a case of it is broken and it needs to be fixed,” said Marvin Ryder, former board chair of Hamilton Health Sciences (HHS).

“Basically, they were the Toronto bureaucracy dispersed into the community,” he said. “Every hospital had to submit its budget to them and, in theory, they approved that budget, but they never really pushed back on anything. In terms of finding some of those efficiencies that other jurisdictions did with regional health care, that never happened.”

Others, however, feel the LHINs have played a crucial role in regional health planning and co-ordinating care — particularly community care.

“These are important and necessary functions,” said Michael Hurley president of the Ontario Council of Hospital Unions and the Canadian Union of Public Employees. “While there certainly were issues with the LHINS and they have been unpopular, they have fulfilled an important co-ordination need.”

The government argues it can take the precious health dollars being spent on LHIN administration and put it back into patient care.

“The LHINs, probably initially, was a good idea, but like so many things in government, the LHINs became bloated as more and more bureaucrats were hired and dollars were being diverted from front-line care,” said Skelly.

But former Liberal deputy health minister Dr. Bob Bell says the Tory complaint about the administrative costs dragging down the health system is largely a canard.

The LHINs cost about $90 million to operate in a total health-care budget of more than $60 billion.

It’s hard to measure the overall success of the LHINs, as Ontario Auditor-General Bonnie Lysyk outlined in her 2015 annual report, because the government didn’t develop a way to determine how effectively the networks planned, funded and integrated the health-care system. The LHINs themselves also didn’t have a way to assess their progress.

But the impression among the vast majority of health providers was that the LHINs fell far short of their goals, with only one in five surveyed by the auditor general saying the networks were on track.

“The LHINs have not been able to fulfil the potential that was seen for them,” said Rob MacIsaac CEO and president of HHS. “I think you could probably write a master’s thesis on why that is. I think everybody, including the folks working at the LHINs, would say status quo is not where we should be.”

But are the Ontario Health Teams (OHT) the answer or ultimately LHINs by another name?

One key difference is that LHINs were far more accountable to the communities they served. The networks fell under freedom of information legislation and were required to have open board meetings, public consultation and a clear governance structure. The same can’t be said of OHTs so far.

“There are no elections, public governance, access to documents, right to appeal, no open board meeting — there is nothing,” said Natalie Mehra, executive director of the Ontario Health Coalition. “No norm of democratic governance at all in the legislation.”

LHINs were autonomous bodies while the teams will be an “extension” of the super agency, says Ontario Hospital Association president Anthony Dale.

It raises questions about how big of a voice communities will have in the health-care system once a super agency is in charge. It’s unknown how much Ontario Health will consult the teams, if at all, before making decisions that used to be the domain of the LHINs.

“The ‘Local’ in our name — Local Health Integration Network — is what has made the organization unique,” said Cripps.

“Each of the 14 LHINs across the province is unique, as are the communities within each LHIN. Understanding those local communities — whether they be urban, suburban or rural — understanding the health-care needs of the people who live, work and play in those communities, and ensuring the right care is accessible, has been the role of the LHINs.”

She points out LHIN staff are located in the area they serve and meet regularly face to face with health-care providers and patients.

And the LHIN board was both located locally and open to the public — unlike the super agency board.

When the LHINs were announced by the Liberals in 2004 and started operating in March 2006, giving communities a say over local health care was as much the goal as integrating services.

“The opportunity for public comment is going to be significantly reduced,” said union president Hurley. “These are, for many people, vital services, so they are very interested in them and they should have a say about them.”

LHINs also span a wide area, allowing integration of care across communities. The network serving Hamilton, Niagara and Burlington covers a population of 1.4 million, including Brant, Haldimand and Norfolk.

The communities have developed ties in a number of ways, including Niagara Health and St. Joseph’s Healthcare sharing a CEO, the Walker Family Cancer Centre in Niagara being affiliated with Juravinski Cancer Centre in Hamilton and the LHIN funding 45 mental health and addictions programs, with some spanning the entire network.

It’s unclear how OHTs will manage overlapping jurisdictions with deputy health minister Helen Angus saying they are still trying to “solidify that” during a conference call with applicants July 18.

Adding to the confusion is that teams are supposed to be restricted to geographic areas with populations up to around 500,000.

Hamilton, with a population of more than 536,000 in 2016, could end up eventually being split into more than one team. Although, right now there is only one Hamilton OHT application.

Without a doubt, the biggest difference in the new system is that the power wielded by the super agency is far beyond the LHINs.

“I don’t think the LHINs were set up for success,” said Dr. David Price, head of family medicine at HHS and McMaster University. “I think it was a challenge for them because they didn’t have all the levers and couldn’t make the decisions. I think, in many cases, they knew what needed to be done, but they didn’t have the authority to do it.”

The Ontario Health Coalition says the LHINs had very little budget clout, with most of the funding simply flowing through the networks.

In the end, the LHINs’ ultimate failure is seen by many to be their inability to break down the silos that still exist in the health-care system.

“They didn’t get the real guts of integrating health care accomplished,” said John Fleming, co-chair of the proposed Hamilton OHT.

LHINs were too separate from the patient, says Conservative MPP Skelly. The OHTs are meant to be less bureaucratic and, instead, provide patients with a single local agency to connect them with the services they need and help them navigate the health-care system.

“Right now, there is such a disconnect between the LHIN and the patient,” said Skelly. “This pulls it closer to the patient. It’s more of a local delivery model.”

Even the head of the Hamilton Niagara LHIN said the health teams may result in an improved patient experience.

“Local teams of health-care providers will know and understand each patient’s unique needs and provide appropriate, high-quality connected care,” said Cripps. “By relentlessly focusing on patient experience and on better connected care, patients should see that these changes lead to a reduction in wait times and an end to hallway health care.”

Ryder’s not sure the super agency and OHTs will be the magic bullet to end hallway medicine, but he believes the system has to change.

“I can’t imagine it’s going to be any worse than it was before,” he said. “Maybe it can be better.”

What the LHIN accomplished

• Experienced mental health crisis workers go with police officers as first responders to 911 calls. The Mobile Crisis Rapid Response Team provides immediate care to those in the midst of a mental health crisis, diverts patients from emergency rooms and connects them to the community-based services they need. The program was originally launched with St. Joseph’s Healthcare and Hamilton Police Services and has now been rolled out across the LHIN and in other Ontario communities.

• To ease hospital overcrowding, the transitional care program was created to provide a place to go for patients ready to be discharged from acute care while they wait for other services like home care or long-term care. It provides a more appropriate environment than a hospital so patients can recover strength and independence while a longer-term solution is found.

• More area residents with mental health issues have safe housing and access to the care they need because of a supportive housing model started in Hamilton and expanded to Simcoe. Residents at two Hamilton locations can get health care at home in the partnership between the city of Hamilton, St. Joseph’s Healthcare, Hamilton Community Foundation and Indwell.

Who is on the list: Roughly 70 per cent are managers, directors and vice-presidents while the other 30 per cent are nurse practitioners and care co-ordinators.