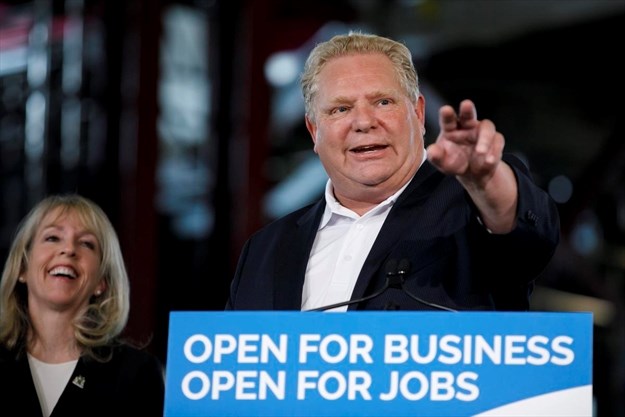 During his provincial election campaign, Doug Ford made extravagant promises to remedy the ills afflicting publicly funded health care in Ontario. Short of making any progress in addressing problems, the premier’s policies appear to represent backward steps.In announcing his cabinet shuffle this month, Ford made an extraordinary appointment that provides insight into the puzzling disconnect between promises and policy.

The first of Ford’s health care campaign promises was an end to “hallway medicine” and hospital overcrowding. The campaign provided no insights as to the innovations necessary to resolve this now chronic hospital dilemma. Whatever the still-to-be-revealed innovations are, they would require more, not less, resources.

In the government’s recent budget, delivered by the now demoted finance minister, hospital funding was set at less than the rate of inflation. This means real dollar cuts to hospitals and further pressure on already-stressed facilities.

In keeping with the budget decision, hospital service cuts include the closure of surge beds designed to help with transient large increases in required care, such as a flu epidemic. Targeted cuts in staff and hospital services have occurred in Sudbury, Toronto, Kitchener-Waterloo, Windsor and other communities.

The funding reductions do not come to an Ontario health care system with excessive resources: indeed, Ontario already has fewer per capita hospital beds than any other province — a fact that, no surprise, is never acknowledged in government statements regarding Ontario’s hospital care. So much for ending hospital overcrowding.

The only apparent action the premier has taken on the mental health front is cutting, by more than $330 million per year, the previous government’s planned increase to mental health funding.

Could the premier’s health care campaign promises have been nothing more than a sop to reassure a worried public? Could it be that Ford actually has an antipathy toward universal publicly funded health care?

A truly remarkable appointment in the premier’s cabinet shuffle suggests this might be the case. The new Minister of Long-Term Care, Merrilee Fullerton, a former family doctor, has made repeated statements suggesting advocacy for two-tiered privatized health care system.

Fullerton had a blog about the health care sector for several years. She often advanced the idea of introducing a second private tier of care in Canada, referring to her ideal “hybrid system” of care.

And, later: “It’s almost at a point now where people are being given the idea that people have a duty to die for the system.”

Our premier’s priority seems to be reducing the size of the government and government expenditure. Some previous governments with similar agendas have spared health care.

As reflected in Dr. Fullerton’s appointment, the current Ontario government’s lack of commitment to high quality universal health care may explain why hospitals and mental health are on the chopping block. So much the worse for citizens of Ontario.

Dr. Gordon Guyatt is a distinguished professor in the Department of Health Research Methods, Evidence and Impact at McMaster University and an executive board member of the Ontario Health Coalition.

Dr. Gordon Guyatt is a distinguished professor in the Department of Health Research Methods, Evidence and Impact at McMaster University and an executive board member of the Ontario Health Coalition.