Editorial: A long-term care review is badly needed. Let’s do it right 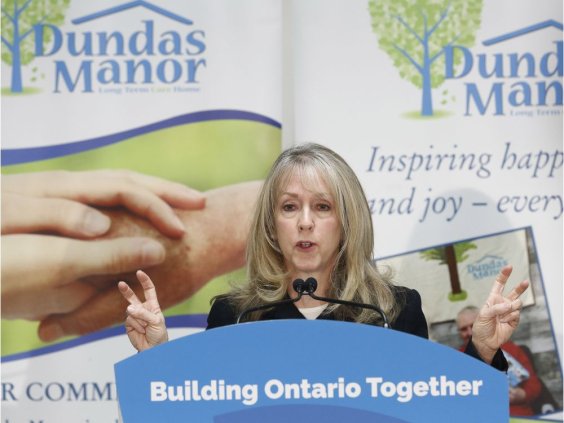 Dr. Merrilee Fullerton, minister of Long-term Care, has a big job on her hands given the state of Ontario’s elder care. Photo by Tony Caldwell /Postmedia

Long-term Care Minister Merrilee Fullerton says Ontario will “review” its system of looking after the frail and elderly. This is overdue, given the staggering proportion of COVID-19 deaths among nursing home residents. It should not have taken courageous families and front-line workers talking to media about conditions at Ottawa’s Madonna Care Community, or the high number of people lost at the Pinecrest Nursing Home in Bobcaygeon, or the tragedy of Almonte Country Haven long-term care, to prompt fresh scrutiny.

The review, when it comes, must be a thorough, public exercise. But it must also go beyond the tiresome ideological battle lines of “private bad, public good” (and non-profit presumably somewhere in between), which seem to constantly paralyze discussion of health care. All are part of the problem, and all will be part of the solution.

Meanwhile, management of long-term care – private, public and non-profit – has revealed devastating lapses too, for instance around staffing and salaries. A recent Ontario Health Coalition study found that 700 of the 1,057 deaths in care homes – or two-thirds – were in for-profit facilities (such institutions account for 58 per cent of long-term care homes in the province). Tough scrutiny is warranted.

Is the problem, as one academic gently suggests, that “the logic of profit is not the logic of care”? No; profit is not inherently bad. Privately run grocery companies have adapted quickly to minimize disruption to our food supply chain, an essential service. Profit-seeking internet service providers are one of the reasons many people can work from home. Your doctor’s office is also a private business, delivering an essential public service. It would be too easy to argue that the profit motive is the underlying problem in long-term care, already one of the most highly regulated parts of the health system.

Last year, when the Wettlaufer Inquiry findings were released (Elizabeth Wettlaufer was the nurse who murdered eight seniors in care), commissioner Eileen E. Gillese noted that “while the long-term care system is strained, it is not broken.” Rather, she concluded its problems were system-wide, and that fixes would require “collaboration, co-operation, and communication” across that entire system.

It’s going to be a tall order to improve long-term care. Let’s get started, with a sense of urgency and an open mind.