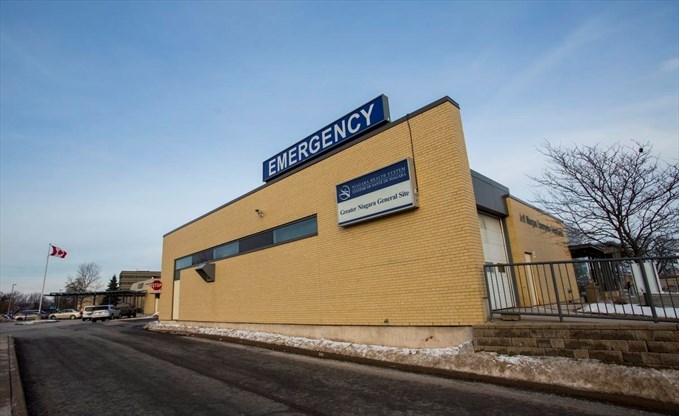 The numbers were surprising but really, they only confirmed what we all already pretty much knew: Most days, our hospitals are very, very crowded.

“We’re facing a health-care crisis in Niagara,” said MPP Wayne Gates, after a CBC report showed Greater Niagara General Hospital in Niagara Falls was over-capacity for 176 of the first 181 days in 2019.

The Niagara Falls hospital isn’t unique, just symptomatic of what is happening at many of Ontario’s hospitals.

“We need immediate supports and funding for this site to remove the overcrowding,” Gates said, calling for a quick start to the new Niagara Falls hospital plus better access to health care for seniors.

It’s easy to demand the government come up with billions of dollars, right now, when you’re in the opposition. But Gates is right.

There is no hiding from the fact providing adequate access to health care is going to be monstrously expensive for Ontario going forward.

Or from the fact more should have been spent in the past so we wouldn’t face such a big bill now. For that, Doug Ford’s Conservatives, the former Liberal governments, must share the blame.

But it’s not as simple as building new, bigger hospitals (though that remains part of the solution).

If people are waiting too long to be moved out of the emergency or hallway and into a proper hospital room, it’s because emergency departments are overcrowded and there are too few long-term care beds to move older patients into.

That’s still six years away, and with more study there is time for that plan to change. We believe it has to.

Closing them would only add another burden to our over-burdened hospitals.

Rather than fewer urgent-care centres, we need more of them. At least, bigger and better ones in areas like Fort and Port.

And on Friday, the Ontario NDP reported no new long-term care beds were created in Niagara Falls from 2014 through 2019, even as 434 people in that city were on a waiting list for a bed.

That’s inexcusable, based on the province’s own studies.

A projection of population growth from 2018 through 2046, carried out by Ontario’s finance ministry, shows in that time the province’s population will likely grow by 38 per cent, to about 19.8 million people from the current 14.3 million.

The number of people 65 and older, though, will nearly double.

Right now, seniors make up about 16.9 per cent of Ontario’s population. By 2046, they’re expected to represent about 23.4 per cent — nearly one in four residents.

The number of seniors who require long-term care, either in a seniors’ home or nursing home, is going to overwhelm the health-care system if action doesn’t start soon.

Currently, the issue of seniors taking up a hospital bed while they wait for an opening at a long-term care facility is a major cause of hospitals working over capacity.

From urgent-care centres to hospitals and then long-term care facilities, the most efficient way to ease the bottleneck in the middle is to relieve the pressure at both ends.

That means people will have to accept higher taxes to fund this work the province will have to lead, along with the private sector.

If there is a different, cheaper solution we’d all love to hear it.