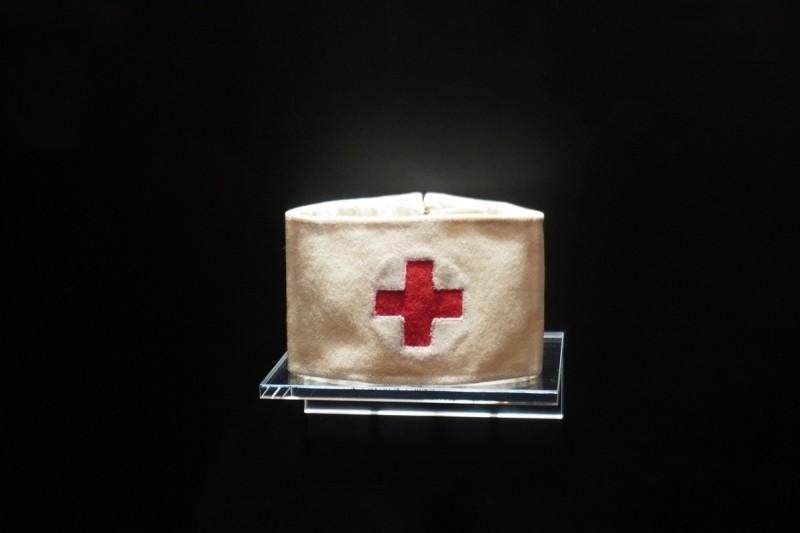 The Ontario Health Coalition is warning against unprecedented health care privatization and is calling for it to be a key election issue. Photo by Internal Museum of the Red Cross and Red Crescent/ Unsplash.

As the writ was dropped for the June 2 provincial election, the Ontario Health Coalition warned against unprecedented health care privatization and called for it to be a key election issue. The Coalition also outlined a set of health care priorities for Ontarians.

First, on privatization: The Ford government is privatizing an array of health care services, including in seniors’ care where 4,500 residents and staff have now died as a result of COVID-19 alone, one of the worst records in the world. The majority of the deaths are in for-profit long-term care homes. Untold numbers of residents also died of horrific neglect. Yet, the Coalition reports, despite Mr. Ford’s promises, no one has been held accountable. Not one long-term care home operator has been fined. Not one has lost its license.

Despite media reports that contain false information, this is not a question of cost. Under the Mike Harris Conservative government in the 1990s, Ontario began funding for-profit corporations to build long-term care homes that they would then operate for their own profit. This has continued ever since. The public funds the building of the long-term care homes, whether they are built by for-profit, non-profit or public entities. The current capital funding program is here. The for-profit long-term care industry is largely a real estate and equity investment industry, in it to take out as much profit as possible. They are not building free homes as a gift to elderly Ontarians.

The Coalition warns that the current privatization of long-term care, unless it is stopped by the next provincial government, is an issue that will impact millions of Ontarians for an entire generation to come. By his government’s own admission, Doug Ford is midstream in privatizing more than 18,000 long-term care beds, under new 30-year licenses. There are 31,000 long-term care beds with licenses that are about to expire in Ontario. Those are old, outdated beds with licenses that end in July 2025 and they must be rebuilt. The public is paying for those beds to be redeveloped and, on top of them, for approximately 15,000 new beds, promised by all of the major Ontario political parties. If the Ford government succeeds in handing tens of thousands of these beds are privatized to the for-profits, then those for-profit, mostly chain companies, will own and operate those beds for their own profit—paid by the public and residents—for the next entire generation. 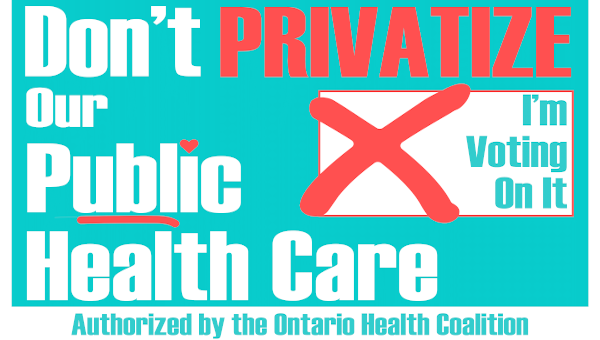 We are at a crossroads. The 46,000 new and rebuilt beds can tip the balance in Ontario’s long-term care back to a majority of non-profit and publicly owned homes; a balance that was tipped to become majority private for-profit when the Mike Harris government privatized thousands of long-term care beds. The Coalition has called on all Ontario political parties to stop the handover of these tens of thousands of long-term care beds that we—the public—are paying for, to for-profit companies and instead to build them as public and non-profit beds.

“We watched in horror as thousands of long-term care residents died, many preventably, and most of them in for-profit homes,” she said. “Here, in modern day Ontario, people died of dehydration, of starvation, of complete lack of care and negligence. At the same time, the for-profit owners of the long-term care homes responsible for their well-being took literally tens of millions of dollars each month in profits for themselves.”

“It is a blight on the soul of our province and our nation,” she warned. “Not only has the Ford government failed to hold the companies responsible for such suffering accountable in any way, he is actually rewarding them with thousands of 30-year contracts. It is horrific.”

“As a people, as a province, we cannot let the deaths and suffering of the thousands of human beings and their families go in vain. We are asking media to tell this story. We are asking Ontarians to make sure that when candidates come to their doors, they are told to stop the privatization of long-term care and improve care. It will matter for millions of Ontarians for an entire generation to come.”

The Coalition—which represents more than 750,000 Ontarians, 400 member organizations, and a network of 40 chapters across the province—is calling on all political parties to stop the for-profit privatization of health care and finally really make the improvements needed in long-term care.

The Coalition is calling on all provincial parties to do the following:

“Ontario is one of the wealthiest provinces,” said Mehra. “We cannot go back to the same patterns of growing inequality and inadequate care before the pandemic. We must safeguard our principles and rebuild a health care system in the public interest to serve Ontarians for the next generation. These issues should be key election issues.”