Gates ‘shocked but not surprised’ by overcrowding stats at GNGH

By: Richard Hutton, Niagara This Week 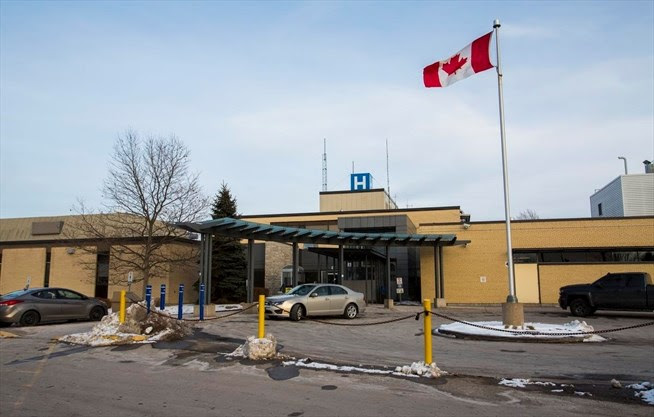 Niagara Falls NDP MPP Wayne Gates says he’s “shocked but not surprised” to learn Greater Niagara General Hospital was over capacity for 176 of 181 days during the first six months of 2019.

“These stats should be a slap in the face to the government. (Premier Doug) Ford’s government has the ability to provide that care — so what are they waiting for? What other stats do they need to see before they act?”

Gates was responding to a story published Wednesday by CBC News, which reported some of Ontario’s hospitals are filled beyond capacity nearly every day.

Research by CBC News revealed overcrowding has become so common in Ontario hospitals that patient beds are now placed in hallways and conference rooms not only at times of peak demand, but routinely day after day.

New data obtained by CBC News through a freedom of information request shows five hospitals in the Greater Toronto Area, as well as the main hospital in Hamilton, Sudbury, Peterborough and Niagara Falls all spent more than 160 days over their funded capacity during the 181-day period from January through June 2019.

“We need immediate supports and funding for this site to remove the overcrowding. From there, we need an immediate plan to get shovels in the ground for our new (south Niagara) hospital (in Niagara Falls) so people can have access to state of the art care when they need it. Our community is expanding as new families enter it and at the same time, we have a rapidly increasing population of seniors. Both of those groups need access to decent health care.”

Gates said he was aware of problems after he met with Niagara Health leadership about six weeks ago.

He said that more supports and funding are needed to alleviate the problem.

“Funding was increased 1.7 per cent year over year,” Gates said. “But in talking with the NHS and with our aging demographic it should be 5.3 per cent.”

He said the problem is not the fault of the Ford government alone and that the previous Liberal governments under Dalton McGuinty and Kathleen Wynne share the blame through chronic underfunding of health care across the province.

Niagara West MPP Sam Oosterhoff said the Tory government has been taking action and will continue to do so, but that the issue is a complicated one.

“There is no silver bullet,” he said. “We’re taking a multi-pronged approach. A lot of different actions are being taken to address the situation.”

He pointed to the province’s commitment to 30,000 long-term care beds being created over the next five years with 300 of them in the works for Niagara.

“There were only 2,000 created in the whole 15 years of the previous Liberal government,” he said.

Additionally, he said, the government is making sure supports are available to keep people out of hospitals as long as possible.

“There are community measures like Telehealth that will help provide access to the health-care options available at home. Another way is through Bill 74, The People’s Health Care Act, which is breaking down barriers, forcing agencies to work together for patients.”

“A lot of people I have spoken to said many people are ending up in emergency rooms because of mental health issues. The minister of mental health and addictions, (Michael) Tibollo, has experience in that area.”

Dr. Derek McNally, vice-president of clinical services and chief nursing executive for Niagara Health, agreed there is no one solution to ending overcrowding, calling it “a complex matter” that is a continuous challenge, not just in Niagara, but across the province.

There are many causes, including ALC patients in ERs awaiting inpatient beds.

“It backs the system up, then it creates a long, lengthy stay (in emergency rooms).”

McNally said Niagara Health received $2.9 million in funding last year that resulted in two new programs — Niagara Health at Home and a rehab outreach program that are now up and running that will help.

Natalie Mehra, executive director of Ontario Health Coalition, said she is not surprised by the findings and that it’s the result of decisions made by the hospital in response to underfunding.

For example, she said, entire floors have been closed and beds removed from hospitals in Port Colborne, Fort Erie and Welland.

According to the OHC, there are 14,320 fewer hospital beds staffed and in operation compared to the average of other provinces in Canada.

Additionally, the coalition said, Ontario’s wait list for long-term care beds has climbed to more than 36,200 over the past year.

“The Fiscal Accountability Office of Ontario released a report in October projecting that once the 15,000 long-term care beds that the Ford government promised to build in five years are complete, the long-term care wait list will have increased to 37,000 due to the increase in the elderly population needing care. Things have only gotten worse since Doug Ford’s Conservatives came to power in 2018,” Mehra said.

“People are waiting ridiculous amounts of time,” she said. “The Ford government and hospital leaders continue to make false claims that even more patients can be offloaded from hospitals to other (cheaper) levels of care. This is unconscionable given the suffering we are already seeing and given the data that irrefutably shows that Ontario’s hospitals are being run at levels of overcrowding that are dangerous and inhumane.”

Both the coalition and Gates have called for more funding and beds. Oosterhoff said a new south Niagara hospital and a new West Lincoln Memorial Hospital in Grimsby will help, even though both are years away.