Gentili: If you’re flirting with privatization, Mr. Ford, just ’fess up, would you?

For months, groups have been saying the Tories have a secret plan to privatize parts of the health care system, and the province hasn’t said much to deny it. So what’s happening here? 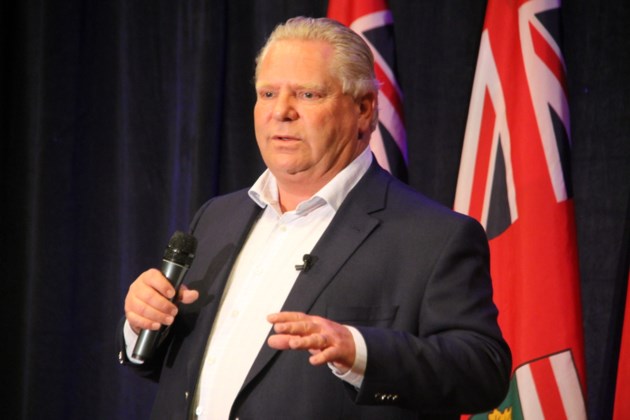 If Doug Ford’s Tory government is flirting with the idea of privatizing some aspects of our public health-care system, they should just come out and say it.

If Doug Ford and his Blue Meanies have no intention of exploring privatization in any form, they should tell us that, too.

For months, the New Democrats, along with groups like the Ontario Health Coalition (OHC) and the Ontario Nurses’ Association, have been saying the Tories have a secret plan to privatize health care. The OHC has held demonstrations regarding this alleged secret plan, including one this week at Queen’s Park. The issue was also raised last week when the OHC held a call-in press conference with reporters.

The fact the Ford Government has said almost nothing about it doesn’t set my mind at ease. I may be strung up for saying this, but I don’t have a visceral hatred of some kind of hybrid health system where certain services can be paid for out of pocket, rather than waiting on the public system to accommodate.

If done well (as they do in Sweden, which has a kind of system where some private care providers operate side-by-side with public providers, seamlessly by most accounts — and the world hasn’t ended), wait times could be shorter, access could be better and split between two streams, the health-care system could have more capacity for more patients.

The reason the OHC and groups like the ONA are raising the alarm about the People’s Health Care Act isn’t so clear. At least not to me. I don’t know if you’ve ever read a government act, but they’re pretty dense documents and chockfull of legaleze — it can be difficult for the average person (and I’m very much in the ‘average’ camp) to comprehend.

I searched the final version that was passed by the legislature for terms like ‘for-profit’, ‘profit’, ‘private’ and ‘privatize.’ Only the word ‘private’ apppears, in relation to the Private Hospitals Act, 1971.
That act was created to ban the construction of any new, private hospitals in Ontario and prevent the expansion of existing ones.

In 2017, the then-Liberal government passed the fairly massive Bill 160. One of the acts it included (Oversight of Health Facilities and Devices Act, 2017) would have repealed the Private Hospitals Act, but thanks to the efforts of the OHC, the Liberals amended the act to keep that from happening.

So then in January, Toronto Star published a column by Bob Hepburn that is cited, directly or indirectly, by groups trying to push back against this perceived move toward privatization. The case Hepburn lays out in “The secret moves to increase private health care” is purely circumstantial, highlighting mostly advisers to Ford who have been friendly (shall we say) to the notion of privatizing some services.

But Hepburn also points out the Ford government “has refused to proclaim the amendments to Oversight of Health Facilities and Devices Act, which was passed in 2017 under the former Liberal government. A key provision bans the creation of new private hospitals in Ontario.”

Is any of that significant? Your guess is as good as mine. There’s nothing concrete from opponents or the government that you can point to that explicitly states the Tories have a privatization plan.