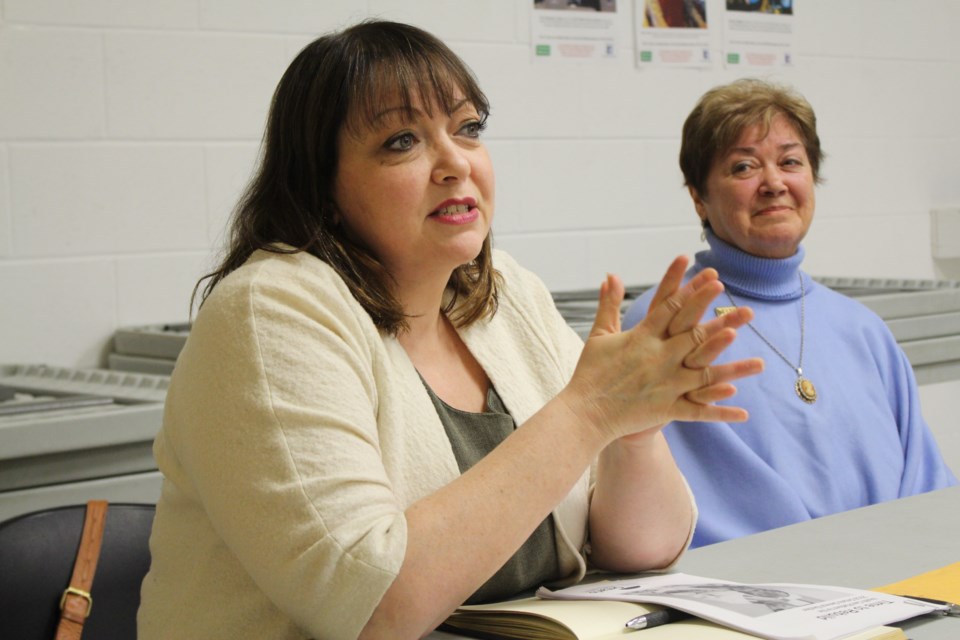 Natalie Mehra is the executive director of the Ontario Health Coalition. (File)

Canadians like to be proud of the country’s health-care system and to believe everyone has equal access to it, but when it comes to the elderly in Ontario, that is not the situation, said a group that is calling for an inquiry under the Human Rights Commission.

The Ontario Health Coalition (OHC), the Ontario Council of Hospital Unions (OCHU) of the Canadian Union of Public Employees (CUPE), and the Advocacy Centre for Elderly (ACE) are asking Ontarians to add their voice to a call for a “ground-breaking human rights inquiry into systemic discrimination based on age against the elderly in the provision of hospital and long-term care,” said the group.

Natalie Mehra, executive director, OHC, said the bare truth is that successive provincial governments have pursued “the most radical hospital downsizing” of any province in Canada, and it has gone on for more than three decades.

Sudbury has been particularly hard hit and has experienced the “terrible problems that have come from that extreme downsizing,” she said.

Health Sciences North is chronically overcrowded, often running at or above 100-per-cent capacity, meaning every bed is full and patients are backlogged to the emergency department, Mehra said. Furthermore, there’s enormous pressure to move the elderly out of beds and move to wherever whether it’s safe or not.

“These are policy choices,” Mehra said. “They have been cornerstone health-care policies for more than two decades, and Ontario has funded our health care in the lowest tier of all the provinces.

“During the pandemic, we saw, to our absolute horror, the worst mass casualty event in our long-term care history, and in our view, many of those deaths were avoidable.”

The policies of denying access to hospital care for the elderly were instrumental in the “ghastly” death toll, she said, but also instrumental was the “longstanding and terrible inadequacy of care in LTC homes.”

There is responsibility to be taken at the facility level, no question, she said, but there is also a systemic ageism in Ontario’s health system that treats the elderly as though their lives are less meaningful, and as though their right to care is less than others, and it must be challenged, “particularly in light of the horrors we’ve witnessed in the last year,” she said.

Meanwhile, there were thousands of seniors across the province in long-term care homes “many with woefully inadequate care, many without family until the very end, if at all,” Mehra said.

It’s a cruel picture, she said, but it predates COVID-19.

“We have spent years protesting,” she said. “We have met with health ministers, we have met with the premier, we have done petitions, everything possible, yet this policy continues.

“We have heard frequent pleas from families that need help, and these pleas can no longer fall on deaf ears. The fact is, a formal human rights inquiry into the systemic discrimination against the elderly is long overdue.”

Ontario’s Long-Term Care COVID-19 Commission has already launched its own inquiry, said Adriel Weaver,  a lawyer with Goldblatt Partners LLP. However, that commission is intended to provide immediate answers to a relatively narrow set of questions.

“In our view, a broader systemic inquiry is urgently needed,” Weaver said. “The fact that policies of de-hospitalization and chronic underfunding of long-term care disproportionately affect elderly Ontarians cannot be overlooked.”

She said the factors that underlie the “deplorable conditions” at some long-term care facilities cannot be meaningfully resolved or addressed without naming and engaging with the systemic age-based descrimination that shapes the provision of health care in this province.

The Human Rights Commission’s particular expertise in relation to discrimination and equality rights, coupled with the inquiry powers afforded to it, make it ideally suited to carry out such an inquiry, she said.

“This problem of age-related discrimination and the provision of health care in the province will only grow and deepen as Ontario’s population ages,” she said. “The commission has an important role to play in illuminating and addressing this pervasive and longstanding form of discrimination.”

Yet, Ontario has the lowest number of hospital beds and staff to population anywhere in the country, and the second lowest rate of long-term care capacity anywhere in Canada, he said.

“We believe that, as the Ontario population grew in age, health care costs were restrained by denying health services to the elderly,” said Hurley.

“At no time has this been more starkly apparent that during the pandemic, when thousands of critically ill long-term care residents were not only not transferred to hospital, they were left to die and infect others in long-term care.”

The elderly were turned away from health services, pushed out of hospital, or deprived access to long-term care or other services because it is being rationed, he said. They were lied to about their options, and they were taken advantage of in moments of extreme vulnerability.

“This is how we treat the people who built this country,” he said. “We abhor this discrimination and the provision of health-care services on the basis of age.”

Ageism, rationing and the infantilization of the elderly result in pain and suffering and the neglect of health-care conditions that would be dealt with urgently in a younger person, Hurley said.

“During this pandemic, this discrimination needlessly killed thousands in our direct care by denying them access to hospitalization, to preserve hospital beds and ICUs for younger Ontarians.” he said. “This discrimination will get worse as the elderly population grows at a rapid pace and will do so for decades.”

The group is also calling on the province to immediately correct the “legacies of discriminatory policies” in health care, of which it is not by any means the sole author, said Hurley.

Specifically, the groups is asking the Ontario government to:

-Commit that everyone will have access to the hospital and long-term care they require, free from discrimination based on age.

-Prohibit the transfer of alternate level of care patients who are awaiting hospital care, to non-hospital facilities.

-Ensure that ALC patients who are waiting for placement in an LTC home are not coerced to go to facilities that are not long-term care homes.

-Stop the privatization of public hospital care of the elderly, including of complex continuing care, of convalescent care, and rehabilitation and palliative care.

-Issue a policy directive to LTC homes requiring them to transfer residents to public hospitals where it is medically necessary and appropriate, subject to their right to informed consent, and prohibit the refusal of these transfers by hospitals.

“We are also calling on the federal government to increase its share of health-care funding, to support these vital services while strengthening national standards and enforcement of these standards,” said Hurley. The declining federal contribution is an active contributor to the discrimination by virtue of its refusal to accept the funding implications of an aging population,”

The group is asking Ontarians to send their own letters to the Human Rights commissioner about the struggles they’ve experienced in the health care system. They are also asking that letters be written to Premier Doug Ford.

For more information on the letter-writing campaign, click here.

“We are trying to mount as much political pressure as possible to get the government to move on these issues immediately,” said the group. “We can’t wait for an inquiry to improve the levels and access to care.”