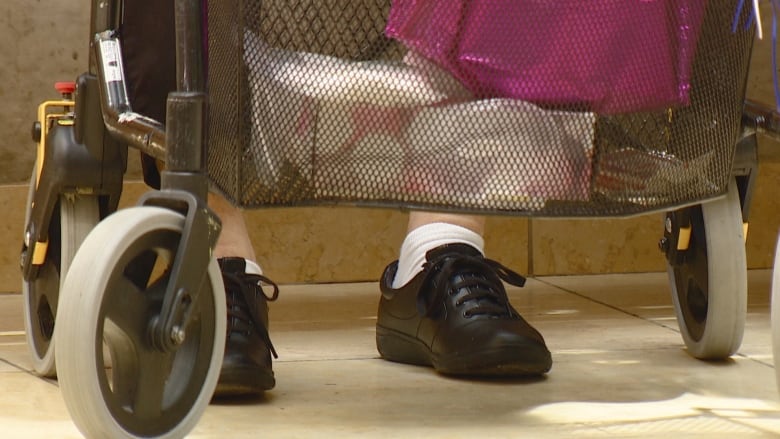 The Ontario Health Coalition is saying the outlook is grim for long term care facilities and the PSWs who are enduring stressful conditions during the pandemic. (CBC)

The Ontario Health Coalition is very concerned about the well being of personal support workers in long term care facilities.

Dot Klein, co chair of the Sudbury branch, says for one, PSWs are not being included in conversations in a timely manner about how to deal with COVID-19.

“There’s not a lot of communication from the long term care facility management as to what is expected of them, how to protect themselves,” Klein said.

“The communication seems to be very stilted and that concerns PSW’s because they can’t ask questions,” Klein said.

That lack of communication is compounded by the shortage of personal protective equipment, or PPE.

“There isn’t enough personal protective equipment, that is loud and clear,” Klein said. “There’s not enough of them. They don’t know where to find them if there is a resident that’s having some respiratory difficulty or maybe even starting to run a fever.”

Workers fear they will lose pay if they’re unwell

Klein says PSWs are also putting themselves at risk every day when coming into contact with people, while grappling with fears their pay will disappear if they get sick. That keeps infected workers in daily contact with vulnerable people.

“You are right with them all the time and up close and they’re coughing on you, or there’s body fluids that you’re handling…You will have more nasal discharge and probably throat phlegm,” she said.

“And so it’s on the sheets. It’s up against you because you’re taking the sheets down and picking them up and they’re against your body.”

Klein said without enough protective gowns for PSWs, workers are putting their coats on over uniforms that could have come into contact with the virus. That, in turn, leads them to bring the virus home.

With all of these factors in play, Klein said the outlook is grim.

“I really believe that we’re going to see some deaths in our long term care facilities in Sudbury,” Klein said. “I think that we are not protecting our vulnerable and our workers enough.”

“When I read what has happened in B.C., it is clear that the workers were infected as well as the residents,” she said. “When I read what happened just recently in the long term care facility in [Bobcaygeon] it appears the same thing is going to be found.”