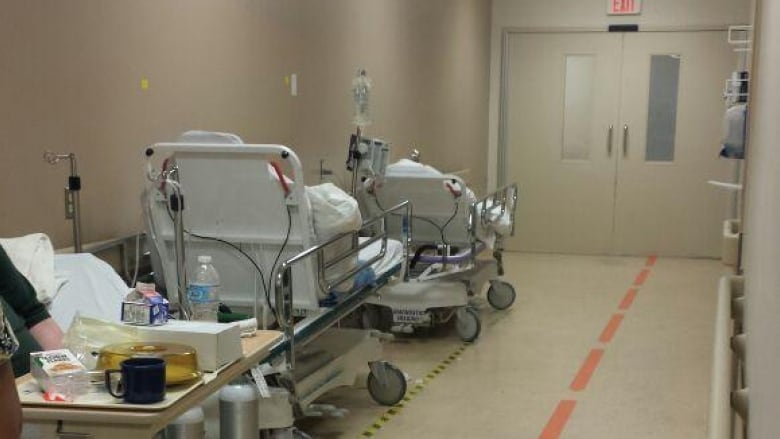 For Nancy Parker, it began about three years ago when her husband — who suffered from complications from a previous heart attack — had to endure a 48-hour wait in the Ottawa Hospital emergency room before getting a bed.

The following year, at the Ottawa Heart Institute, her sister-in-law had her scheduled defibrillator implant surgery cancelled because no recovery beds were available. She died at home two weeks later, the very day her surgery had been rescheduled for.

The cause of her death was not known, but “it was a terrible experience,” Parker said. 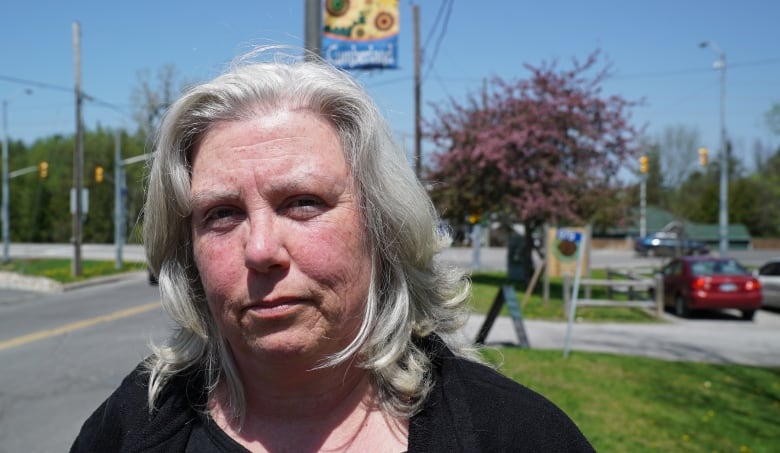 A statement sent by an Ottawa Hospital spokesperson says recent funding for 70 additional beds “has led to a decrease in occupancy over recent months.” The Heart Institute says a new $200-million expansion will help to alleviate its capacity issues.

The Ottawa Hospital’s average wait time for a bed isn’t that bad, relatively speaking: just a couple of hours below the 16-hour average for all of Ontario. At the Etobicoke General in western Toronto, the average wait is 24 hours. In Greater Niagara, it’s more than 40 hours.

Still, Parker’s personal experiences spurred her to action. She joined the Ontario Health Coalition, an activist group that has been on the road during this provincial election campaign arguing for better hospital funding.

“We need to bring these stories to the public in the hopes that it will bring some pressure to addressing the crisis,” said Parker.

The coalition isn’t the only group highlighting hospital wait times. The Ontario Medical Association, registered as a third-party advertiser in this election, has put out this devastating ad:

“We don’t use the word crisis lightly,” said Natalie Mehra, the executive director of the Ontario Health Coalition. “But by every measure our health care is in crisis.

“Regularly, we have people stacked on stretchers in hallways waiting for access to care.”

To be fair, every day, despite operating near or over full-capacity levels, hospital staff save lives. People who are critically ill generally receive care within an appropriate time.

But that may be cold comfort to patients like Jamie-Lee Ball, who had to lie on a stretcher in the hallway of Brampton Civic Hospital’s emergency room last year for five days waiting for a bed, or to Leo Seguin, who was put in a bathroom last February in a Sudbury hospital for 10 days. 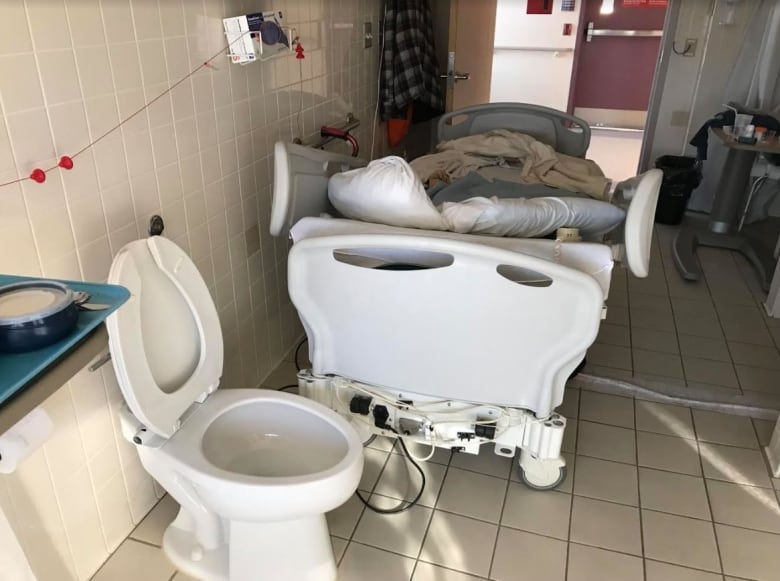 A Sudbury man named Leo recently spent more than a week in a hospital bathroom because there wasn’t a room for him. (Supplied/France Gelinas)

In fact, many Ontarians have experienced first-hand the long waits in emergency rooms, and many more know someone who has.

And it’s why, in the run-up to the June 7 provincial election, all the parties are vowing to end hallway medicine. Here are some of the major promises on addressing hospital overcrowding: 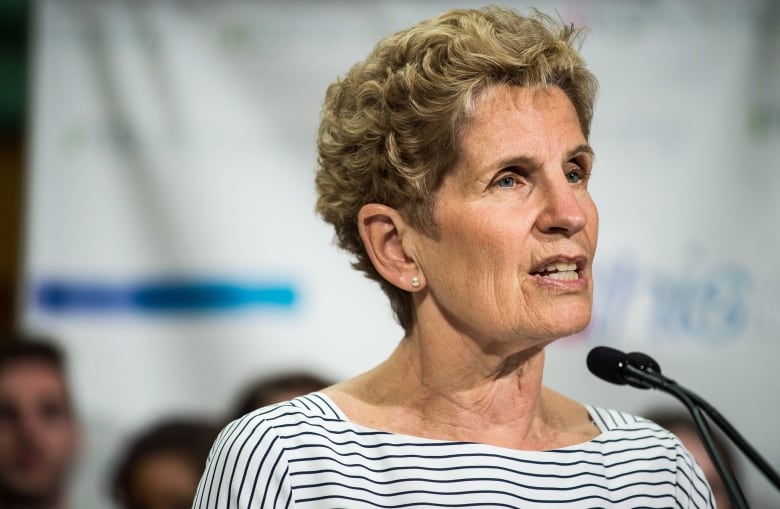 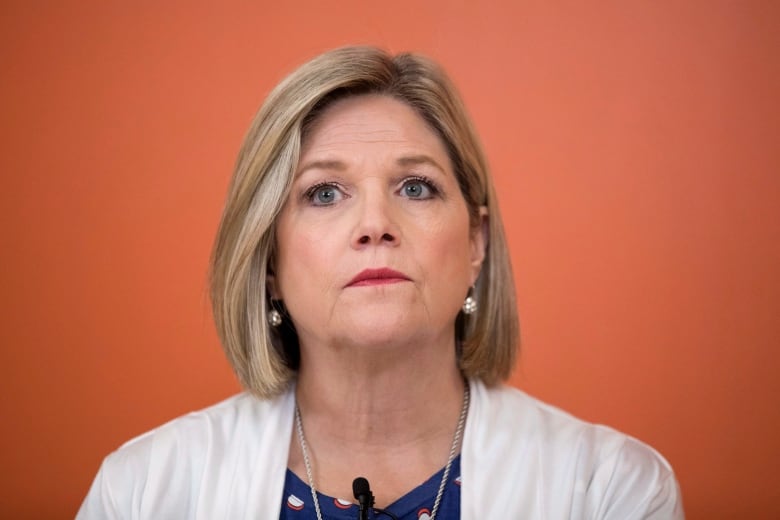 Leader Andrea Horwath has promised an NDP government would add 4,500 nurses through a 5.8 per cent increase to hospital budgets for four years. (Chris Young/Canadian Press) 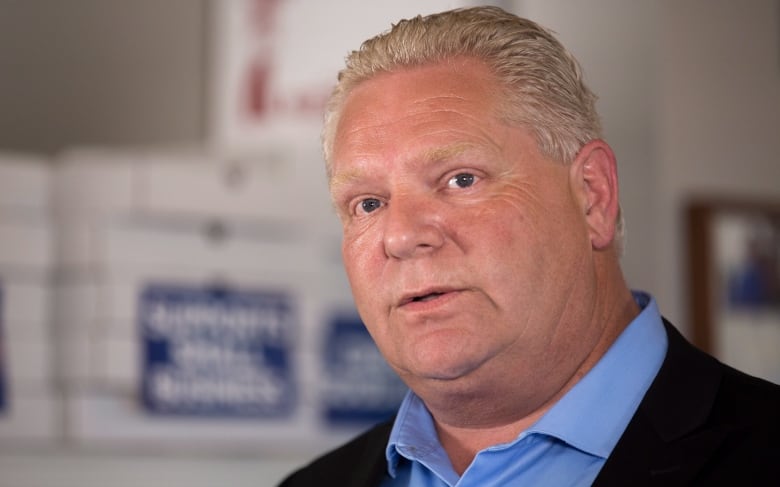 For almost two decades, Dr. Alan Drummond has been battling the diagnosis that emergency room crowding was caused by people using the hospital for minor medical issues.

“It was the game of blame-and-shame, whereas the real issue was to increase bed capacity,” said Drummond, an emergency room doctor in Perth, Ont., and spokesman for the Canadian Association of Emergency Physicians. “And just now we’re starting to see the province, especially in this election, talking about crowded hospitals and bed capacity issues and greater access to nursing home beds.”

About 15 per cent of patients in hospitals are people who are not well enough to go home and require an acute level of care, many of whom are seniors waiting for a spot in an LTC facility.

For every day an elderly person waits in hospital for a long-term care spot, said Drummond, four to six patients can’t be seen because there isn’t any treatment space in the emergency room. And if the emergency room is full, then paramedics can’t drop off their patients, which means there are sometimes no ambulances available in the community. Surgeries are cancelled because there are no recovery beds.

Cure for overcrowding ‘may be home care’

But even if the winning party can actually fulfil its pledges — they are talking about a 50-per-cent ramp up in the number of LTC beds over the next decade — it’s unlikely to keep up with demand.

Just to move patients who are waiting for acute care out of hospital beds would require 5,000 LTC spots immediately. And then there are the 32,000 people on the wait list for a long-term care bed, a list that is only expected to keep growing.

Dr. Danielle Martin, the vice-president of Women’s College Hospital in Toronto, said while “some additional supply” of beds would help, it isn’t the long-term solution. It will be too expensive and more importantly, she said, it’s not how people want to age.

Transforming the health-care system to be more home-based is akin like ‘rebuilding the plane while it’s flying.– Dr. Danielle Martin

“The cure for emergency department wait times may be home care, so that people can leave the hospital, go home, recuperate at home and get the care that they need,” said Martin.

She cites a program at her hospital that allows some hip or knee replacement surgery patients to go home the same day. Patients can keep in touch with the hospital through a special iPad app. The Ottawa Hospital has a similar program.

“We don’t have an innovation problem in Canadian health care,” said Martin.

The problem, she said, is that hospitals develop successful pilot projects that are never adopted across the entire system.

“So what’s it going to take from doing same-day knee replacements at Women’s College Hospital to doing them across the entirety of the health care system?” 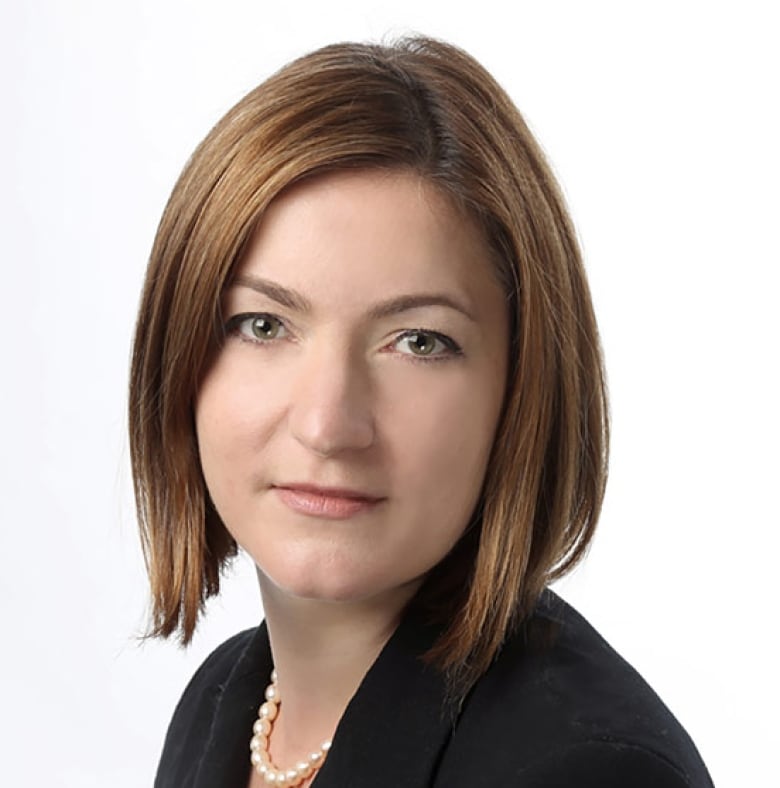 It’s an expensive proposition, in the short term. At some point the government would have to fund the older, hospital-centric system while ramping up a more nimble home-based one, something akin to “rebuilding the plane while it’s flying,” said Martin.

Drummond, who calls the current level of home care in Ontario “a joke,” is skeptical that transformation of health care is coming any time soon.

“Waiting for transformational change is like that horrible play my kids had to read, Waiting for Godot. I mean, it’s never going to happen any time soon,” he said.

“How long do you want our patients to suffer in the hallways? For another 30 years? Is that O.K.? No, it is not.”