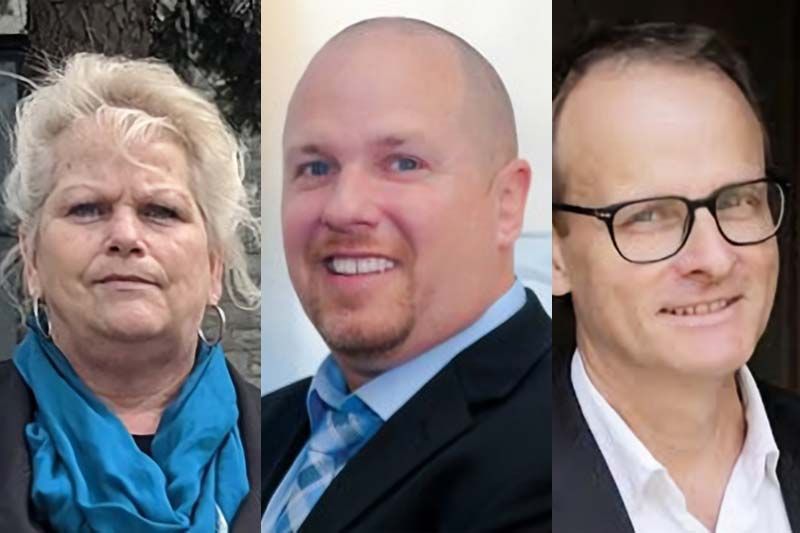 As the Ontario healthcare system begins to deal with a long backlog of necessary procedures that were delayed as the result of the COVID-19 response, the Kingston Health Coalition is watching carefully to see if the Ford government will accelerate its efforts to privatise the healthcare system.

And, as Joan Jardin, the moderator of a panel that the Coalition sponsored last week, pointed out in her preliminary remarks, they have found that to be the case.

Jardin pulled up a TV clip from February 4. In the clip, Ontario Minister of Health, Christine Elliott, standing at a podium with Premier Ford standing behind her, talked about how the backlog is being addressed. She said that the government will be investing in specialised services and “private hospitals”.

“This is a bombshell announcement” said Jardin, “it means that for the first time since the inception of OHIP, an Ontario government will be bringing in a US style, for profit hospital.”

Randy Robinson, of the Canadian Centre for Policy Alternatives, spole next.

This is taking place in the context of Ontario being richer, “in terms of Gross Domestic Product divided by the population, than it ever has been, as of 2019”, Robinson added.

“Ontario spends $2,000 less, per person, than the average of the other Canadian provinces on public services” he said, which means Ontario would need to spend $30 billion more each year, just to be average.”

And, he said, the fiscal situation for the Ontario government has not deteriorated, in any meaningful way, as the result of COVID because of the amount of money the federal government has transferred to Ontario residents through COVID relief.

The problem, as he sees it, is that the government is not willing to spend the necessary money on healthcare that it has the capacity to spend.

He pointed out that the $1 billion in revenue that will be lost, by the recent announcement that the $120 annual vehicle sticker fee is being eliminated, is enough money to pay the salary for 12,000 nurses.

“Which means, coincidentally, that for each penny we save as Ontario residents, by not paying for the sticker, there is one less nurse in the Ontario healthcare system.”

Dave Doran, an Advanced Care Paramedic with Frontenac Paramedic Services, and the Vice President of the OPSEU local 462, said that since 1998, when paramedic services were uploaded from the private sector and became a municipally run service, the “result has been a dramatic improvement in the level of service”, but that experiments in privatisation continue to be a concern. The most immediate problem is the decision to privatise patient transfers, which used to be done by public sector paramedics.

“If anything happens to the patient during those transfers, the people working in those transfer vehicles do not have the qualifications to provide proper medical care.”

He also said that an experiment with a privatised paramedic service in the Muskoka region ended in failure and the service was eventually taken back by the municipality.

Barb Deroche is the President of CUPE Local 1974, which represents 1,900 workers at the Kingston Health Sciences Centre (KHSC).

She said that the announcement from Minister Elliott regarding private hospitals will further the impacts from the Healthcare Act that the Ford government put in place in 2019.

Deroche said that the Act has already had an impact on services in the Kingston Frontenac Lennox and Addington region, through privatised eye care services, and a new breast assessment centre taking referrals from Kingston Health Sciences Centre. She said that procurement services at KHSC have been privatised, at a higher cost.

“The private system pays lower wages and poorer benefits to healthcare workers, and introduces user fees for patients on top of their OHIP coverage. This undermines the very principle of public healthcare” she said.

She also pointed out that the death rate in private hospitals is 2% higher than it is in public hospitals.

Kathleen Brooks is a personal support worker at the Helen Henderson Care Centre in Amherstview, and the President of UNIFOR Local 8300.

She said that “for profit homes have no place in the Ontario long term care sector,” and that the increased death rate among patients and workers from COVID, in for profit private homes as compared to public sector homes, demonstrated this in devastating fashion.

“The Ford government is investing $4 billion to hire healthcare workers, but that money will only be spent if there are workers to hire,” she said, “and people are not flocking back into the industry.”

She said that personal support workers in some for profit homes are allocated 6 minutes per patient to “gently wake them, help them use the bathroom, groom them, dress them and help them into a wheelchair, to get to breakfast in the morning. 6 minutes.”

She said that studies have shown that the for-profit homes that are owned by large corporations have the worst outcomes, the lowest standards and the highest mortality rates, “but the province has just allocated 10,000 new beds to the for profit long term care sector”.

The health care panel last week was the kickoff for a spring campaign by the Kingston Healthcare Coalition that is targeted at the upcoming provincial election.

On Monday, April 11th, at 7pm, they are presenting a healthcare summit.

“There is an election in June and the government’s financial plans and the prospect of further privatising our public health care system will be an important issue,” they said in a release last week.”