15 employees have tested positive. Dozens of others are being investigated or tested 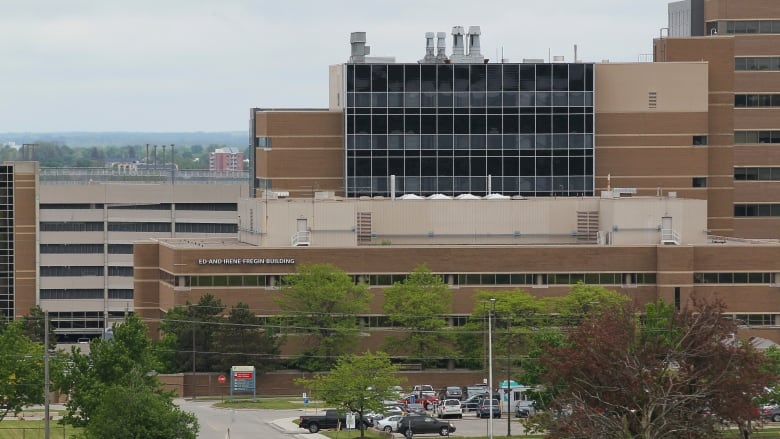 Administrators with the London Health Sciences Centre (LHSC) are refusing to comment on a high number of cases of COVID-19 among its employees but union representatives have something to say.

An internal memo from president Paul Woods this week to all hospital staff outlined the problem, admonished some behaviours and threatened disciplinary action, up to and including termination, if employees don’t follow public health guidelines to prevent the spread of the virus.

LHSC is currently investigating whether more than 50 staff have been exposed to the virus. Fifteen have tested positive, according to the hospital’s website, which was last updated Thursday.

The CEO’s memo accuses some employees of removing their masks for meals and not practising physical distancing with their colleagues while eating, causing staff-to-staff transmission of the virus.

Maria McFadden is the union representative for LUINA Local 1059, representing more than 400 workers, including janitorial staff.

She said she understands the message reiterating the importance of following COVID-19 safety protocols, but suggests Woods should investigate the hospital’s layout before taking an accusatory tone.

“I think if Paul Woods is very worried about staff transmission then he should make sure that they have the capacity in the cafeteria, or whatever areas provided for eating, for staff to practice social distancing,” McFadden said.

Space has been an issue at LHSC in recent weeks, with psychiatry residents threatening to walk off the job after some were exposed to COVID-19 in a shared workroom in October.

In a letter to LHSC leadership, the doctors called the workroom an occupational hazard because it was impossible to socially distance. They said at the time that there has been “institutional suppression” of their attempts to advocate for a safer workplace and a “reckless disregard for patient care standards and frontline healthcare workers’ lives.”

LHSC has since resolved the space issue in that department.

CBC News requested an interview with LHSC president, Paul Woods. However, the organization’s communications department said there would be no comment on an internal email.

It did offer to discuss safety protocols within the hospital at some point in the future, practices that have been well reported by CBC News since the pandemic began.

Peter Bergmanis, co-chair of the London Chapter of the Ontario Health Coalition, is not surprised LHSC is silent.

“This has been a typical response from LHSC. There’s this overwhelming secrecy,” he said. “This is a public health issue. It’s not an internal matter. There’s no reason for hiding information from the public.”

This week, CBC reported that hospital visits to the ER are down by almost half in Ontario with patients fearful of contracting COVID-19. LHSC had 11 patients infected as of Thursday.

McFadden said her members are asking whether they could be disciplined for removing their masks to drink water during their shift.

She also wants to know how the hospital is tracking the so-called staff-to-staff transmission given employees have been told to turn off Canada’s COVID Alert app that notifies individuals if they’ve been in close contact with an infected person.

“I don’t know how. How do they practice the tracing? How do they come up with that?” she said.

Both McFadden and Bergmanis would have liked a more positive message from the administration.

“When people get memos that say if they don’t follow protocol, discipline could include termination, well, that’s not a positive thing,” McFadden said.

“We’re getting into almost a year of this pandemic,” Bergmanis said. “I’m pretty sure that those poor workers are feeling like, ‘Listen, I can’t even get child care. I can’t get enough time off with my own family. And now I’m being admonished like a child.'”