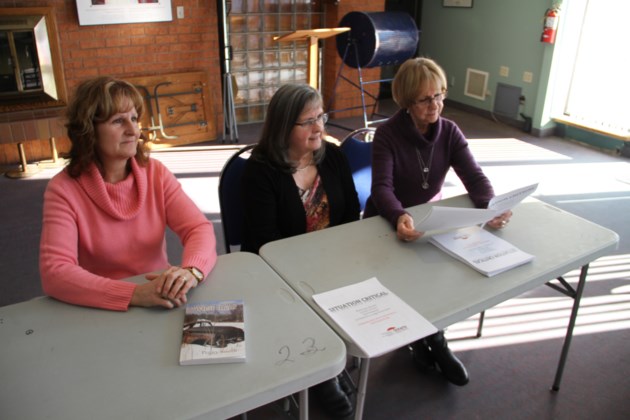 Lack of care and even violence at Ontario nursing homes was front and centre this morning at the Ontario Health Coalition unveiled its “Situation Critical” document to the media today at the Legion on Main Street in North Bay.

Ann McIntyre, and Blanche-Helene Tremblay both talked about the struggles they have had with loved ones currently living in area nursing homes.

McIntyre, a member of long term care committee for Ontario Health Coalition, says her husband is in a nursing home and due to lack of care she has even hired independent workers to help care for her husband at the nursing home.

“I am not trying to slam nursing homes or staff it is the whole system that needs change,” she said.

“Many depend on staff for all their needs,” noted Tremblay.

“About 80 percent suffer a level of dementia, and because of that, they can’t say what they need.”

According to the Situation Critical report those inadequate levels of care have also highlighted some horrifying statistics including that seven homicides were committed against a resident by another resident in an Ontario long-term care home last year.

Peggy Smith, is a retired personal support worker and author of novel Three Score and Ten, What Then?

“Homicides are high in Ontario nursing homes and a factor is short staffing,” said Smith.

“We need to put a spotlight on it, even the Ontario coroner has stated it’s a serious problem.”

The Ontario Health Coalition held similar events at 29 other locations in the province today to put a spotlight on the problem.

The coalition hopes by doing that conditions will improve on Ontario nursing homes and more help will be given to staff to deal with violence in the nursing home.