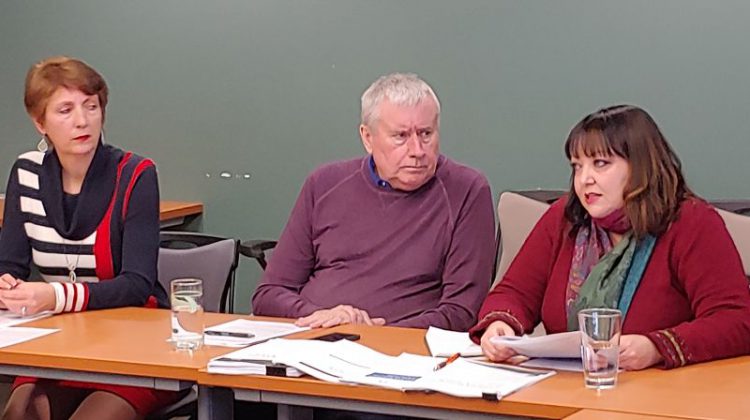 The announced closure of 31 hospital-based addiction beds at North Bay Regional Health Centre is under scrutiny.

“There is a serious opioid addiction crisis in the community,” said Natalie Mehra, executive director of the Ontario Health Coalition. “We find it shocking that the government and its appointees would support the closure of important addiction services when people are dying from opioid overdoses.”

A report from the mayor’s roundtable group on addictions treatment and mental health services has still not been made public, although North Bay Mayor Al McDonald said last week its release was imminent.

The roundtable group plans to build a Transitional Housing and Crisis Stabilization Centre. Partners in the project include the District of Nipissing Social Services Administration Board, North Bay Mental Health and Housing Services, and the Crisis Centre. It is expected to open this summer, and although a location has not been selected, proponents have stated work is underway to that effect. Meanwhile, the NBRHC beds are slated for a June closure and layoff notices have been delivered to its staff.

Mehra said Monday the plan is rife with conflicts of interest and the Ontario Health Coalition has released a report with its findings.

From the OHC report: The co-chair of the Mayor’s Round Table meeting, Mary Davis is also the executive director of Nipissing Mental Health Housing and Support Services, which is merging with the North Bay Recovery Home (whose executive director Wendy Prieur also sits on the roundtable) and a peer support network. The amalgamated organization will be the prime beneficiary of the recommendations coming out of the roundtable from the $1,115,000 being cut from the hospital ($700,000 cut to close the 29 residential addictions beds program and $415,000 cut to close the 2 crisis/safe beds). They are also slated to get $185,000 in new funding for crisis/safe beds out of this process.

“I don’t blame the local people, I don’t blame the hospital. We live in an environment where they know hospital cuts is how you get other programs funded,” said Gélinas, also the MPP for Nickel Belt.

“We can’t steal from one program to give to another,” added Gélinas, in calling for the provincial government to keep the hospital program open while increasing community treatment options. She noted the Ford government will match $1.9 billion from the feds, so $3.8 billion will go to mental health services. Gélinas said it is crucial the north gets its fair share of those billions.

Mehra offered, “The publicly available evidence shows that North Bay needs more hospital beds and that the cuts to the North Bay hospital have already gone far too far.”

The opponents of the plan say the latest data from the Nipissing Parry Sound District Health Unit shows the number of reported overdoses is rising since May of 2019, up to 172 from 154 at the beginning of 2020. More than half of those overdoses are opioid-related. The population group most affected by overdose are those under 44 years old.

“Northern Ontario has such limited mental health and addiction services.  We need to keep those 31 hospital addiction treatment beds and add community-based services.  It does not have to be one or the other.  We need both,” said Gélinas.

“This is a good example of health care partners collaborating together to better meet the community’s needs,” said Executive Director of the North Bay Mental Health and Housing Services Mary Davis in late 2019.

Davis continued, “With these new community withdrawal management treatment programs, people can self-refer and access help on a 24/7 basis. The six safe beds will offer an alternative for police to refer clients with mental health and addictions concerns to a safe supportive environment other than the emergency department.”

According to the North Bay Mental Health and Housing Services, by local health care leadership acting “on Dr. Rush’s recommendations, funding from under-utilized programs is being put towards new community addiction services. With the reallocation of funding, as well as Ontario government funding for six safe beds, $1.3 million is being invested in new services that will be available at the Transitional Housing and Crisis Stabilization Centre.”

Monday, Mehra called into question whether the findings of Dr. Rush were being properly implemented by the community roundtable partners.