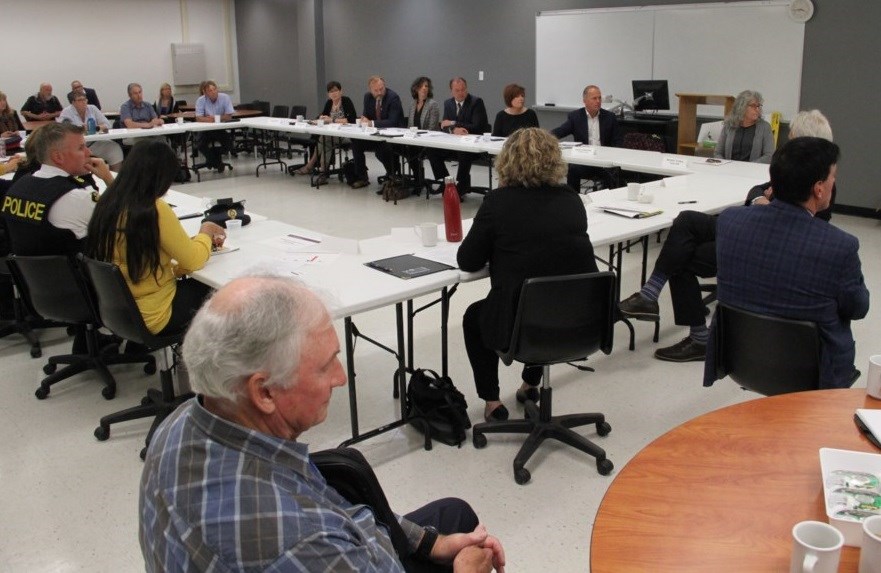 The executive director of the Ontario Health Coalition Natalie Mehra, says she’s concerned about the process that resulted in a report recommending cutting 29 residential addictions treatment beds in the city.

She’s referring to the Mayor’s Roundtable report which has yet to be made public, and on which the executive directors of the Nipissing Mental Health Housing & Support Services and the North Bay Recovery Home sat prominently on the committee.

See: Mayor’s Roundtable report to be made public

And: Mayor’s Roundtable brings a sense of hope

The Sept. 2019 meeting was closed to the media, and there has been no explanation of why the report has not yet been made public four months after its completion. However, layoff notices have been given to hospital workers affected by the cuts.

“There is no public report or procedural information available on what happened at the roundtable and how that was dealt with. We raised the question, ‘how was that dealt with?’ My concern is that everything we heard when we spoke with the LHIN directly was, these recommendations were made based on the Rush Report. There just is no recommendation to close those services at the King St. site administered by the hospital.”

Mehra concludes those decisions to cut were made at the Mayor’s Roundtable.

“We are trying to find out how this decision was made, what procedural protections against conflict of interest were in place and has the LHIN board actually voted on this.?

“We’re obviously extremely concerned that this plan does not meet the health care needs of the people of North Bay so we’re trying to find out how this decision was made.”

Mehra told BayToday that she was “surprised and saddened” by the tone of the Mayor’s remarks on Facebook.

“Our interest is in protecting the interests of the people in need. I would like to engage in a discussion that is about the proper process of making these decisions and about the actual services themselves and not personal attacks. We want proper accountability, proper process and a decision that ultimately meets the health care service needs of the people of the community.

“The bottom line is that the plan is to cut 29 addiction treatment beds and two crisis beds from the hospital. This amounts to $1.1+ million in services.  There is currently a waitlist for the hospital addiction treatment beds and the crisis beds are running at well over 100% capacity (that means they are full and they do not meet the need for those beds,” Mehra wrote to members of the Health Coalition.

“There are an additional 22 residential treatment beds at North Bay Recovery Home — a community agency. There is a waitlist for this program also.

“The Mayor’s roundtable process reportedly voted to approve the plan to cut the hospital services. They produced a roundtable report but that report is not publicly available. Their plan is to close the hospital program and open a set of support services instead, including withdrawal management services and crisis/safe beds not run by the hospital.

A report titled, A Review of the Plan to Close More than Half of the Existing Residential Addiction Treatment Beds and Hospital Crisis/Safe Beds from North Bay Regional Health Centre, makes the point, “We are concerned about conflict of interest and the planning process in North Bay. Without in any way casting aspersions, it is in the public interest to ensure that anyone in a conflict of interest removed themselves from the discussions and vote when it came to transferring money from one program to another. There are clear conflict of interest requirements for both the City of North Bay and the NE Local Health Integration Network and we would expect that these extend to a roundtable process that involves allocations of funding. We could not find documentation available showing whether or how the roundtable discussions and decisions were made in a way that adheres to proper conflict of interest protections.”