Memorial: A Ceremony of Remembrance for Those Impacted by Violence and Inadequate Care in Long-Term Care Homes. 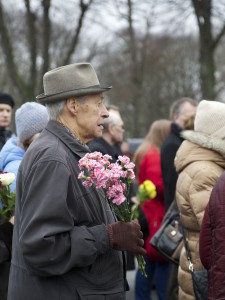 This year marks the 10-year anniversary of the Casa Verde Inquest. A coroner’s jury recommended sweeping changes into the operation of Ontario’s long-term care homes after the deaths of two residents at the hands of another in the Casa Verde home. Since 2001, 24 long-term care residents in Ontario have died as a result of violence from other residents and thousands have been attacked by other residents. Every year, more complex patients often with dementia and behavioural problems, are downloaded into long-term care as hospital beds are cut and budgets slashed. But care levels in long-term care homes have not increased to meet the heavier and more complex care needs of these residents, placing residents and staff at higher risk. In the Casa Verde Inquest, the coroner’s jury recommended that minimum care standards, improved staffing levels, mandatory specialized units for residents who pose a risk to themselves or others, and better admission and assessment protocols be instituted to protect against future tragedies. Today, 10 years later, the Ontario Government still has not implemented these recommendations. Join us to remember those who have died due to homicide, and to highlight the need for Ontario’s government to take action to meet the care needs of residents in long-term care and to protect against harm.