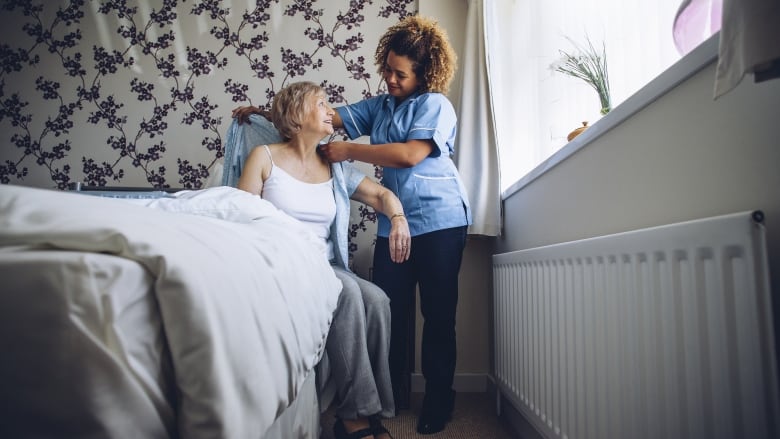 A new bill could change how home care is delivered in the province and could even pave the way for privatization, says one Waterloo region health advocate.

But the province argues Bill 175, the Connecting People to Home and Community Care Act, removes long-standing barriers, outdates rules and will not lead to privatization.

When she introduced the bill in February, Health Minister Christine Elliot said the revisions would “build a modern and nimble system to deliver home and community care services, bringing this outdated system designed in the early 1990s into the 21st century.”

Jim Stewart, co-chair of the Waterloo Region Health Coalition, argues the legislation “is a complete betrayal” of the health care system and the timing of it is “sinister.”

He says it will repeal legislation around home care and how it is delivered, and replace it with regulations “that can be changed at any time” without debate by MPPs. He said this will allow home care to become privatized.

He also says the patient bill of rights is among those items that will be repealed.

The government, though, argues home and community care has operated within a silo in the health care system.

“This silo has made it difficult for patients to navigate the system and created challenging working conditions for care providers,” Hayley Chazan, senior manager of media relations for Health Minister Christine Elliott, said in an email to CBC Kitchener-Waterloo.

“The new framework would maintain key elements of the home and community care program to ensure ongoing stability of services and clarity for clients and families.”

The government says about 700,000 Ontarians receive home care services such as Meals on Wheels and client transportation. Under changes proposed in the bill, home and community care would still be managed and overseen by non-profit health service providers such as hospitals or primary care teams, Chazan said.

She added, and underlined: “This legislation in no way enables the privatization of home care.”

‘Not a good time to be tinkering with home care’

Still, concerns are being raised about the bill by the Ontario Health Coalition, which has alleged the bill is being rushed through by the Progressive Conservative government. The bill was introduced on Feb. 25 and passed second reading on March 2. It is now before committee.

The coalition has made a formal complaint because it says MPPs overseeing hearings cut people off and asked for yes or no answers.

“The Coalition notes that this behaviour was directed at presenters who were critical of the government’s Bill 175,” the group said in a release, adding in the “decades” of experience taking part in public hearings, people with the group “have never seen MPPs behave in such a way.”

Stewart and the coalition are not alone in their concerns. Kitchener Centre MPP Laura Mae Lindo says she is also worried about the legislation and the timing of it.

“It’s not a good time to be tinkering with home care, which was already in shambles prior to this pandemic. I think that there’s a lot of cause for concern,” Lindo said in an interview.

“We are watching what happens when we don’t invest in public health care. We are literally watching it right now,” she said of the COVID-19 pandemic. “Now is not the time for sweeping changes that could essentially privatize more of the system.”