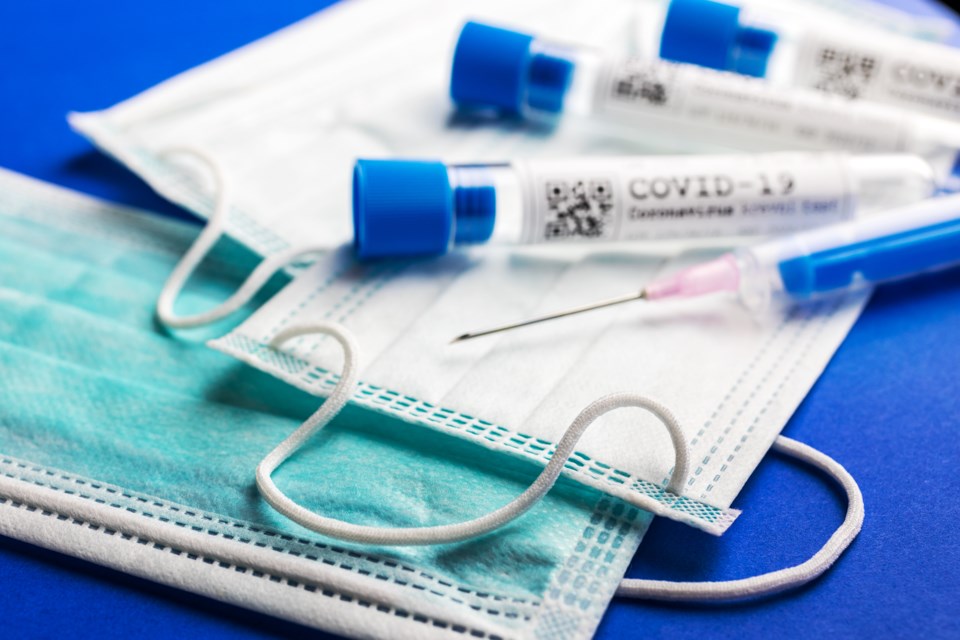 DRYDEN, Ont. – The number of cases in the Northwestern Health Unit catchment area climbed by 11 on Friday and public health officials are warning that even though the region will be moving into the yellow or protect category of the province’s COVID-19 response framework next week, people should continue to be vigilant.

“It is concerning there is this increase in cases,” said Dr. Kit Young Hoon, medical officer of health with the Northwestern Health Unit. “We are asking the public to be extra vigilant, particularly in the Kenora area and following public health measures.”

Of the 11 new COVID-19 cases reported on Friday, 10 are in the Kenora region and one in the Rainy River region.

This brings the total number of active cases in the region to 22, with 20 in the Kenora region, one in the District of Rainy River, and one in the Sioux Lookout region.

Northwestern Ontario also hit a cumulative total of 300 positive COVID-19 cases on Friday. On a more positive note, Young Hoon confirmed that on Thursday, every willing and eligible long-term care resident in the region has received the first dose of the COVID-19 vaccine.

“This is an important step in protecting some of our most vulnerable members against the COVID-19 infection,” she said.

However, it is still unclear what segment of the population will be next up for immunizations and when more doses of the Moderna vaccine will arrive to administer a second dose.

“We got a vaccine supply that allowed us to vaccinate residents of long-term care homes and elder care homes in First Nation communities,” Young Hoon said.

“That’s generally been implemented and we achieved our target for that. With respect to the second dose, we are awaiting more information from the province on when we will be receiving additional vaccine doses to give those second doses.”

The second dose of the Moderna vaccine is usually given within 28 days of the first shot but it can be given within 42 days.

“I don’t feel very worried,” Young Hoon said. “I think the vaccine will come and we can vaccinate people at an appropriate time.”

But Young Hoon added there are still concerns about more cases spreading, particularly if any variants of COVID-19 enter the region, which are more transmissible.

“It is hard to control the variant,” she said. “One of the ways of managing it is to prevent it from coming to our region.”

Earlier this week, the Ontario Health Coalition issued a plea to residents in Northern Ontario to avoid travel outside of and even within the region to reduce the likelihood of any variants spreading.

No variants of COVID-19 have been detected in Northwestern Ontario or the Thunder Bay District, but cases are arising in Northeastern Ontario.

Young Hoon is also advising residents within the region to avoid non-essential travel between low-risk and high-risk areas in Northwestern Ontario to prevent further spread.

“In Thunder Bay they are seeing an increase in cases,” she said. “I know those have been related to an outbreak, but their risk levels are higher than ours. I am encouraging people not to travel outside of Northwestern Ontario for non-essential reasons, recognizing there is an increased risk even in our neighbouring health unit.”

And with travel often associated with holidays, the provincial government announced on Thursday that March Break will be postponed to April, but Young Hoon said the decision probably wouldn’t have had much impact on the northwest.

“That was a really challenging decision,” she said. “It is really requiring being able to forecast into the future what is expected to happen. It didn’t necessarily make a difference either way because we haven’t had a variant of concern in our area yet. I think the main reason they decided to delay the March Break was because of the variant and increasing cases and they felt delaying it might prevent that from happening.”