TORONTO — The Doug Ford government says it has allocated hundreds of beds to the five Ontario long-term care providers at the centre of a military report that shocked the nation more than a year ago with details of conditions and neglect.

Holland Christian Homes, which owns Grace Manor in Brampton, Ont., a long-term care home where 12 people died due to COVID-19, received public funds in July to build 40 new beds and redevelop 120 others.

This is the final installment in a five-part series where CTV News Toronto examines the province’s decision to allocate new beds and potential funding to the five companies.

Holland Christian Homes’ Grace Manor is the only not-for-profit home that received urgent support from the Canadian Armed Forces in the first wave of the COVID-19 pandemic.

Wendy Crane remembers standing outside her mother’s window the day the military arrived at the home in late April 2020. She asked what was going on inside the home and an officer told her not to worry, that the military was keeping watch.

“He said everything is going to be written down, everything we’re witnessing,” Crane said. “I knew the home had problems, always. Before the pandemic, I was going there daily, sometimes twice a day, to see my mother and make sure she was okay. I didn’t feel she was safe.”

A month after their mission, the military published a scathing report, written by Brigadier-General C.J.J. Mialkowski, detailing allegations about the conditions inside Grace Manor and four other homes, confirming the worst fears of families whose loved ones had died within their walls.

The military’s one-page report on Grace Manor was shorter than what they wrote for the four other homes. It detailed serious infection, control and prevention issues, including employees not washing hands after interacting with a patient and wearing the same pair of gloves for several tasks.

In his report, Mialkowski alleged that staff left food in a resident’s mouth while they were sleeping. He described staff “aggressively repositioning a resident,” and said they would not assist residents during meals. “Staff would rather write the resident refused to eat, rather than helping them,” the report states.

Crane said she always wanted to move her mother from Grace Manor. She said the home took so much time caring for the outside of the building and made sure flowers were planted in the summer. But inside, the home was filled with residents who they “didn’t want to care for.” 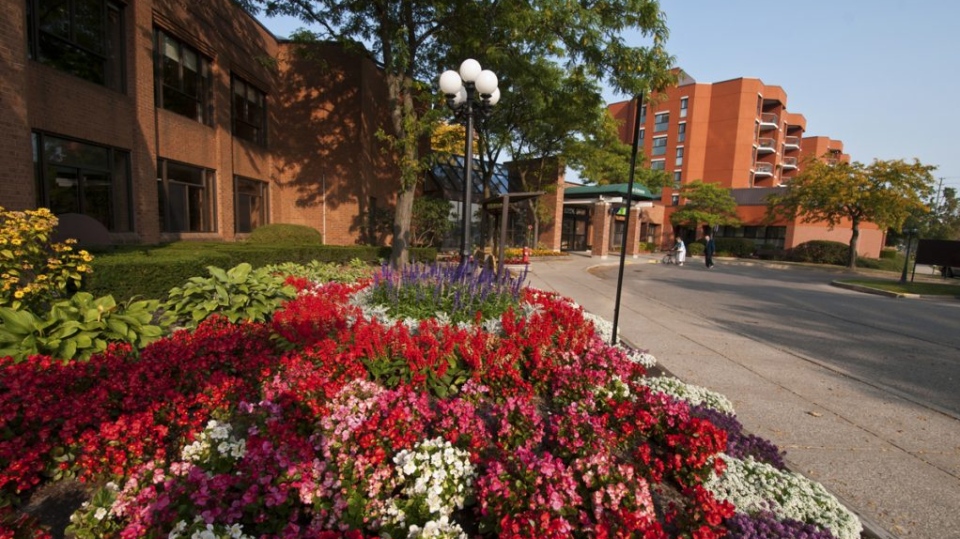 “I wanted to move her out of there … I left my job to take care of her. I felt my mother wasn’t safe there. There was nothing but neglect.”

Crane’s mother died in September 2020. She survived the COVID-19 pandemic, but lost her life to cancer. She said she would never forget the day her mother died at the home.

“I went to get the registered nurse and she goes, ‘just a minute, I’m just cutting a hamburger for a resident,'” she said. “Is that what you tell someone when their mother just took her last breath?”

In total, 40 people died due to COVID-19 at homes owned by Holland Christian Homes, with 12 deaths at Grace Manor and 28 at Faith Manor, also in Brampton.

In its most recent budget, the Ontario government has promised to add 30,000 new long-term care beds over the next 10 years. It says another 20,161 new and 15,918 redeveloped beds are in the “development pipeline.”

After receiving applications, the government has already given out licenses to some companies that applied for the new and redeveloped beds. Holland Christian Homes, for example, used all of its allocations to open a reconstructed Faith Manor in September. It also expanded from a 120-bed home to a 160-bed home.

Many critics and families say the government should not have given millions in taxpayers’ dollars to the company named in the military report.

The ministry also told CTV News Toronto that the pandemic showcased the need to update homes in order to prevent the spread of outbreaks. A spokesperson said the province will add capacity to areas of Ontario with “significant demand. ” 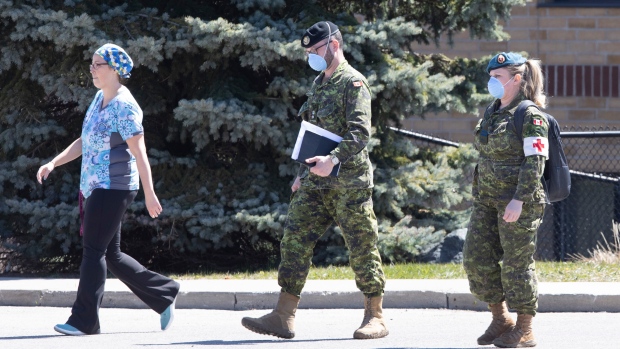 In a response to CTV News Toronto, a spokesperson for Holland Christian Homes said the issues noted in the military report have now been resolved.

“All findings that were part of the military’s final observation report of Grace Manor from May 2020 were treated with the care and attention they deserved and actions were quickly taken to modify existing practices and procedures accordingly. All non-compliance issues have since been cleared,” Director of Communications Trish Krale said.

“Continuous improvement is an integral part of Holland Christian Homes, as we place the health, safety, and wellbeing of residents and staff at the forefront of our operation.”

Government inspection reports suggest the home still has some ongoing issues. As recently as March 2021, the home was found to have failed to ensure fluid intake was documented for three residents.

“The residents clinical records were reviewed and showed their fluid intake was not documented on numerous dates and times.”

An inspection conducted between July 13 and Aug. 4, 2021, found several issues at the home. Inspectors documented that Grace Manor “failed to ensure that drugs were administered to twelve residents in accordance with the directions for use specified by the prescriber.”

The summer report included issues with fall prevention interventions, failing to protect residents from abuse, and failing to “to ensure a resident who exhibited altered skin integrity was assessed by a registered staff.”

Those are all violations of the Long-Term Care Homes Act. When a home violates the Act, a number of steps can be taken, the most common being a “written notice” issued by an inspector, which means a home is notified they did something wrong and asked to fix it. Often times, the issues persist after a written notice is issued, as there is no guaranteed follow up.

Inspectors can also issue a “voluntary plan of correction” that requires a licensee to come up with a plan to fix the problem, which the inspectors can then choose to follow up on. The province can also implement compliance orders, which guarantees a return visit from inspectors. 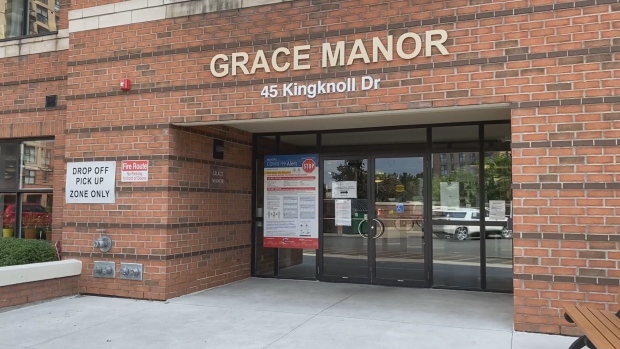 The harshest punishment that can be issued against a long-term care home is a “director’s order,” which can result in a home being placed under new management and a revocation of its license.

Natalie Mehra, executive director of the Ontario Health Coalition, said many homes like Grace Manor have managed to get by without facing any real repercussions.

“I mean they’re haunted all these families, it makes me cry to think about,” Mehra said. “It’s been devastating. They cannot believe that there has been no justice. They can’t believe it.”

“They faced no consequences in any way meaningful at all. I mean being written up in an inspection report that almost no one sees doesn’t matter.”

‘THEY COULD DO SO MUCH TO HOLD THEM ACCOUNTABLE’

Long-Term Care Minister Rod Phillips did not provide an answer to CTV News Toronto when asked why the long-term care homes listed in the military report have not been penalized, and are instead getting allocations for new beds.

On Thursday, the Ford government proposed new legislation that would, for the first time, give it the power to fine nursing homes and appoint a supervisor to take control of those in the worst conditions.

The new fines would range from $200,000 for an individual to up to $1-million for a corporation. The government also promised to spend billions of dollars to hire more workers, increase inspectors and build new facilities.

The current Long-Term Care Homes Act contains no provisions to fine operators of these homes. In 2017, the Liberal government introduced legislation that contained administrative penalties of $100,000 for violations, but the Conservative government did not make it law when it came into power in 2018.

The new legislation would also allow the province to choose a supervisor to take over the management of a home. The government never used its powers under the existing legislation to replace the management at a home or seize its license.

The province said on Friday that Ontario long-term care providers that violated regulations during the pandemic won’t be fined retroactively under new legislation introduced this week. No fines have been issued so far by the Ministry of Long-Term Care since COVID-19 hit.

Mehra said the government always had the powers to penalize homes and hold them accountable, but chose not to act upon those powers.

“There’s all kinds of stuff in the Act to hold the homes accountable, if that was really the agenda,” she said. “They could suspend licenses; they can suspend admissions, which gets them in the pocketbook. They can revoke licenses. They could do so much to hold them accountable but they didn’t.”

“They had the tools to do it this whole time.”