By: Justin Giovannetti, The Globe and Mail 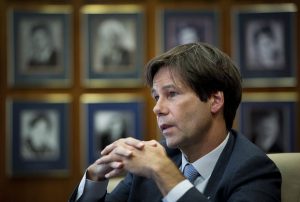 The Humber site might not be alone to reopen as a number of sites across Ontario are being considered for expansion or reactivation, Health Minister Eric Hoskins said Wednesday at Queen’s Park.

The Ontario government could reopen a Toronto hospital that was mothballed only two years ago as health professionals and opposition parties warn that an overcrowding crisis at health-care institutions across the province is reaching dangerous levels.

The Humber River Hospital site on Finch Ave. was closed in 2015 when a new facility was built a few blocks away. However, under a plan being considered by the province, the old hospital could be reopened within months. The move would create 150 beds for so-called alternate level of care patients, most of whom are currently in hospital beds waiting for spaces to open up in long-term-care facilities.

The Humber site might not be alone to reopen as a number of sites across Ontario are being considered for expansion or reactivation, Health Minister Eric Hoskins said Wednesday at Queen’s Park. While he couldn’t put a price tag on the move, the minister said $24-million had been set aside in this year’s budget to find additional supports for hospital patients.

“The [Humber site] will provide [patients] with highly specialized, expert care that’s specifically focused on their individual needs,” Dr. Hoskins said. “It will also have the added capability of relieving some of the capacity challenges that we are facing in our hospital system, including here in Toronto.”

Local health officials across Ontario are being asked to come up with plans to deal with bed shortages in their areas. The minister said “significantly more” beds could be opened, but he couldn’t say whether the new sites would be permanent. According to Dr. Hoskins, several thousand hospital beds across Ontario are currently filled by patients who should be in long-term care.

Progressive Conservative Leader Patrick Brown said the crisis was proof of the Liberal government’s misplaced health priorities, which he said have not focused on front-line workers. “This is the government in damage control right now. They have underfunded our hospitals and we have hallway medicine,” Mr. Brown said. New Democrat Peter Tabuns said the idea of reopening the Humber site is a “Band-Aid solution” and the government needs to pour more money into the province’s health-care system.

Overcrowding in Ontario’s hospitals has been a growing problem for years as the province’s health budget has failed to keep pace with the province’s growing population. Health experts point to a growing backlog for treatments, an increasing number of patients being left on stretchers in hallways and the frequency with which ambulances can’t offload in overcrowded emergency departments.

Ontario now has one of the lowest per capita health budgets in the country, according to the Canadian Institute for Health Information. Ontario’s public sector spent $3,952 per person on health care in 2013; the Canadian average was $4,200. After years of spending control due to deficit budgets, Ontario posted a surplus in 2017 and promised to increase health-care spending by 3.3 per cent. While he supports the government’s plan, the president of the Ontario Medical Association says he needs to see more details. With Ontario often running hospitals at maximum capacity in the province’s largest cities, OMA President Shawn Whatley says he’s worried with flu season approaching.

Natalie Mehra, the executive director of the Ontario Health Coalition, blamed the province’s underfunding of hospitals over the past decade. With hospital occupancy rates often in excess of 100 per cent, resources and staff have been strained for years, she said. In contrast to Ontario’s policies, she pointed to Europe, where occupancy rates of above 85 per cent are seen as unsafe due to the increased risk of hospital-borne superbugs. “There is really a crisis of hospital overcrowding across Ontario that’s dangerous and needs to be addressed,” she said.