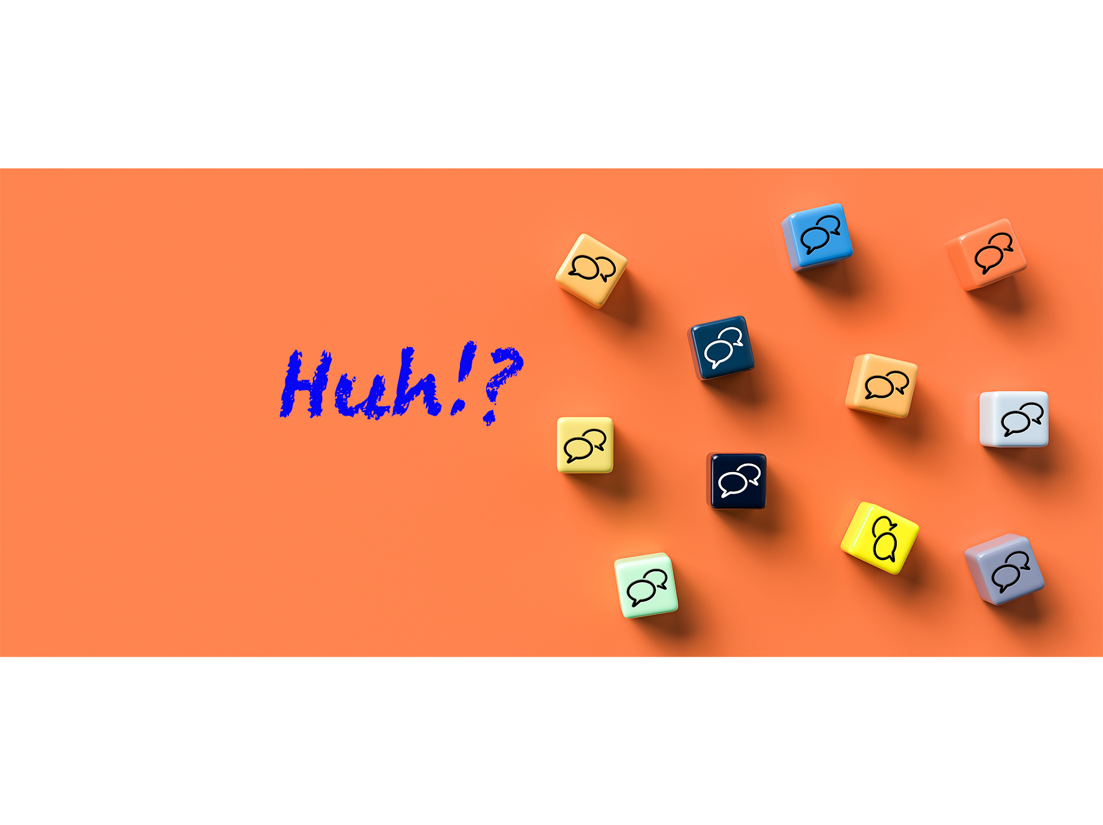 Alright, we know the Ontario election, like all others, is about retail politics – how candidates might best appear to be doing what needs to be done without costing their constituents any more than they absolutely have to. It’s not about a vision of possibilities – as we come closer to a confluence of disasters. We know that platforms have a sell-by date of June 2.

But could ever do with a grasp of the future that extends a bit beyond that sell-by date.

Of all 4 provincial leaders participating in Monday night’s debate, sadly, only Green Party Leader, Mike Schreiner had the guts to seize it – rising hate, white supremacy and of course the reason his party exists – the climate crisis. If there was only one remark to set him aside from the Liberals, the NDP and – naturally – the Tories it was: “I won’t raise taxes on low and middle income folks. Yeah, I’m going to ask wealthier people in this province to pay a bit more so we can have the funds to fix the foundations and so we can prepare for the next crisis – which is the climate crisis.” With that the Greens moved to the left of the NDP.

There were claims made through the 1 ½ hour debate – some verifiable some not so much. Here are few of them with School’s comments. 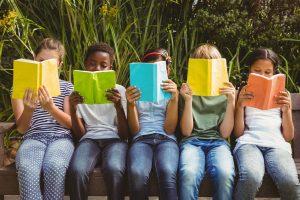 It must have been printed in black magic marker throughout his reminder binder, because PC leader Doug Ford mentioned it time and again: “Under the previous government we had lost 300 000 jobs” A little context here. Loss of 300 000 jobs through automation, cheap offshore wages, lower tariffs and so on, was an issue back in 2014. In 2019 Ontario lost another 24 200 jobs mostly in manufacturing and health care. This wasn’t helped by the cuts the Tories were making to the latter sector. According to Bloomberg, Ontario lost 355 000 jobs in 2020 due to COVID-19. Mr. Ford later said that “We have 550 000 jobs in the economy.” He just didn’t say where.

Supports for people in need

While Doug Ford was touting the removal of license plate fees and lowering gas taxes, Mike Schreiner pointed out the obvious: “It doesn’t do anything for a family that can’t afford a car – the type of family that might be on the Ontario Disability Support Programme (ODSP) or Ontario Works whose rates have been frozen since the election of the Ford government. The Tories promised a timely increase in the $1 169 ODSP payment by 5% on the eve of the election call. 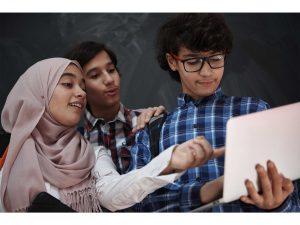 The $10 billion proposed highway will run in a broad curve from the 401 near Mississauga to the 400 just north of Vaughn would cut through the Green Belt and eat up 2000 acres of farmland as it crosses 85 waterways and disrupts 220 wetlands, Liberal leader Stephen Del Duca mentioned that the highway is “actually going to make some of his richest political donors richer.” That’s true. According to an April 2021 Star article, one of the developers John Di Poce employed the main Ontario PC fundraiser while three others gave a government lobbying job to Transportation Minister Caroline Mulroney’s leadership campaign chair.

The Tories love privatization and there’s no time like a surgery backlog caused by the pandemic to push it along. Liberal leader, Stephen Del Duca said  PC Health Minister Christine Elliott announced the government would relieve “ the surgical and diagnostic backlog…by inviting the private sector, private hospitals…”  to help clear it up.

This isn’t to let the Liberals off the hook. NDP leader Andrea Horwath agreed with Doug Ford’s contention that health care is in a mess “because of years if squeezing by the Liberal government.” The Ontario Health Coalition (OHC) explains that while former PC premier Mike “the knife” Harris was bad for the province’s health, years of Liberal cuts created a permanent crisis in health-care funding.

Mr. Ford promised that his government would spend $40 billion on hospitals over the next 10 years. This came from the last-minute budget a few weeks ago and when you hold it up in the light of so many of his government’s own health-care cuts, it’s not believable. For example, he cut mental health funding by over $330 million, set public hospital funding at less than the rate of inflation, set up a plan – later delayed – to cut public health funding to Toronto and cut funding to the College of Midwives. His government passed Bill 124 which limited public sector wages to 1% per year. This was harsh treatment for the province’s nurses and healthcare workers risking their lives through COVID-19. The other three parties at the debate said they would repeal the law- but not Doug Ford.

Then there’s the crisis of long-term care during the pandemic and his government’s effort to shield homes from negligence lawsuits through Bill 128. Fifty-eight percent of these homes are for-profit and Tories like former Premier Mike Harris are connected to them. 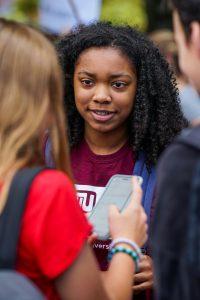 For Doug Ford, education is about preparing young people for the job market; heavens knows he brought it up often enough throughout the debate. If that means continuing mandatory e-learning after the disaster of online learning throughout the pandemic – so be it. If it means cutting teachers as you increase class sizes, that must mean getting the biggest bang for the buck.

But, you just can’t let it go when Mr. Ford said the province is investing $14 billion dollars in building and improving schools- that’s over ten years. With a repair backlog of $16.8 billion dollars and growing, Education Minister Stephen Lecce announced less than a month ago that the government will spend $500 million next year on school repair and replacement. At that rate schools might be back to where they were in about 34 years.

It makes for exciting television when the premier, as Andrea Horwath remarked, “is making stuff up.” So, when he had the gall to say that “the Liberals and the NDP closed 600 schools across the province,” it’s at least worth pointing out that the two parties weren’t in some kind of coalition government over the years- and that the Liberal government of the time actually closed 333 school by 2017 – replacing them with 57 new ones.

The Tories’ election budget shows $29.5 billion for education in 2022-23. This, according to Stephen Del Duca, is a drop of $1.3 billion compared to the province’s third quarter projection of $31.56 billion. But that amount includes a temporary COVID top up of $760 million. So the cut to education is more like $540 million, closer to the amount predicted by Randy Robinson of Canadian Centre for Policy Alternatives (CCPA) who noted that Education would be shorted by $500 million. Either way you look at it, Tories are not friends of education. For more on that, take a look at Fordwatch:Education.

Doug Ford called his slave auctioneer Education Minister the best we’ve ever had, so it’s hard to take seriously anything he has to say about anti-racism. Andrea Horwath noted that his government cut funds to the anti-racism directorate. All three other party members asked why Mr. Ford didn’t support Our London Families Act – the anti-Islamophobia legislation introduced by the NDP in response to the targeted killing of 4 members of the Afzaal family in London. Mike Schreiner called white supremacy and hate two of the largest challenges in Ontario and asked him directly to support the act. Mr. Ford said he’d spend money on safety outside mosques and similar gathering places – but left the question in the air. 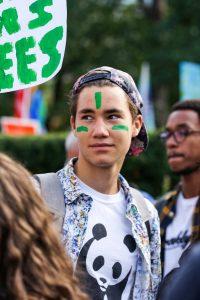 The Premier said that Ontario is attracting $14 billion to produce electric vehicles. It would have been great to hear where it’s coming from, since there is no mention about that sort of money to be invested in any recent articles on the topic. Mr. Ford’s own office says that a joint venture is putting $5 billion into a facility in Windsor. Another government website lists another $2.8 billion coming from Ford and General Motors. The Financial Post warns that Ontario faces stiff competition from Quebec with that province’s cheaper, cleaner energy from Hydro Quebec.

Doug Ford’s Tories, to put it mildly, have a credibility problem as far as a greener future is concerned. As Mike Schreiner mentioned time and again, Highway 413 is the opposite direction the province should be taking. The Green Party leader noted the environmental protections the government stifled like ordering Ontario’s conservation authorities to wind down. As the Tories crank up gas plants, Mr. Schreiner says, emissions will skyrocket 300 percent. According to a recent Toronto Star article, that number could be 400 percent. Andrea Horwath reminded those listening, that the Ford government stopped funding EV charging stations 3 years ago as well as tearing up green energy contracts. This was after eliminating the cap and trade deal at a cost of about $3 billion to Ontario citizens.