Ontario’s Progressive Conservative government used its majority Wednesday to pass Bill 7, controversial legislation that could force hospital patients awaiting long-term care to nursing homes not of their choosing on a temporary basis.

The government has faced criticism over the vague wording of the legislation, and that it opted not to send the draft bill to committee — meaning no public feedback was gathered before it was passed. None of the opposition parties supported the bill.

Long-term Care Minister Paul Calandra has said the government moved to bypass the committee phase because of the urgent need to free up acute care beds in hospitals, which have faced unprecedented pressures in recent months largely due to a shortage of nurses.

Calandra said sending patients who need an “alternate level of care” to long-term care homes will help ease that burden. According to the Ontario Hospital Association (OHA), there were 5,930 alternate level of care”patients — those deemed to no longer be in need of acute care — in hospital as of Aug. 17, of which 40 per cent were waiting for a space in long-term care.

The new legislation doesn’t allow patients to be physically forced to move to a long-term care home, but it’s not clear what would happen if a patient refuses a transfer. Critics have said that a patient who won’t move could be forced to pay the uninsured rate of a hospital stay, which can be up to $1,800 per day.

Speaking Tuesday, however, Premier Doug Ford said an $1,800 fee in these circumstances would be “absolutely ridiculous,” but said hospitals and Ontario Health are working out what the billing amount might be.

Peter Tabuns, the interim leader of the Ontario NDP, said the new law will hurt seniors and cause needless suffering.

“It’s very clear: people will get bullied, they will get huge bills, they will be pushed out the door,” he said.

Calandra and his ministry have declined to respond with any specific information about distances, saying those elements of the legislation are still under discussion with stakeholders. Calandra has said, though, that every effort will be made to keep patients “as close as possible” to their families and support systems. 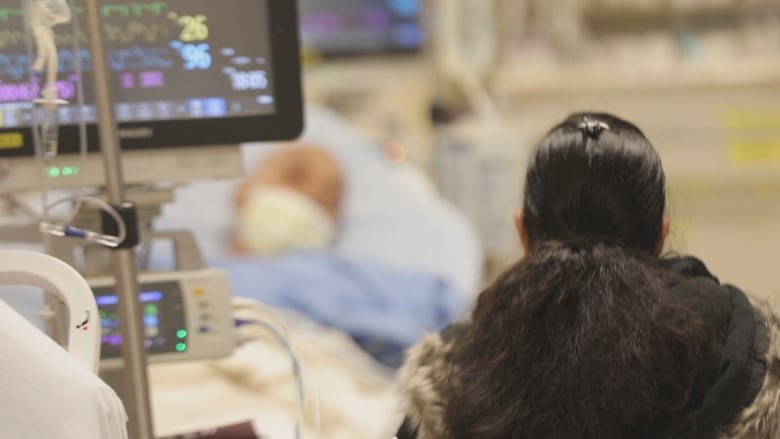 The minister has promised that the regulations supporting Bill 7, called the More Beds, Better Care Act, would be presented in the legislature within a week of the bill’s passage.

Several organizations asked the Ontario Human Rights Commission to use its public inquiry powers under the Human Rights Code to “to investigate systemic discrimination based upon age against the elderly in the provision of health care in Ontario.”

“This is a fundamental question of justice. Elderly patients are not taking undue resources any more than other patients. It is the cruelty of ageism laid bare and the Ontario Human Rights Commission must finally take action.”

Anthony Dale, president and CEO of the OHA, previously told CBC Toronto that he supported the passage of the act, noting that the current number of patients needing alternate levels of care is the highest the province has ever seen.

“Ontario’s hospitals are rapidly becoming the health-care provider of last resort for thousands of people who actually need access to home care, long-term care and other services. This is not appropriate for these patients,” he said.

Neither Calandra nor Health Minister Sylvia Jones made themselves available to answer questions from the media following Wednesday’s session in the legislature.