TORONTO — The Ontario government is abandoning its plan to trim billions off the deficit this year so it can spend big on health care and tax deferrals as COVID-19 wreaks havoc on the province.

“COVID-19 is an extraordinary threat to the health and economy of Ontario — the greatest we’ve faced in my lifetime — and it demands an extraordinary response from all levels of government and civil society because we’re all in this together,” Finance Minister Rod Phillips said in the legislature Wednesday.

He was supposed to unveil the Progressive Conservatives’ second budget. But Phillips said the uncertainty caused by COVID-19 made economic forecasting impossible. So instead, he tabled an economic update and said a full budget will be introduced by mid-November.

The update details the PCs’ $17-billion plan to respond to the crisis. It provides $10 billion for tax deferrals, $3.7 billion for social services and hydro discounts and $3.3 billion for the health-care system. 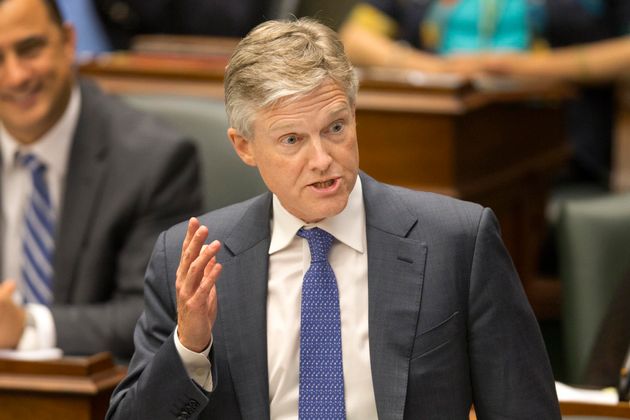 Hundreds of millions of dollars will be injected into public health, long-term care homes, COVID-19 testing centres and personal protective equipment for health-care workers. A billion dollars will be set aside for a special coronavirus “contingency fund.”

One health-care organization said this emergency funding means Ontario is catching up.

“The bottom line is that Ontario had fallen so far behind in terms of health care funding that the emergency announcements only now bring us close to where funding should have been … before COVID-19,” said Natalie Mehra, executive director of the Ontario Health Coalition, in a press release.

Researchers have said that the virus could overwhelm Ontario’s hospitals as early as next week. Nine people with COVID-19 have already died in Ontario and 688 have tested positive as of Wednesday afternoon.

A government official answering journalists’ questions on background said the promised hospital beds will come online on an “ongoing” basis but could not provide an exact date.

A recent CBC investigation found many Ontario hospitals were already running at or over capacity even before the COVID-19 outbreak. Ford was elected in 2018 on a promise to end so-called “hallway health care.”

In 2019, ten former provincial health ministers said the Ford government’s “drastic” cuts to public health would make it harder to prevent a disease outbreak. Ford ended up delaying the cuts so that they would no longer be retroactive.

Ontario’s financial watchdog also warned that Ford’s plan to eliminate the deficit could mean serious trade-offs for the health-care system.

In light of the current COVID-19 crisis, the government won’t say when it plans to balance the budget.

The bulk of the government’s $17-billion spending plan will go to provide temporary tax relief.

The province will defer property taxes for individuals and businesses, and defer taxes and Workplace Safety and Insurance Board (WSIB) costs for businesses at a cost of $10 billion. And it is spending $3.7 billion to lower hydro bills, boost payments for seniors and provide extra money for municipal food banks, shelters and emergency services. 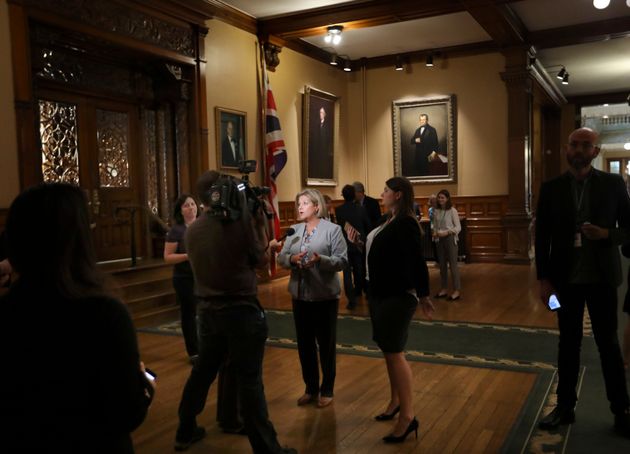 “New Democrats will support this bill … but I am extremely concerned,” she said in the legislature.

“People have seen their incomes drastically cut or eliminated altogether … People are anxiously watching their retirement savings drain away … And all of us are worried about the most vulnerable among us amidst this pandemic,” she said.

“People need help. They need help now … This package does not do that.”

Her NDP caucus had called for immediate payments of $2,000 to every household where someone had lost income.

The federal government said Wednesday that it would provide $2,000 a month for up to four months to workers who are laid off or lose their income because of COVID-19.

“Nurses, doctors and personal support workers should be confident in their ability to stay healthy,” he said in a statement.

‘No one … in their wildest dreams’

Ford was asked Wednesday if he ever could’ve imagined tabling a spending plan with a $20.5-billion deficit.

He said “no one in this world in their wildest dreams” could have predicted the scenario Canada is in. He also said his government’s focus on cutting spending has left leeway so that it can respond to emergencies like the novel coronavirus.

“If we weren’t fiscal, prudent managers, we wouldn’t be able to offer up what we’re offering today.”

With a file from The Canadian Press