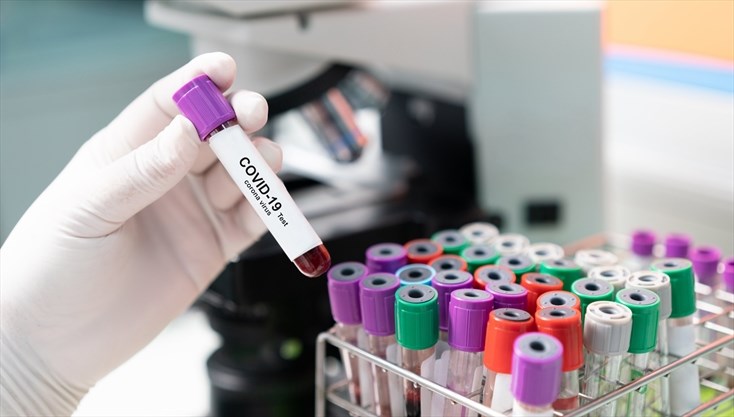 A Star compilation of data from regional health units at 11 a.m. Friday showed an increase of 44 deaths in the previous 24 hours. – Shutterstock photo

The COVID-19 pandemic in Ontario has now claimed almost 1,600 lives, a number eight times higher than it was a month ago.

A Star compilation of data from regional health units at 11 a.m. Friday showed an increase of 44 deaths in the previous 24 hours to a total of 1,596 since the first fatality was reported in mid-March.

Another 459 new confirmed or probable cases were recorded, pushing the number of infections from COVID-19 to 20,546 since the outbreak began in late January.

At least 1,150 of the deaths have been in nursing homes where the novel coronavirus spread rapidly, according to Ministry of Long-Term Care figures released Friday.

NDP Leader Andrea Horwath renewed her calls for an independent public inquiry of the situation in long-term care, including a look at the role of for-profit homes which the Ontario Health Coalition found to have a higher death rate than not-for-profit or municipally owned facilities.

“It’s time to lay all facts on the table,” she told reporters in a teleconference.

Horwath said the government did not do enough to protect nursing-home residents from COVID-19, in part by waiting too long to ban staff from working in more than one facility and spreading germs.

There are outbreaks in 175 of the province’s more than 600 nursing homes, where 2,782 residents and 1,707 workers are sick with COVID-19, resulting in staff shortages.

Some have had dozens of deaths and so many staff off recovering from the coronavirus that Premier Doug Ford asked the federal government to send five military medical teams to help out.

A number of hospitals, which have not seen a feared surge of COVID-19 patients, have sent teams of doctors, nurses and infection control specialists into dozens of nursing homes to provide desperately needed help.

Ford has acknowledged the nursing-home system, which was under pressure before the pandemic, is “broken” and needs an overhaul, but has evaded questions on whether he will call an inquiry.

Across the country, residents of nursing homes have accounted for 82 per cent of deaths from COVID-19, according to a tally by the National Institute on Aging.

At least 4,471 Canadians have died from the highly contagious virus, which has infected 65,399 who have tested positive and many thousands more who had mild or moderate symptoms and were not checked.

The Ministry of Health reported there were 1,043 patients in hospital with COVID-19, a number that has jumped from 800 in the last couple of weeks as more nursing-home residents have been sent for care.

Almost 13,000 Ontarians with confirmed cases of COVID-19 have recovered.

After missing the daily test processing target of 16,000 for most of the week, labs across the province provided results on 16,295 samples on Thursday, the Ministry of Health said.

Chief medical officer Dr. David Williams said the portion of tests coming back positive for COVID-19 has fallen to just over four per cent.