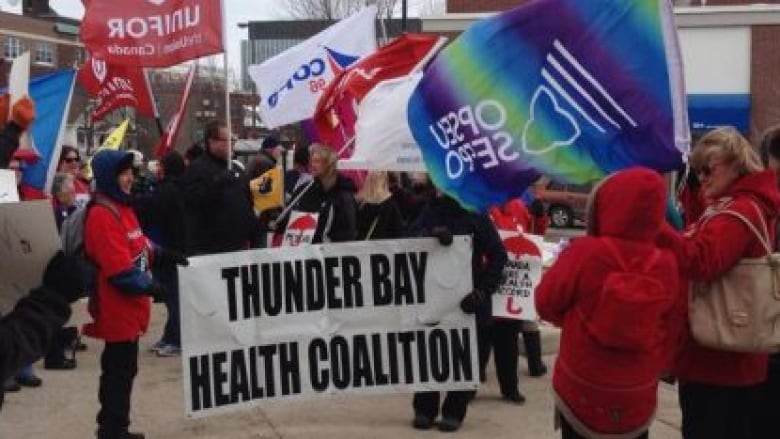 The Ontario Health Coalition has released a new report, calling the current state of long-term care in the province a crisis.

The report, titled Caring in Crisis: Ontario’s Long-Term Care PSW Shortage, shines a light on the PSW shortage coupled with a rising demand for long-term care in the province.

Kari Jefford, President of Unifor 229, says the shortage of PSWs is leading to inadequate care for those living in long-term care facilities, and has serious local repercussions.

“It’s beyond an assembly line in fast-forward,”  Jefford said, while explaining the work of a  PSW on a day-to-day basis.

According to the report, long-term care homes are working with shortages on almost all shifts every day, and there are not enough workers to staff existing beds, including the planned new beds that aimed address the long wait lists in communities across the province.

“We need minimum staffing levels mandated through legislation, we need recruitment and retention dollars attached to the PSW work, that is the only way to address these issues,” Jefford said.

Jules Tupker, chair of the Ontario Health Coalition, said that the current workload faced by PSWs in the workplace is keeping people from entering the PSW college programs, which contributes to the shortage of workers in the province.

“We need the government to basically put money into education,” he said in an interview with CBC. “We’ve got to get people interested and get a positive spin on long-term care so young people will get back into the colleges for the PSW program, but I don’t think that’s going to happen very much with this Ford Government.”

The new report released by the health advocacy group is based on the input from round-table meetings held across Ontario attended by home operators and administrators, PSWs, union representatives, family councils, seniors, coordinator of PSW courses, and local health coalitions.

The group released a similar report last year calling the situation in long-term care facilities critical, but Tupker and Jefford said they’ve been advocating for changes in the sector for over ten years.

The Minister of Long Term Care, Dr. Merrilee Fullerton, said in an interview with CBC that the shortage of PSWs is a serious problem the government has been left with and is treating the issue with urgency.

“We’ve collaborated with our sector, and we understand what their concerns are as well and how we can help them and support them,” said the Minister. “Our personal support workers are the backbone of our long term care system.”

Minister Fullerton said that when it comes to the issue of recruitment and retention, the government has been looking at college programs that have been excelling in keeping students enrolled in the program and are learning from them.

“We want to help those homes improve that care, and we do that by collaborating, by sharing best practices, by bringing research and evidence based improvements… and this can be done, it is being done,” she said.

Minister Fullerton said her ministry is actively working on a staffing plan, and has been touring across the province to understand the problems within the sector.