Paid sick leave is a good idea whose time has come 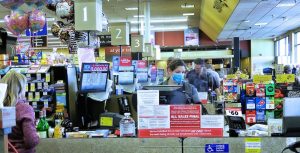 The COVID-19 pandemic has made the idea of paid sick leave for all workers suddenly popular.

When he was leader of the Ontario Conservative party, John Tory did not favour obliging employers to pay workers when they were sick. Now, as mayor of Toronto, Tory is all for it.

So are Patrick Brown, mayor of Brampton (and also a one-time Ontario Conservative leader), Toronto’s medical officer of health Eileen de Villa, and many others in the health field. The NDP in Ontario has long favoured paid sick leave.

At present, only the federal labour code provides for paid sick leave. For all workers within its jurisdiction, the federal government guarantees five days of sick leave per calendar year, three of which must be paid.

However, federal law governs a small minority of Canadian workers, including those in banking, interprovincial and international transport, and communications. Most workplaces are provincially regulated, and (with the partial exception of Quebec) no province or territory obliges employers to provide any paid leave for their workers when they’re sick.

Many provinces do have provisions for unpaid sick leave, which means the boss cannot fire workers when they stay home for health reasons, but doesn’t have to pay them for that time. The number of (unpaid) sick leave days varies from province to province. In Ontario, it is a meagre three per calendar year.

Some provinces have provisions for unpaid leave to care for a sick child or other family member. Quebec’s labour code provides two paid leave days for that purpose. And Quebec is the only province to provide some guaranteed pay for COVID-19-related sick leave.

Now, in a time of pandemic, unpaid leave provisions seem woefully inadequate — not only for the well-being of workers, but for the safety of the rest of us.

It is a cruel fact that many workers choose to continue working when they have symptoms of COVID-19, or other illnesses, and will not even get themselves tested. The reason? They can’t afford to give up any of their work income, and they fear losing their jobs, whatever the labour laws might say.

This is especially true for precarious and underpaid workers in some manufacturing sectors and in retail, and for many essential health-care workers, notably personal support workers in long-term care.

It is hard to find out exactly how many cases of COVID-19 are connected to workplaces in Canada. Federal and provincial governments do not provide that information.

This past November, the Ontario Health Coalition did make public a study of coronavirus outbreaks in non-health-care workplaces in Ontario, and the results were grim. They would be worse today.

The case of the Cargill meat packing plant in Alberta is still in the news. Nearly half of its 2,200 workers were infected last spring, and two died. The RCMP has now launched a criminal investigation of Cargill.

Refusal to institute a key measure to combat the pandemic

The Doug Ford government in Ontario has just made a big show of imposing strict limits on its citizens’ behaviour and movements, in order to stem the fearsome increase in COVID-19 cases.

But Ford adamantly refuses to bring in new labour legislation to guarantee paid sick leave to all workers. An army of medical experts tells us that this single, simple measure would be one of the most effective in containing the virus.

Now, Ford argues, provincial sick leave is not needed because the federal government has put in place a special payment for workers who contract COVID-19.

To access that federal money ($500 per week, for two weeks) workers must undertake a laborious and bureaucratic application process. If approved, they only receive the money long after the fact. The federal measure is good as far as it goes, which is not very far. It has not worked to motivate most sick workers to stay home.

What those workers need is guaranteed paid leave, which would mean they could take time off when they were sick, continue to get their regular paycheques, and know their jobs would be there when they recovered.

Some small businesses might argue they cannot afford the extra burden of paying sick workers. Many others, however, such as the Bread By Us bakery in Ottawa, voluntarily provide their workers with sick leave pay. They say it helps their businesses, in the long run, by building employee loyalty.

An issue like paid sick leave can become a one-week wonder in Canadian politics. It’s on the agenda today, but might disappear tomorrow. Soon, we’ll all likely turn our attention to the next new shiny object.

But in the current context, the usual advocates for increased worker rights — the labour movement, grassroots community groups, and the New Democratic and Green parties — should take advantage of their many and vocal newfound allies, including high-profile municipal leaders and senior health-care professionals.

There is an opportunity, here and now, to forge a broad-based coalition to achieve this common-sense measure, in Ontario and throughout Canada.

Karl Nerenberg has been a journalist and filmmaker for more than 25 years. He is rabble’s politics reporter.