By: Jessica R. Durling, The Pointer 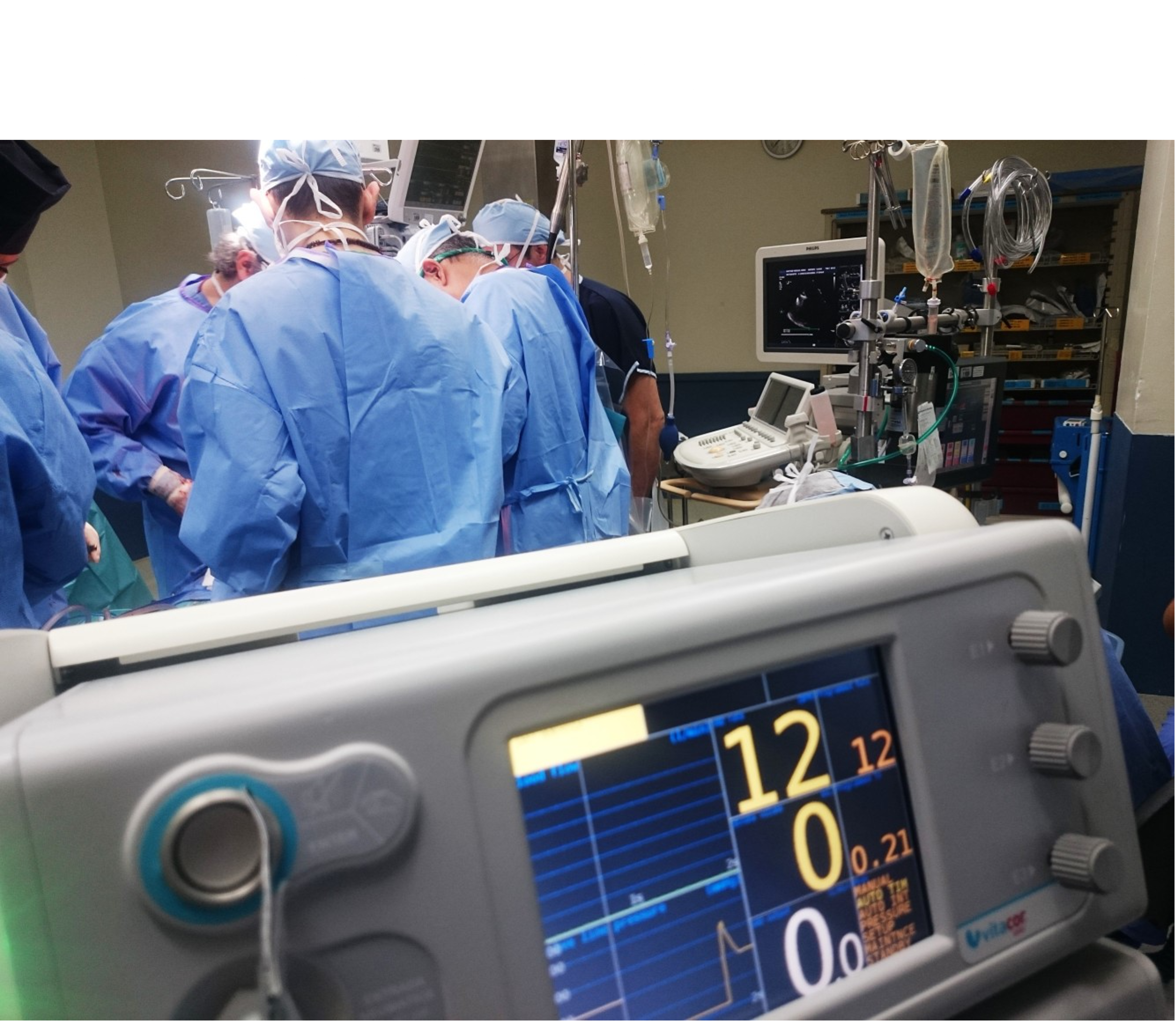 When Ontarians first heard the Doug Ford government’s plan to charge hospital patients, mostly seniors, $400 a day if they refused to be involuntarily uprooted from their hospital bed, residents flooded social media with their angry responses.

Now, Bill 7, The More Beds, Better Care Act, is heading to court, after the Ontario

Health Coalition (OHC) and the Advocacy Centre for the Elderly (ACE) launched a Constitutional Challenge to the PCs’ controversial Bill, calling it an “egregious violation” of the Charter rights of elderly residents.

The Act received Royal Assent on August 31, drawing the ire of opposition MPPs and health advocates. It took effect November 20, and allows hospital patients to be charged $400 a day if they refuse to be transferred to an alternative setting like a longterm care home or assisted living facility.

Its critics have labelled the legislation as ageist and discriminatory toward the elderly population who will be disproportionately affected, and unprecedented in that it allows personal healthcare information to be shared without consent.

If a patient refuses to go, the hospital is required to charge them $400 per day.

Natalie Mehra, executive director of the OHC, said the group is currently filling out affidavits, accepting donations and seeking patients who are being pushed out into long-term care homes under threat of being charged $400 daily.

“We’ve been receiving correspondence from people all over Ontario who are really appalled at this legislation– people who are facing these circumstances in hospitals, people who have been wanting to support and donate. I’ve done this for 27 years, and it happens, but it doesn’t happen very often that you get such a mass of people who understand what the legislation is about and are just horrified that our province is doing this to the elderly.”

In one case, Mehra said a family is spending $4,000 a month for a retirement home to avoid being put in a long-term care facility against their choosing.

“I’ve heard from another person that in order to prevent them from moving to a longterm care home that is awful, they moved her to one that is more than 100 kilometres away but it is decent.” 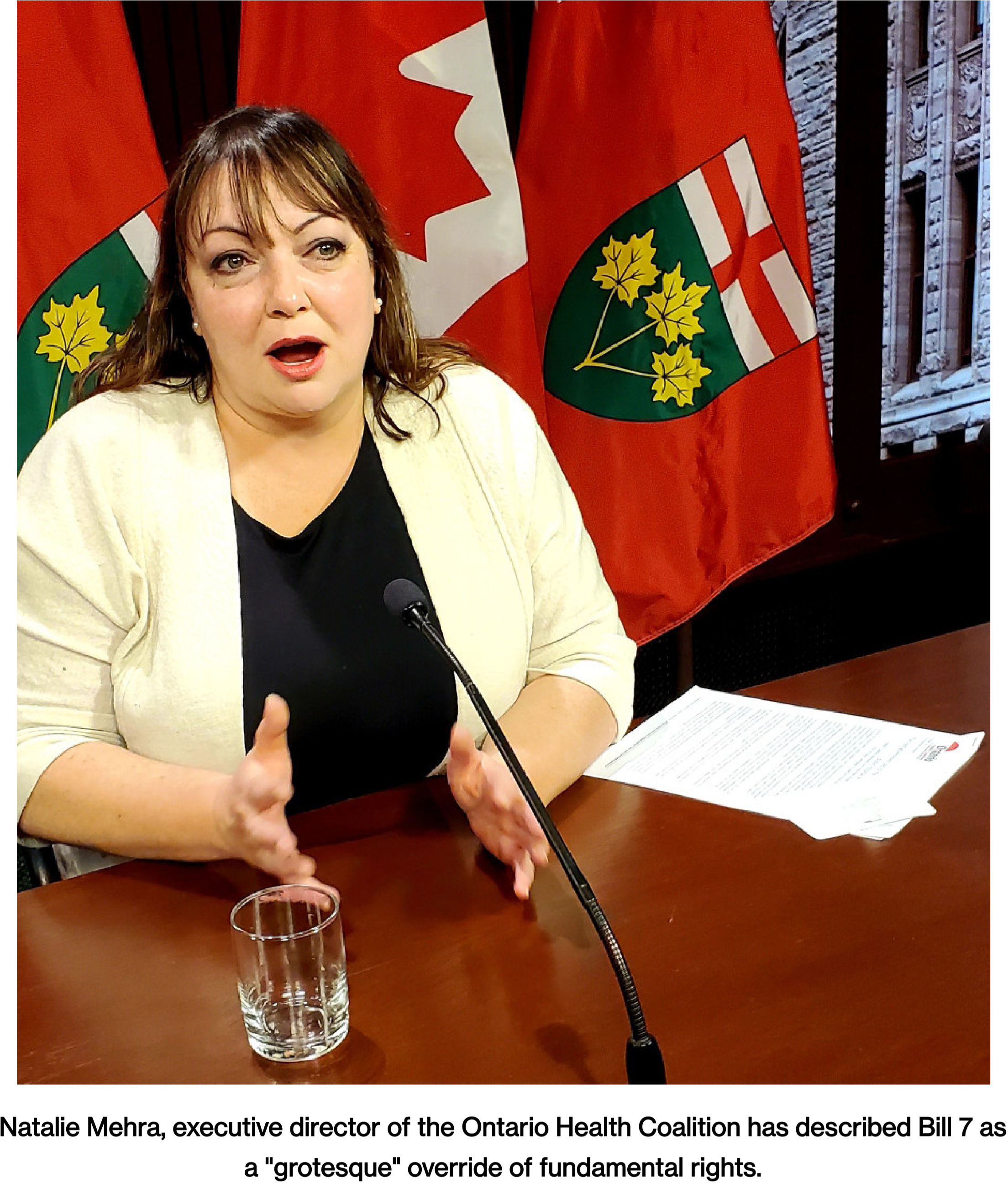 With the challenge, the Ontario Health Coalition has compiled and released a list of long-term care homes with the longest and the shortest wait times in each region of the province to illustrate where patients would most likely be transferred to.

“There’s no appeal in the legislation or regulation and so this is our only way to challenge this. We’re hoping to have it heard as quickly as possible.” 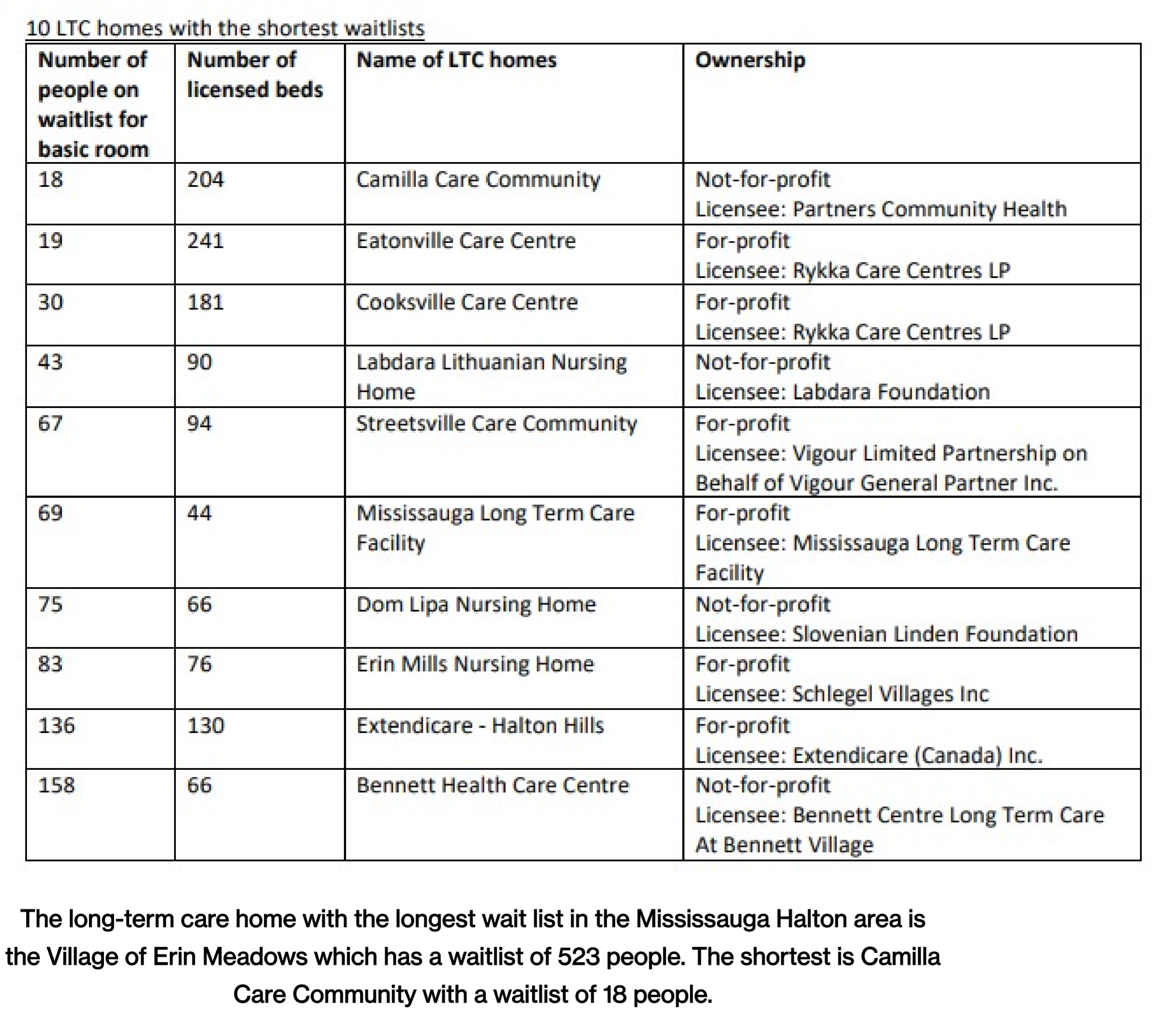 Represented by Goldblatt Partners LLP, the co-applicants’ case to the Ontario

Superior Court of Justice centres around the Bill’s alleged violation of The Canadian Charter of Rights and Freedoms Section 15. It states that “every individual is equal before and under the law and has the right to the equal protection and equal benefit of the law without discrimination and, in particular, without discrimination based on race, national or ethnic origin, colour, religion, sex, age or mental or physical disability.” If the case is successful, the Superior Court can striked down Bill 7.

“The purpose of the legislation and mandatory $400 fee is to intimidate and coerce older adults to leave hospital, to any destination, even those which are inappropriate,” Jane Meadus, lawyer and institutional advocate at ACE, said. “Under this law, hospitalized senior’s personal health information can be sent to any long-term care home without their consent, breaching a fundamental right to privacy over health information that every other Ontario citizen enjoys.”

Steven Shrybman, lawyer at Goldblatt Partners LLP, said that because the intention, allegedly, is to coerce certain hospital patients who can no longer be cared for at home into being placed in a long-term care setting, it violates the fundamental right to require informed consent for medical treatment.

“Bill 7 represents an unprecedented and egregious deprivation of the Charter rights of many elderly and vulnerable hospital patients in respect of both their right to life, liberty and security of the person and to equality,” Shrybman said.

Those who have been impacted by the legislation can email the OHC at: ohc@sympatico.ca.