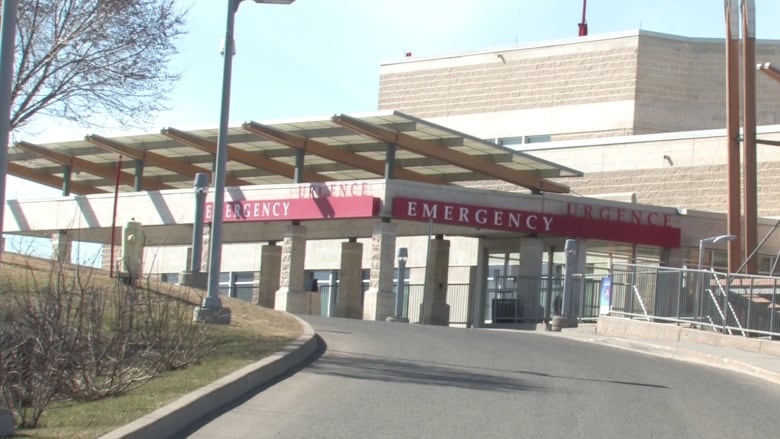 Hospitals such as the Thunder Bay Regional Health Sciences Centre could lose up to 71 beds if the Ford government proceeds with spending cuts promised during the election campaign, according to the hospital division of the Canadian Union of Public Employees (CUPE). (CBC)

The party has pledged to end ‘hallway medicine,’ or overcapacity, but the PC pledges to cut taxes and government spending are at odds with that promise, according to a report titled “Hallway Medicine: It Can Be Fixed” by the Ontario Council of Hospital Unions, the hospital division of CUPE.

Thunder Bay hospitals stand to lose up to 71 beds if the cuts are made, said council president Michael Hurley.

“There would be just under 200 people who would also have to be eliminated in order to make those targets balance,” Hurley said. “So, we wanted to draw attention to the fact that these two demands are actually in competition.” 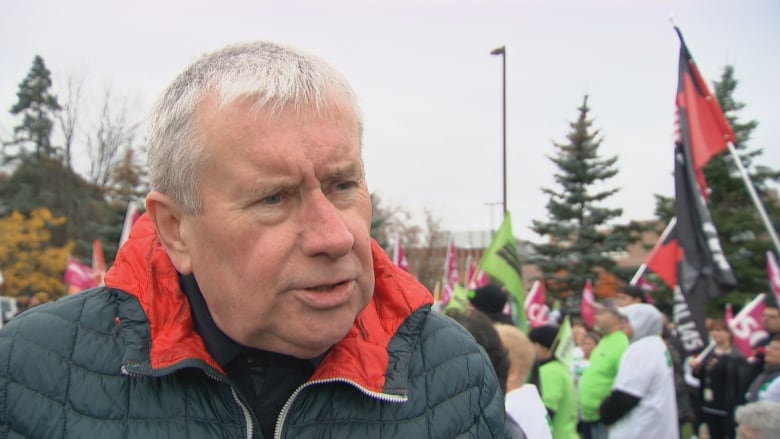 Michael Hurley, the president of the Ontario Council of Hospital Unions, said the council is working with the Ontario Health Coalition to raise awareness about the possible impact of proposed provincial spending cuts. (CBC News)

The PCs promised during the election campaign to cut spending across the board by four per cent.

“When you apply a four per cent spending reduction to the hospital budgets, and when you add in the impacts of some of the other promises the government has made … the newly-elected government would have to cut by the third year of its mandate something in the neighbourhood of $13 billion,” Hurley added.

“When you apply that in healthcare … it means that, in this community, you’d have a loss of somewhere up to 71 beds.”

The council is working with the Ontario Health Coalition to raise awareness about the issue, Hurley said.

The way to end hallway medicine, he said in a statement, is to increase investments in health care short term to ensure that it meets the needs of the baby boom generation.