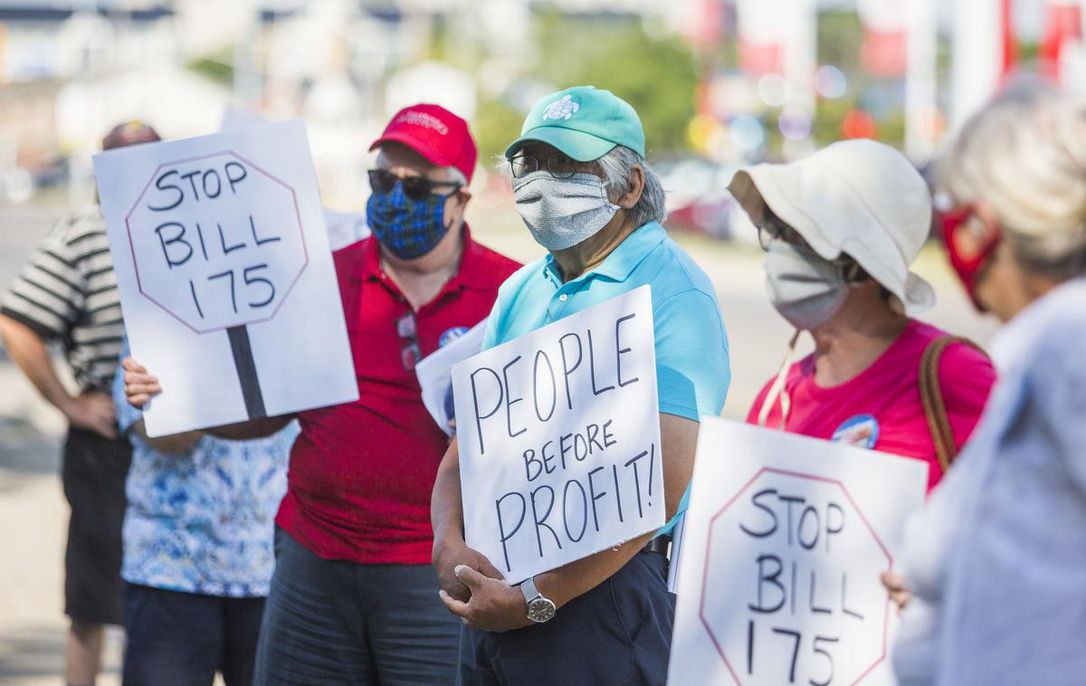 She said Bill 175: the Connecting People to Home and Community Care Act introduced in February, is set to be approved, possibly as early as Monday.

Hotte said the bill opens the door for more privatization in the health-care system.

“Key elements are not in there,” she said. “When you look at the regulations they’ve submitted, very little has to do with better care.

“They are rushing this through in the middle of a pandemic with very little consultation — and almost no debate.”

The protest Friday included chalk lines to remind participants to keep their social distance, and plenty of masks. It was held at Garden City Manor, a St. Catharines home in the midst of a COVID-19 outbreak.

The outbreak at Garden City Manor was declared in early June after a resident tested positive.

“Garden City Manor is doing the best they can with the outbreak they have,” Hotte said. “We are not picking on them. They have enormous challenges, like every long-term care facility.

“On a bigger scale, where is the provincial plan? B.C. and Quebec have plans. Why don’t we have one in Ontario?”

Quebec is recruiting 10,000 personal support workers, offering $21 per hour for training and increasing wages to $26 per hour, a release from the coalition said. As a result, Quebec has had more than 65,000 applicants.