A small crowd gathered at Sudbury’s Civic Cemetery on Monday calling on Premier Doug Ford to take the profit out of long-term care in the province.

“We’re here to demand immediate action to fast track improving healthcare to four hours of care, per resident, per day and we want that to start now,” said Dot Klein, of the Ontario Health Coalition.

It was one of 16 rallies the coalition held across the province, including one in North Bay.

Klein said roughly 60 per cent of all homes in the province are owned by for-profit organizations. They also want Bill 218 to be repealed.

“We want families and caregivers to be given access to residents to end their detention, isolation and human rights violations,” said Klein.

Coalition member Alessandro Presenza made the trip to Sudbury from Toronto. COVID aside, Presenza said facilities shouldn’t be able to dictate which family members get to see their loved ones.

“Why is this government getting away with these crimes?? It’s because we’re letting them — so get your lawyers, if you don’t have money contact me, we’ll get you in touch with lawyers that can do contingency cases.”

Presenza also started a support group for ending the profit in long term care over Facebook called “Hands in Hope.”

Personal support workers told the crowd they’re being left short staffed. Some at times are even seeing a ratio of one PSW per 40 to 50 residents.

Shawn Mathe, a PSW in Sudbury, said things have only gotten worse during the pandemic.

“When you’re holding the hand of someone who is passing away because family members can’t be there, when you’re on the floor and you have good colleagues that you’re working with and you can think about how to make this place better and you ask for help from the government and they don’t provide it? That’s the issue,” Mathe said.

“It’s not about the money … We need a lot more people on the ground to provide care — more qualified people.”

In its Throne Speech on Monday, the provincial government promised more help was on the way for the long-term care sector.

Among some of the highlights, $2.68 billion to provide 30,000 new long term care beds in a decade. The government also pledged $5 billion in the next four years to hire 27,000 more long-term care staff.

“We have a plan to fix long-term care and to ensure Ontario’s seniors get the quality of care they need and deserve, now and in the future. Our plan is built on three pillars: staffing and care; accountability, enforcement and transparency; and home infrastructure and development. This government has made historic commitments to increasing staffing levels and building new beds — and we’re making good progress on these commitments. We intend to introduce legislation and we are moving to improve accountability in the long-term care sector to ensure residents get the care they deserve.”

West said the government maintains privatized healthcare because it has become a lucrative business for members of the Progressive Conservative Party.

“All we’ve seen from Doug Ford is that he’s basically for protecting his buddies,” West said. “When he promised an ‘iron ring’ around long term care, when they army came in to help and there was that report detailing how bad it was, he talked about the ‘iron ring, iron ring’, non-stop. He didn’t take any action to protect long term care.”

Other workers talked about the challenges they face caring for their clients.

“There’s only one person to care for 32 people while my partner’s on break, that’s really impossible and now they’re making it worse with firing,” said Tracy Lavoie.

Most in the crowd say they are expecting things will remain the status quo at least until the next provincial election in 2022. 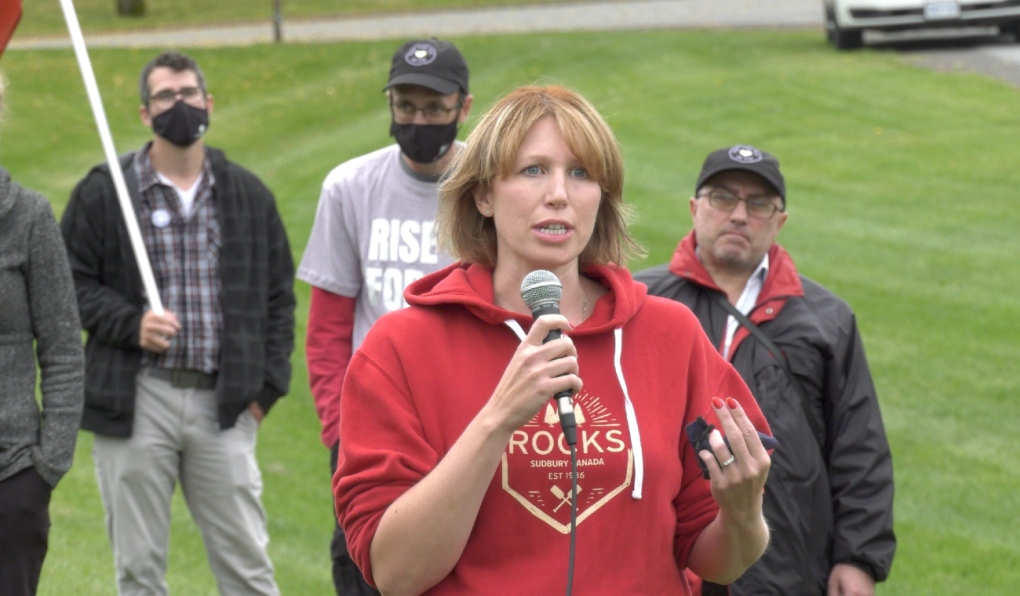