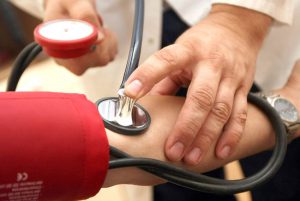 Residents of Oxford County will soon have the chance to have their voices heard when it comes to public health reform.

A public hearing on public hospital reform will be held in Ingersoll on June 26. Hosted by the Oxford Coalition for Social Justice and the Ontario Health Coalition, the hearing is the first of many the latter will be holding across the province. The intent is to use the opinions and concerns gathered at these hearings to create a report on reforming hospitals that will help the government better understand the issues.

These hearings are the result of a recent report from the Ontario Health Coalition that touched on the issues of privatization of Ontario hospitals and private clinics over-billing patients. The full report can be found online at www.ontariohealthcoalition.ca.

Oxford Coalition for Social Justice chair Bryan Smith said they plan to invite people to the hearing who have stories about hospitals and health care that will help them understand what gaps exist in serving the needs of patients.

“We want to understand the impact of those gaps,” Smith said. “The very fact that somebody can’t get that surgery performed in an Oxford hospital and has to go to London … How do they get to London, who comes and visits them when they’re there, what does it cost to get them there and back, what does it cost to get a friend, family member or health advocate to be there with them? “We want to hear all of those stories about the gaps in terms of service and delivery. We also want to hear people who have had the experience of what we call ‘promising practices.'” Smith described promising practices as alternative therapies or procedures that save people time, money and suffering.

There are several people who have already committed to speaking at the hearing in Ingersoll who will talk about a variety of topics, including eye surgeries, and hip and knee surgeries in Oxford County.

“There is someone who has a really quite horrible story to tell,” Smith said. “It’s a story about someone being double-billed by a care facility and a hospital for exactly the same patient and exactly the same days … We have some stories like that and we’re still gathering some as well about a variety of other things that relate to how elderly people in particular seem to be getting shuttled aside.”

Another issue Smith said they will be hearing about is “lookism,” where someone does not receive surgery based on the way they look. One particular example that Smith talked about involved a woman who has been denied joint surgery because of her appearance.

“There are several things we want to happen,” Smith said. “We want to open up a democratic space in terms of how hospitals are organized and how health care is delivered in the province, and we want it to be based on the actual and expressed needs of the public. We want the government to have a broader and deeper understanding of public health, particularly in rural areas. We also want the public to have that understanding, so they can ask or demand of their government appropriate care based on the needs of the public.”

If someone has a story about the Ontario health-care system, people can book a time to make an oral submission at the hearing by calling the Oxford Coalition for Social Justice at 519-456-5270 or the Ontario Health Coalition at 416-441-2502, or e-mailing bryasmith@oxford.net or ohc@sympatico.ca.

Those who do not wish to give an oral submission can provide a written submission with a deadline of June 30.