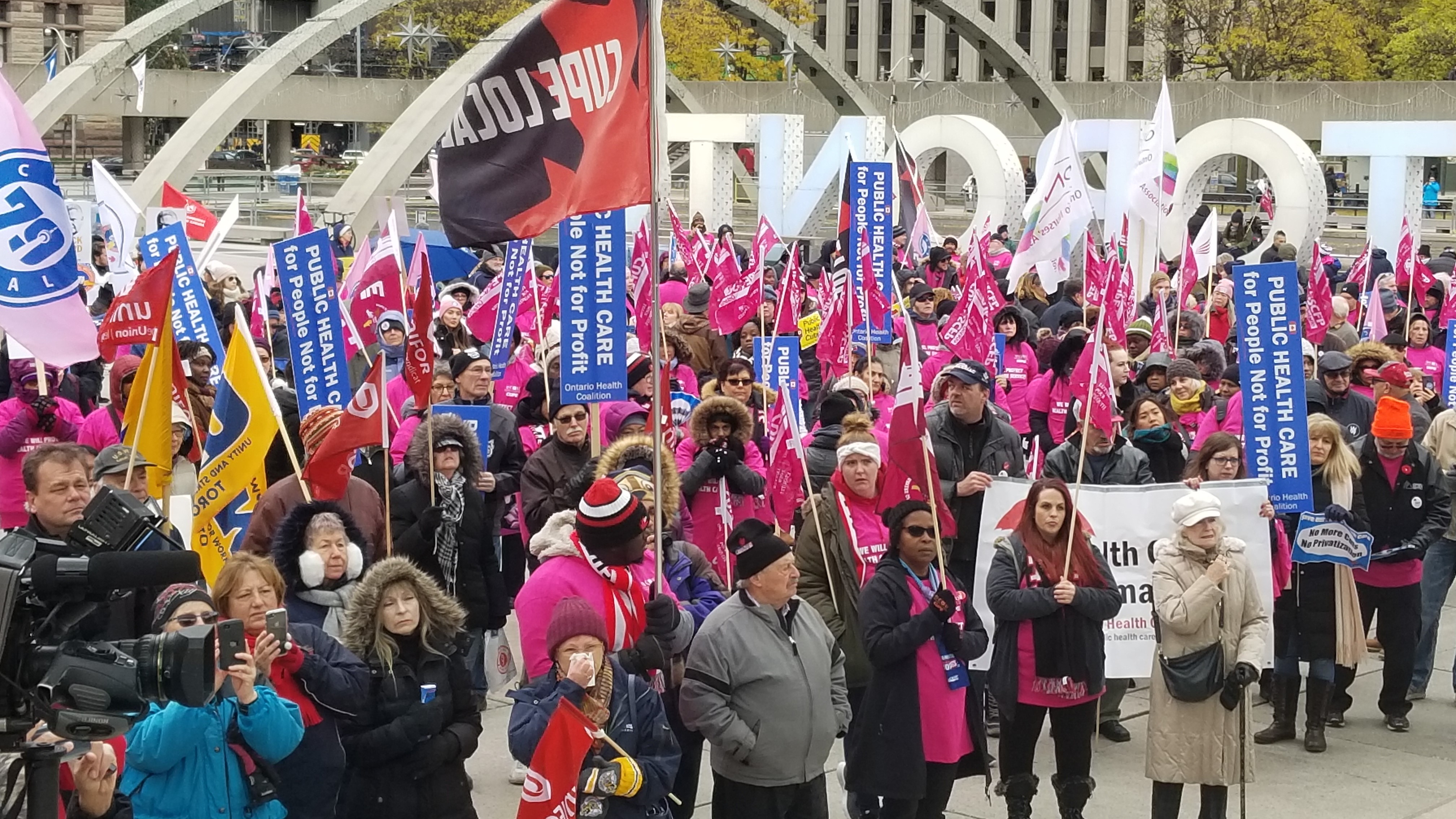 Initially, municipalities had varying public health cost-sharing arrangements with the province with the government paying 100 per cent of the cost in some cases.

Under proposed changes introduced by the Ford government, all municipalities are set to pay at least 30 per cent of public health costs.

“We need to restore capacity, we need to re-open the closed wards and the closed operating rooms and that means sufficient funding and funding that goes to care to do that,” said Natalie Mehra, the executive director of the Ontario Health Coalition, one of the more than 50 organizations who helped stage the rally.

“Giving people a choice between a terrible plan and just a very bad plan shouldn’t be the choice that we have. …In public health there’s no evidence whatsoever to support the closure of public health units.”

The rally comes in the wake of a new report from Financial Accountability Officer Peter Weltman who said the government’s plan to add 15,000 new beds to the long-term care system over the next five years won’t be enough to stop wait lists from growing.

But Weltman said the province’s aging population will outpace the growth rate of the new long-term care beds, a fact that will hamper the government’s ability to make good on a pledge to end hospital over-crowding.

Weltman calls the Ford government’s plan the most significant investment in long-term care beds in 15 years but it won’t be enough to make a dent in wait times, adding 55,000 new beds would have to be in place by 2033 in order to make a difference.