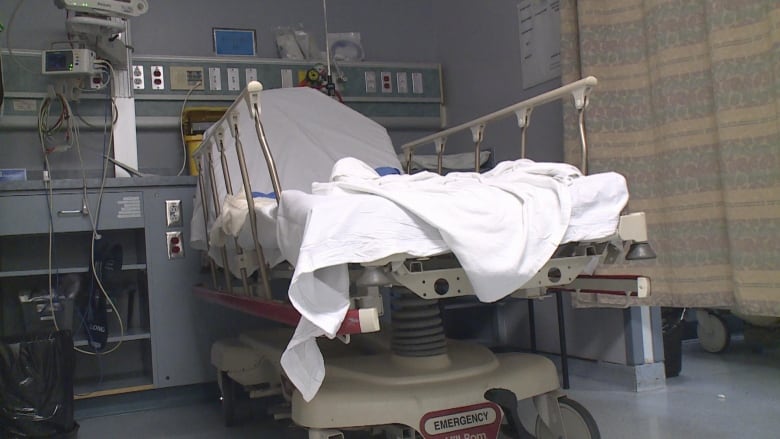 A hospital bed sits empty at Windsor Regional Hospital’s Ouellette Campus in a stock image in 2019. The hospital’s CEO says he supports Ontario’s plans to move hospital patients awaiting a long-term care home into a home that isn’t necessarily of their choosing. (CBC Windsor )

Following more details on the provincial government’s new controversial long-term care legislation, two Windsor-Essex hospitals are voicing support for the bill in the hopes that it will ease a backlog in surgeries and emergency room pressure.

On Wednesday, the provincial government said hospital patients awaiting spots in long- term care could be moved to nursing homes not of their choosing up to 150 kilometres away, with charges of $400 per day if they refuse and choose to stay in the hospital.

The $400 daily fee for those who refuse to be placed elsewhere, will come into effect Nov. 20, according to the government.

During a press conference Wednesday, executives from Windsor Regional Hospital and Erie Shores Healthcare said the new rules were a long time coming.

“This issue’s not new, I’ve been in health care for over two decades and this issue has been around for as long as I remember,” said David Musyj, CEO of Windsor Regional Hospital.

Musyj said hospitals are seeing increased demand from the community as a result of the pandemic, with surgeries having been postponed and more people now seeking care.

But both hospitals emphasized that this isn’t the only measure that will help solve the pressures they are facing.

The NDP and Ontario Health Coalition have spoken out against the bill in recent weeks, claiming that it targets vulnerable seniors and will only hurt them.

According to Windsor Regional Hospital, there are currently 33 patients who no longer need acute care and are waiting to move into their chosen long-term care home.

These patients, Musyj said, are taking up spots that could be used by people waiting in the emergency room or with scheduled surgeries.

This week alone, the hospital said it postponed or cancelled 11 surgeries because there weren’t any beds to accommodate patients.

“We’re trying our best to get back to 100 per cent of surgeries, we’re not near that as we stand now,” Musyj said.

Similarly, Erie Shores Healthcare in Leamington said it postponed or cancelled three surgeries this week and that on any given day, it has between 10 to 12 patients who no longer need hospital care.

Unclear if homes can accommodate

The province said health-care organizations will be advised to keep people being sent to long-term care “close to home” and respect their religious, ethnic and language preferences. It also said that couples won’t be separated.

Musyj said it’s unclear how much space local long-term care homes have to be able to accept hospital patients.

He said homes are starting to reopen some beds that were closed due to COVID-19 and hiring staff to support them, so they might not be immediately available.

He also said that since the cap is 70km away, the hospitals cannot place people at a distance further than that. Musyj also said that they will do their best to keep people close

Even though the bill comes into effect next week, patients can’t be charged until November.