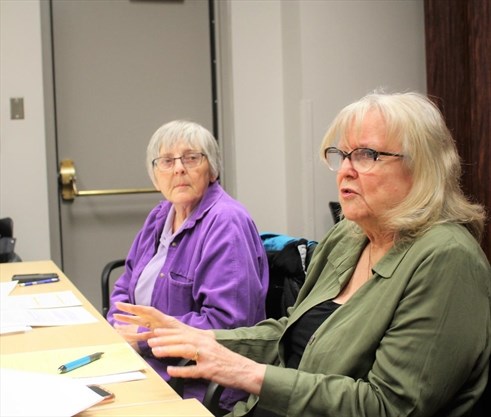 As incidents of violence increase at long-term care homes, an advocacy group says having more, better trained personal support workers on hand is needed to protect residents and staff.

Network 4 Long Term Care Advocacy Committee chair Carol Dueck is teaming up with Ontario Health Coalition board member and Niagara chapter president Sue Hotte to appeal to Queen’s Park to increase to at least four hours the level of care available per resident per dayat facilities across the province.

While increased staff levels and training might not prevent all incidents because of the “sudden acting out and the anger that happens” among many patients with dementia, Dueck said “you certainly would be able to reduce it by a whole bunch.”

Considering that incident and many others that are occurring in long-term care homes, the advocacy committee and the Ontario Health Coalition are continuing to advocate for a minimum standard of four hours of hands-on care per day for residents.

If there were enough staff on hand, Dueck said, workers would be able to “de-escalate an incident before it gets really bad.”

“Half the time you don’t even see what’s going on because you’re down the hall with two other patients and there’s just not enough hands on deck,” she said.

PSWs, Dueck added, also need to be trained to handle situations when residents become aggressive and violent, and there are not enough lockdown places to put people who cannot be controlled.

“It would reduce the risk both for residents and other staff remarkably if there were enough hands on deck, if there was four hours of care for everybody,” she said.

Hotte said the coalition has been investigating recent instances of violence in long-term care homes, and “had a series of recommendations in terms of what could be done to avoid that.”

“If you have the complement of staff to provide four hours of care, definitely you can reduce a lot of the incidents,” she said.

“Everybody has a least nine vacancies. That’s huge. Nine vacancies is just a nightmare,” she said. “It becomes a real problem.”

The OHC’s Caring in Crisis report makes 10 recommendations to help reduce the shortage of PSWs, including: enhance wages and working conditions for PSWs, establish a provincial human resources recruitment and retention plan to meet minimum care standards, equip long-term care homes with resources and training needed to cope with increasing behavioural problems among residents, and enhance the image of PSWs through a publicity campaign.