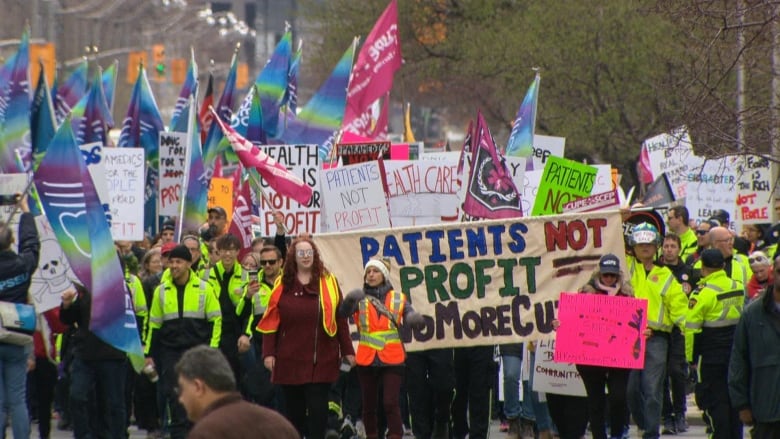 Protesters marched to Queen’s Park on Tuesday to protest the sweeping health-care cuts and reforms proposed by the provincial government. (Derek Hooper/CBC)

Thousands of demonstrators gathered on the south lawn of Queen’s Park Tuesday to protest against the Ford government’s cuts to public health services.

The rally, which was organized by the Ontario Health Coalition (OHC) and various unions, is taking aim at what the OHC is calling the looming “cuts, mega-mergers and privatization” of the province’s health-care system.

“They have no mandate to cut and privatize our health-care services,” said Natalie Mehra, executive director of the OHC, from a stage during the rally.

She criticized the province for making sweeping changes to the health system without legitimate public hearings or consultations.

“They’re cutting everything and people aren’t getting the results that they really need,” said Jean Kocak, who travelled from Windsor to attend the rally.

Others at the protest voiced concern at the prospect of increased privatization in the health-care system.

“This government claims to be for the people, and the people are here today, so let’s hope they listen,” said Katha Fortier of Unifor. “We know privatization is happening; we have to have a government that stands up to that.”

In its spring budget, the Tories also announced they would slash funding to public health units by $200 million, which amounts to a 27 per cent cut across Ontario.

“The more people who have family in hospital and see how hard it is to get beds, it’s starting to resonate,” said protester Linda White, who travelled from Kingston. 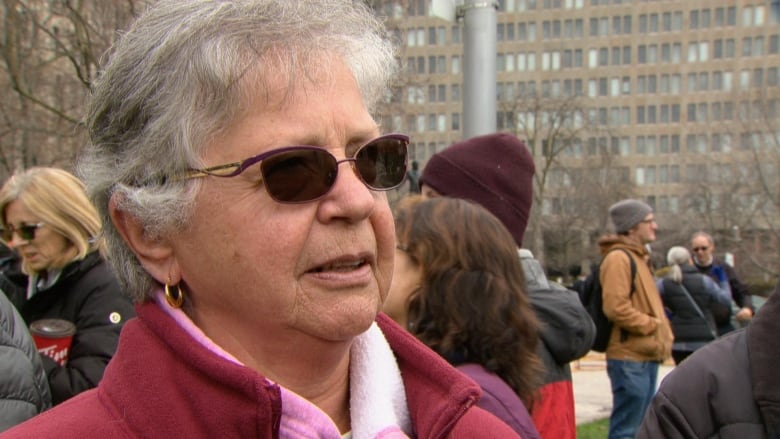 Earlier Tuesday during question period, Health Minister Christine Elliott described the cuts to local health units as “small adjustments” that will be spread out over three years.

She also insisted that Ontario does not plan to further privatize the health-care system.

Asked how she would address the protesters gathered outside her office, Elliott said: “I would say to them that we are committed to strengthening our public health-care system. That was the whole intention of bringing forward Bill 74.”

Elliott pointed to a $27 billion, 10-year capital funding plan as evidence that her government is committed to improving access and putting patients at the centre of Ontario’s health-care system.

Opposition and NDP leader Andrea Horwath criticized what she called the “reckless cuts to public health.” She said the proposed changes will affect Ontario’s existing struggles around long-term care and hallway medicine. 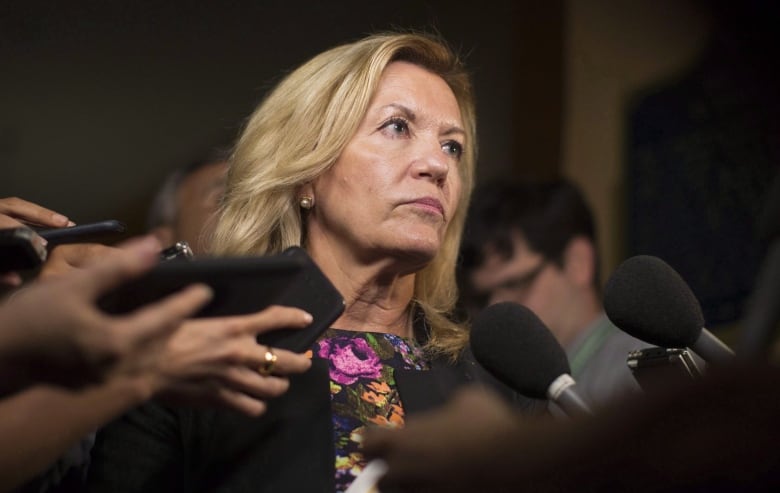 Toronto Mayor John Tory and several city councillors have also staunchly contested the province’s planned cuts to local health units. Tory has said the province’s cuts will have a $1-billion impact on Toronto over the next decade.

However, the Ford government argues that the city has miscalculated, and the actual impact of the cuts will be much smaller. The province says the cuts amount to just $25 million next year and $33 million in 2020-21.

“If the City of Toronto, first of all, has its priorities in place and spends the government dollars wisely and taxpayers’ money wisely, they will be able to provide those essential services,” Elliott said.

“There is a difference of opinion which we are trying to work through,” she added.