For the 14th year, Bob Hepburn reveals the winners and losers from across Canada, Ontario and the Toronto area. 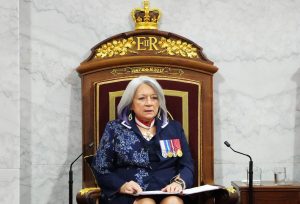 As another year of COVID-19 draws thankfully to a close, it’s time to look back on the people and events that made headlines in 2021.

In that spirit, here’s my 14th annual list of the Top 10 Winners and Losers from across Canada, Ontario and the Toronto area. As in the past, many big names and events failed to make the cut due to stiff competition, especially among the losers.

First, the winners, in no particular order: 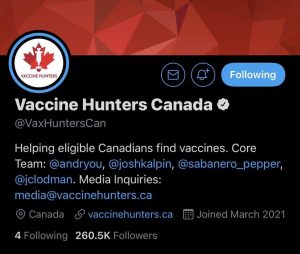 1. Vaccine Hunters Canada: This grassroots group, founded by web developer Andrew Young, 33, operates a website that aggregates all available COVID-19 vaccine appointments in the country to help people find vaccines in their communities. Since vaccinehunters.ca. was launched in March 2021, it has gained some 500,000 followers on social media and connected more than 1.2 million people to vaccine appointments.

2. The two Michaels: Michael Spavor and Michael Kovrig were freed after being arbitrarily detained for more than 1,000 days in separate Chinese prisons. The release of the men came just hours after U.S. prosecutors agreed to drop charges against Huawei CFO Meng Wanzhou, who was being held in Vancouver.

4. Damian Warner: This London athlete won the Olympic decathlon gold medal, earning the unofficial title of “the world’s greatest athlete.” He also was awarded the Lou Marsh Trophy as Canada’s athlete of year. 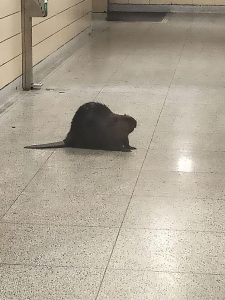 6. Rascal, the Royal York beaver: This commuting beaver walked into the Royal York subway station in Toronto and was eventually removed safely from the platform after being described as “in distress” — possibly from waiting so long for the next train.

7. Omar Alghabra: The federal transportation minister displayed grace and calm after being despicably smeared by Bloc Québécois leader Yves-François Blanchet with an unfounded insinuation that the respected Mississauga Centre MP is a Muslim radical.

8. Andrew Boozary and Natalie Mehra: This executive director of social medicine at Toronto’s University Health Network and this executive director of the Ontario Health Coalition both played critical — and unheralded — roles during the COVID-19 crisis in pushing for measures to address health inequities exacerbated by the pandemic and in highlighting continuing problems in long-term-care facilities.

9. Tobias Lütke and Fiona McKean: This Shopify CEO and his wife donated $2 million to each of Canada’s 13 acute care children’s hospitals, for a total of $26 million.

10. Justin Trudeau: Despite heavy criticism for calling an election that his critics insisted “nobody wanted,” the Liberal leader won a third consecutive term as prime minister in a vote whose outcome was almost identical to the 2019 election. 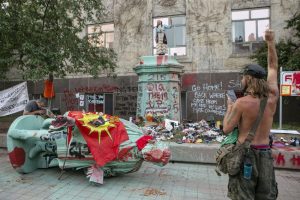 1. Egerton Ryerson: His name was dropped by Ryerson University and his statue was toppled by protesters in the wake of the discovery of mass graves of Indigenous children at several residential schools. Long called the father of public education in Ontario, Ryerson is now considered by critics as one of the architects of the disgraced residential school system.

2. Julie Payette: This former astronaut became the first Canadian governor general to resign after an independent review of Rideau Hall found she presided over a toxic work environment, including yelling, screaming and public humiliations toward her staff.

3. Henry Hildebrandt: This firebrand pastor of the Church of God Restoration in Aylmer, Ont., is one of Canada’s most controversial anti-vax crusaders, leading huge (and sometimes illegal) anti-lockdown rallies at home and across the country.

4. Anti-vax protesters: These noisy demonstrators are now staging despicable rallies at clinics where children as young as 5 are entering to get their COVID vaccinations.

5. William Amos: This Liberal MP from Quebec was caught twice — not just once — exposing himself during virtual proceeding of the House of Commons. He later entered a “wellness program” to work “with a health team to address stress and time management challenges.” It was no surprise when he didn’t seek re-election. 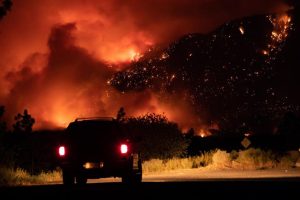 6. B.C. residents: It was an environmental disaster on the West Coast, first with a prolonged stretch of record-setting heat; then with massive wildfires, including one that destroyed the entire town of Lytton; and finally with historic rainfall that caused widespread flooding, evacuations and deadly mudslides. 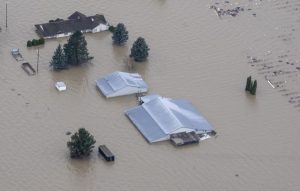 7. Laurentian University: The Sudbury-based school became the first major Canadian university to file for creditor protection after suffering a financial meltdown that brought it to the brink of being unable to pay its staff. The university is now refusing to turn over key financial records to an Ontario legislative committee.

8. Maple Syrup: Strange, but true, the Quebec Maple Syrup Producers group was forced to release a whopping 22.7 million kilograms of the “liquid gold” from its strategic reserves because of shortages caused by surging world demand and lower production. 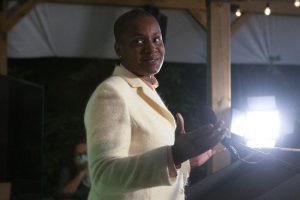 9. Green Party: This political party is on the verge of bankruptcy after a disastrous election outcome, a collapse of donations, layoffs of headquarter employees and lawsuits between the party and Annamie Paul, who resigned as leader, calling it “the worst period” in her life.

10. Jason Kenney and Scott Moe: These once popular premiers of Alberta and Saskatchewan respectively, who both took a cavalier attitude toward imposing COVID-19 restrictions, are now facing major unrest among voters over their mishandling of the health crisis, with polls showing Kenney’s party leadership on “life support” and serious doubts growing about Moe’s competency.