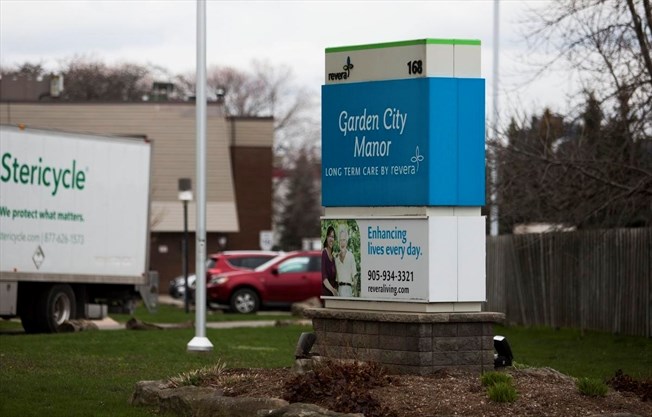 While the number of COVID-19 outbreaks in health-care facilities across the province has begun to stabilize, a new Ontario Health Coalition report warns that the number of infections and fatalities within those facilities has continued to increase.

The coalition released its findings in a report Friday, after tracking people who have been infected during outbreaks in hospitals, long-term care and retirement homes, public health units, clinics and other care facilities, as well as among other health professionals such as paramedics.

The study says there are now 229 active outbreaks in Ontario facilities, compared to 349 two weeks earlier on May 19, calling it a “significant decrease,” although the coalition says it might not have been able to identify some active outbreaks because of a decrease in public reporting.

However, the study says the total number of patients or residents of those facilities infected with the virus has increased to 6,711 confirmed cases — an increase of 593 cases since May 19.

The coalition says the number of fatalities with the facilities has also seen a “dramatic increase,” with 1,919 reported on June 2, up from 1,621 deceased as of May 19 — an increase of 18.4 per cent.

Niagara, too, has struggled with several severe outbreaks at health-care facilities, although currently only Garden City Manor in St. Catharines and Albright Manor in Lincoln have outbreaks.

While the deaths are ‘tragic,’ Niagara’s acting medical officer of health, Dr. Mustafa Hirji, said it is not unexpected that after three weeks the number of deaths will have increased.

“We’re unfortunately not at a stage where we’re going to see things flat-lining here with no new cases in Ontario. I’m surprised if that was the case,” he said.

The coalition’s report shows that number are increasing more slowly that they had been two weeks earlier.

Although the coalition’s report says “by every measure the outbreaks in health care settings are not under control and that more effective measures are needed to protect residents, patients and staff,” Hirji said the information provided by the provincial health-care watchdog carries a different message.

“I think there’s a lot of good evidence here that things are coming more under control, that we’re seeing less spread of COVBID-19,” he said.