Unions, advocates for seniors call for inquiry into discrimination against elderly in health care 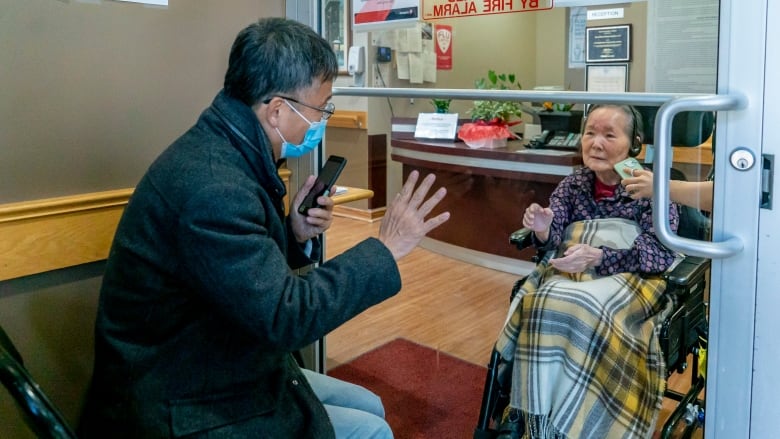 A coalition of health-care advocates and union groups is calling on the Ontario Human Rights Commission to conduct an inquiry into “systemic discrimination based on age against the elderly in the provision of hospital and long-term care,” citing already-dire conditions that have been made significantly worse by the pandemic.

The Ontario Health Coalition, the Ontario Council of Hospital Unions — part of the Canadian Union of Public Employees (CUPE) — and the Advocacy Centre for Elderly said Thursday that packed hospitals are discharging elderly patients who still need care, and that seniors in long-term care homes have struggled to get hospital treatment even after contracting COVID-19.

Even before the pandemic, lawyer Jane Meadus says her organization — the Advocacy Centre for the Elderly, a legal clinic — would get calls about long-term care residents who hadn’t been bathed for weeks, or been left to sit in soiled diapers. Now, she hears regularly about people who have been left to die from COVID-19, instead of being transferred to hospital where they would get better care.

“As Canadians, we like to be proud of our healthcare system and (its) equal access,” she said in an online press conference. “When it comes to the elderly, that is clearly not happening.”

According to numbers compiled by the event organizers, 294 long-term care residents from Hamilton and the Niagara Region have died so far during the pandemic. They cited a University of Toronto study that found only 20 per cent of long-term care home residents who died from the coronavirus in Ontario were transferred to hospitals before they died.

“(They were denied) all the resources modern medicine had to offer in the super hospitals of Hamilton and Niagara,” said Michael Hurley, president of the Ontario Council of Hospital Unions. “Thousands of critically ill residents were not transferred to hospitals, left to die, and left to infect others in facilities not equipped to deal with COVID-19.”

“We submit that Ontario’s long-standing policy of ‘de-hospitalizing’ the health care system by cutting the number of public hospital beds to levels far below population need – and especially, complex-continuing care beds needed by predominantly elderly patients – while at the same time under-resourcing long-term care homes, has had, and continues to have, a disproportionately negative effect on the province’s elderly,” they wrote in a letter to chief human rights commissioner Ena Chadha sent Tuesday.

“The effect of this policy is that elderly patients are denied appropriate hospital care and discharged into circumstances in which there is inadequate provincially-funded care, thereby jeopardizing their health.”

As of Thursday, they had not received a response.

CBC Hamilton asked the provincial ministries of health and long-term care for their response to the group’s demand for an inquiry — and if there was any policy direction preventing long-term care homes from sending COVID patients to hospitals — on Thursday, but had not heard back by the time of this article’s publication

The coalition pressing for the inquiry says thousands of hospital beds have been cut over the past three decades from Hamilton and Niagara alone. They say underfunded long-term care has led facilities to have inadequate staffing, and also led to long waiting lists for a spot. In Hamilton, they say wait times for long-term care homes can be more than two years, while in Niagara, they can be as long as 3.5 years.

Natalie Mehra, director of the Ontario Health Coalition, said Thursday that the horrors that have taken place in long-term care during the pandemic are the result of decades of governmental neglect.

“We’ve heard from family members who were discharged out of hospitals to long-term care homes in COVID outbreaks,” she said. “I spoke with a man whose mom was… not told the home was in outbreak… She contracted COVID-19 and was left alone in her room after her roommate died. She died alone in her room.

“There is also a systemic ageism,” Mehra added, “that treats our elderly as though their lives have less meaning.”