‘We Will Fight’: Group rallies in hopes of saving hospital addiction beds

Following a community conference call, which saw more than 2,000 North Bay residents call in, the Ontario Health Coalition (OHC) hosted a rally in support of the beds.

“There needs to be a range of services. We call it a continuum of care from the community to the most acute kind of care,” says OHC Director Natalie Mehra. “North Bay has a bunch of gaps in services. It also has a waitlist in services.”

The Canadian Union of Public Employees (CUPE) along with the Ontario Council of Hospital Unions and the Ontario Health Coalition claim that despite no layoffs to hospital staff, without the beds patients will fall through health care cracks.

Former addict Mary Morin has been clean for 10 years. She said without the addiction treatment hospital program, she wouldn’t be alive today. Now her son is facing a similar addiction battle and fears for his life.

“The closures should not happen,” says Morin. “I, myself have a son who is addicted to heroin and meth right now and he’s walking the streets of North Bay and he’s asked for help and they’ve turned him down because there’s no room for him anywhere.”

Nipissing MPP Vic Fedeli said the unions are “fanning the flames” over fears mental health and addictions patients will be left with no services.

“We have this out-lying group that wants to challenge everything that’s done. But, I know that the health-care professionals are doing the right thing,” Fedeli told reporters.

Fedeli also backs his case saying the Ford Government added $4.5 million in funding for the hospital.

The health-care professionals Fedeli is referring to is in relation to North Bay Mayor Al McDonald’s roundtable meeting with 29 community stakeholders that was held last fall.

A study was conducted and an action team decided that the best way to tackle mental health and addictions is to re-allocate $ 1.8 million in funding from the hospital to a transitional housing and crisis stabilization centre with approximately 50 beds. It is set to open this summer and some of the services at this centre will be run by hospital staff.

“If we can get that up and running, we’ll be looked to as a city in the province that really took a number of steps to try and resolve a lot of the issues that we’re facing,” McDonald said Tuesday afternoon.

However, the OHC doesn’t believe the re-allocation plan will work to help those in need.

“This plan does not solve those problems. However, the increase in withdrawal management in the community is great. The replacement of the closed crisis beds is a good thing, but we think the closure of the residential treatment beds is a dangerous, risky thing,” Mehra says.

The OHC says addiction rates in northeastern Ontario are higher than southern Ontario, adding that overdose-related hospital emergency room visits between 2016 and 2019 have gone up from 39 to 114 in 2019. 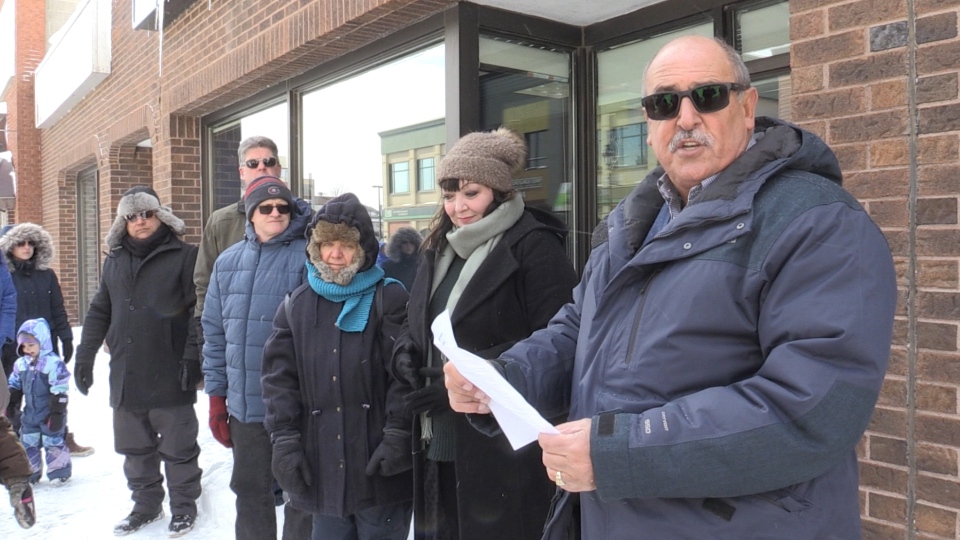