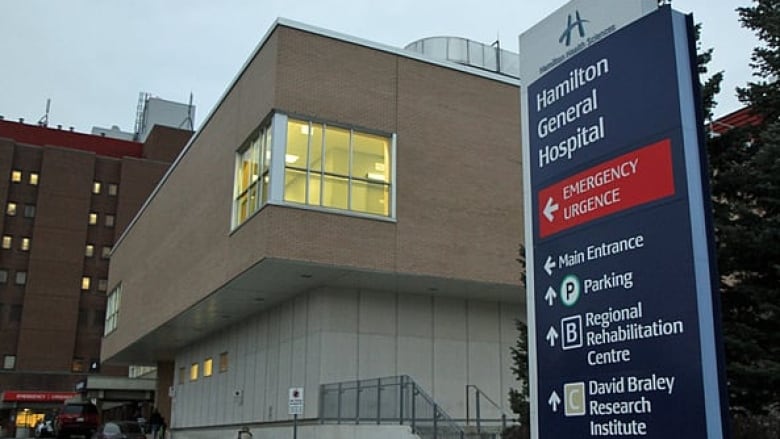 The head of clinical operations at Hamilton Health Sciences (HHS) says that the adult medical surgical unit at Hamilton General Hospital has been running over capacity since August 2016 — and staff are doing all they can to support patients.

Executive vice president clinical operations and chief operating officer Dr. Wes Stephen said that physicians and staff go above and beyond to provide care, but that there’s a fair amount of pressure on them to operate to such a high demand.

“We’ve continually operated approximately 100 unfunded beds on a daily basis —so we’ve been essentially running a medium-size hospital which has not been funded. And our resources are sort of running thin.”

Data obtained by CBC News through a Freedom of Information request revealed that Hamilton General Hospital exceeded its total capacity almost every single day for acute care within the first six months of last year— 172 days total out of the 181 day stretch.

The situation at the General is part of what is a new normal in Ontario health care — year round gridlock, according to the data analyzed by CBC.

Overcrowding has become so common in Ontario hospitals that patient beds are now placed in hallways and conference rooms not only at times of peak demand, but routinely day after day.

Out of 169 acute care hospital sites across Ontario, Hamilton General Hospital is the fourth most frequently filled beyond capacity. It’s just seven overcrowded days behind Mackenzie Health’s Richmond Hill hospital, which was over capacity for all but two days of the six-month period.

About one third of unfunded beds in hallways, sun rooms

Stephen, in an interview in response to the CBC data, said that tough decisions have to be made on how to use resources as the hospital treats more patients than it receives funding for. The amount of funded beds, he said, has not grown significantly.

About a third of the unfunded beds are in “unconventional spaces” —  hallways and sun rooms.

And another third is actually in the emergency department waiting for beds.

“We have on average about 30 patients or 35 patients a day that are not in a conventional bed,” he said. “I think most of us would suggest it’s not a situation that we would want for ourselves or our family.”

He also noted that the General houses the sickest patients, as the home for specialty care for trauma, strokes, neurosurgery, cardiovascular surgery, burns, and heart attacks. In recent years, HHS has taken $200 million out in efficiencies to try and balance the budget, Stephen said, but they’re “running out of runway.”

“We are concerned about the overcapacity and trying to maintain those regional programs for the sickest people in the province,” he said.

He explained that challenges leading to overcapacity include servicing aging and disadvantaged populations with high-users of acute care.

The phenomenon known as “alternate level of care,” where patients do not need to not be in the hospital, but cannot be safely discharged home, is also contributing. The Ontario Hospital Association reports that ALC patients grew over the past five years from between 3,500 and 4,000 to over 5,300 by September 2019.

‘Very difficult at the best of times’

Hamilton will be among the first cities to undergo the provincial government’s overhaul of the health care system and implement a “health team”, which the city said would, at least in some part, address hallway healthcare.

But the current environment, Stephen said, is stressful for staff as they “roll up their sleeves” and work to maintain quality of care.

“We have incredibly dedicated staff,” he said.

“The nature of the business is very difficult at the best of times. And I am proud to say that our staff and physicians step above it and are totally committed to providing great care.”

“I really feel strongly that under these circumstances, the resilience of our teams impresses me on a daily basis.”

One way HHS is working to combat overcapacity is through a program where workers go out into the community to help high-frequent users of the emergency department to avoid admissions to the hospital.

Among “hundreds” of projects, some include short-stay surgeries for joint replacement and an increase in surgeries that get patients in-and-out in a day. There are also virtual visits for people post-cardiac surgery.

Ontario has fewer acute care hospital beds per capita than any other province — 1.4 for every 1,000 people, which is a rate in line with Mexico. It has stayed relatively the same for around 20 years despite the population of Ontario growing by 3 million people.

While the General rates as one of the most crowded in the province, for the first half of 2019, most Hamilton hospitals and select hospitals in Niagara were regularly overcrowded and operating at over 100 per cent capacity for acute care.

In a statement, The Ontario Health Coalition said that CBC News’ release of Ontario hospital data “should spark outrage” and that “too little is being done.”

They noted that “one-third of Ontario’s hospitals hit levels of overcrowding that are higher than those deemed a “humanitarian crisis” by the Red Cross in the U.K.”

The Ontario Hospital Association’s 2020 budget recommendations call for a 4.85 per cent funding increase to $922 million to “maintain access to care.” It also says that Ontario spends less per capita on hospitals than any other provincial government.