With no bed in his local hospital, Ontario cancer patient is stuck in B.C. 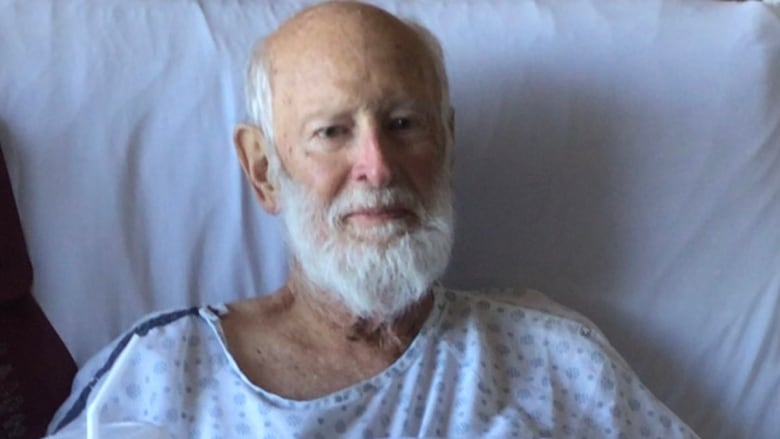 Brian Wootton is in hospital in Victoria, B.C., waiting for his local hospital in Owen Sound, Ont. to find a bed so he can be transferred. Officials with the Grey Bruce Health System say the Owen Sound facility has been over capacity for weeks. (Laurie Wootton)

An Ontario man with cancer is languishing in hospital in British Columbia because his local hospital does not have a bed available.

Brian Wootton seemed healthy when he and his wife began their planned three-week trip to the west coast in June. But he fell ill, was admitted to the Royal Jubilee Hospital in Victoria, B.C., and was diagnosed with a rare form of non-Hodgkin T-cell lymphoma.

Royal Jubilee filed a request more than two weeks ago to transfer him to Grey Bruce Health Services in Owen Sound, Ont. — the major hospital nearest his home — but he is still in Victoria because the Owen Sound facility is full beyond capacity.

“It’s been a total nightmare, as you can imagine, having to spend every day at the hospital and every night alone in a hotel room,” his wife Laurie Wootton told CBC News in an interview over Zoom from the hospital in Victoria.

“It’s been an incredibly lonely, frustrating, feeling out of control kind of situation.”

Their plight is one more example of how stretched hospitals are in Ontario, following a summer of emergency room closures and record-long wait times for patients to get admitted. The Ford government responded in August with a five-point plan aimed at reducing the number of people in hospital. 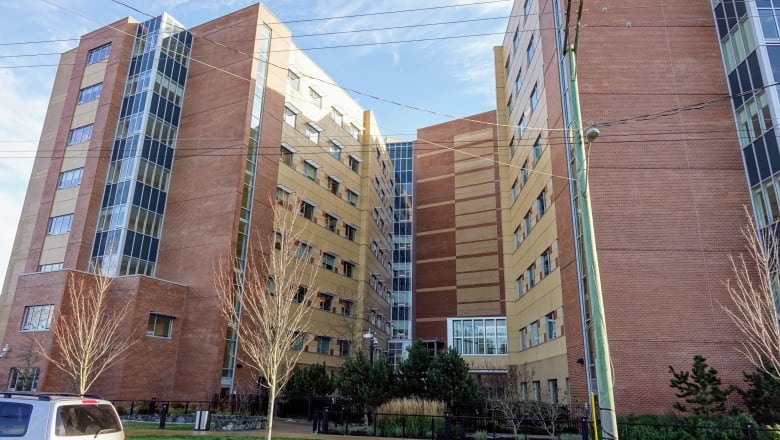 Wootton was admitted to Royal Jubilee Hospital in Victoria, B.C. in late June and diagnosed with a rare and aggressive form of non-Hodgkin T-cell lymphoma. (Mike McArthur/CBC)

“All of the paperwork has been in for about two weeks and so far we’ve had really no news at all,” said Wootton. “No one understands what is taking so long.”

She said staff at the hospital in Victoria have “tried very hard to get through to the right people to make all of this happen, but we seem to be in some sort of administrative hell, quite frankly, from the other end.”

A spokesperson for Grey Bruce Health System said the hospital in Owen Sound is over capacity every day, short-staffed in many departments and has in the past two weeks postponed elective surgeries for some patients who may require an overnight stay, because no beds were available.

“We are aware of this family’s situation, and we are working to do what we can, given our own capacity issues, to support this patient,” said Mary Margaret Crapper, the hospital’s chief of communications and public affairs, in a statement to CBC News.

Crapper said the hospital’s first goal is to provide beds to emergency room patients who need admission, but it has been unable to accommodate some of them on medical inpatient wards, so they’ve had to stay in the ER.

“To complicate matters, one of our medicine units is in a COVID-19 outbreak, and until the isolation period is over, we are unable to admit new patients to that unit, nor discharge any patients going to another facility such as long-term care,” she said.

Brian and Laurie Wootton were vacationing in British Columbia when he fell ill and was admitted to hospital. (Submitted)

Natalie Mehra, director of the union-backed Ontario Health Coalition, says while the current strain on the province’s hospitals is unprecedented, it is the result of long- running downsizing.

“In this competition for scarce resources, patients are paying just a horrific price,” said Mehra in an interview. “It’s not fair and it’s not something that a local hospital can sort out. These are political choices made by our provincial governments.”

Wootton says she feels distressed about the wait for a bed at the Owen Sound hospital and concerned about what her husband’s experience will be once he is transferred.

“I know the pressure hospitals are under and have been under with the pandemic, she said.

“This is the first time we’ve needed their help, and we feel we’re being forgotten.”