Neglect shouldn’t be an option.

Ontario has no regulated staffing level for its publicly-funded long term care homes. Isn’t it time it should? 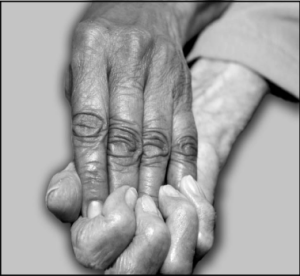 Most provinces and U.S. states have set standards of care for seniors living in publicly-funded long term care homes.

While these jurisdictions were adopting and improving these standards, in 1995 former Premier Mike Harris eliminated Ontario’s bare bones requirement for 2.25 hours of care per resident per day.

By 2001, PriceWaterhouseCoopers confirmed what everyone already knew: Ontario had the worst level of care among all jurisdictions examined.

Dalton McGuinty vowed to bring back these standards during the 2003 provincial election. This winter the health minister said that a regulation was coming soon. Will it be enough?

Ontario needs quality standards to ensure residents are properly looked after. The need for some homes to maximize profits cannot be at the cost of providing front line care.

To improve the health of residents, studies have shown that long term care residents should receive an average of 3.5 hours of personal care per day as a minimum.

Ontarians are ahead of the government on this issue. In a January 2007 Vector Poll, two out of three respondents said government should establish minimum staffing standards.

What you can do

Contact your MPP: Demand Ontario take proper care of its citizens and insist government set a minimum average of 3.5 hours of care per day in long term care homes. Neglect should not be an option. Ontario can do better.

Help spread the word: Write a letter to the editor. Talk to your neighbours and friends. Distribute leaflets and posters.

Sign a petition: Petitions are now circulating in your community. Copies of the petition can be downloaded from the Ontario Health Coalition website.

“…instances of neglect will continue unless care levels keep up with the increasingly complex
physical and mental needs of elderly residents.” — Toronto Star Editorial, April 2, 2007

This message brought to you by: Ontario Health Coalition
www.ontariohealthcoalition.ca 416-441-2502